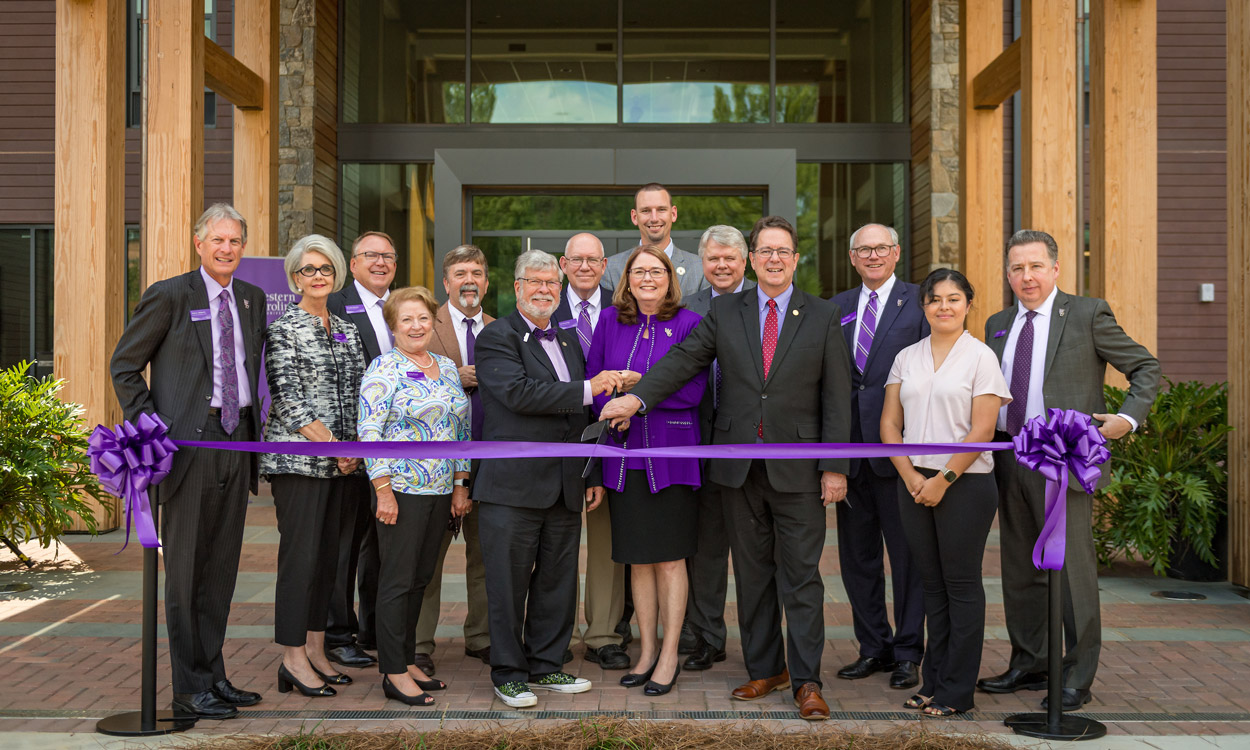 "The Rocks" were officially opened Friday, Sept. 2, with a ribbon cutting ceremony.

When Western Carolina University officials held a ribbon-cutting event to officially open “The Rocks” freshman residence halls on Friday, Sept. 2, it was more than just a ceremonial gathering.

Instead, it was a new chapter in WCU’s history celebrating and highlighting a new project that integrates into the university’s larger mission of serving the region and alumni.

“On this project, our senior project manager, assistant project manager, field engineer and both superintendents are all WCU alumni,” Chancellor Kelli R. Brown told the crowd at the outside event. “This is one of the benefits of partnering with a local general contractor like Vannoy. Getting to see graduates return to campus and apply the knowledge they cultivated here as students in their professions.”

In addition to alumni working on the large project, WCU students served as interns as well.

“Having interns currently enrolled in WCU programs involved in these types of projects offers invaluable experience, ownership and pride in seeing their successful contributions to their campus come to life,” Brown said. 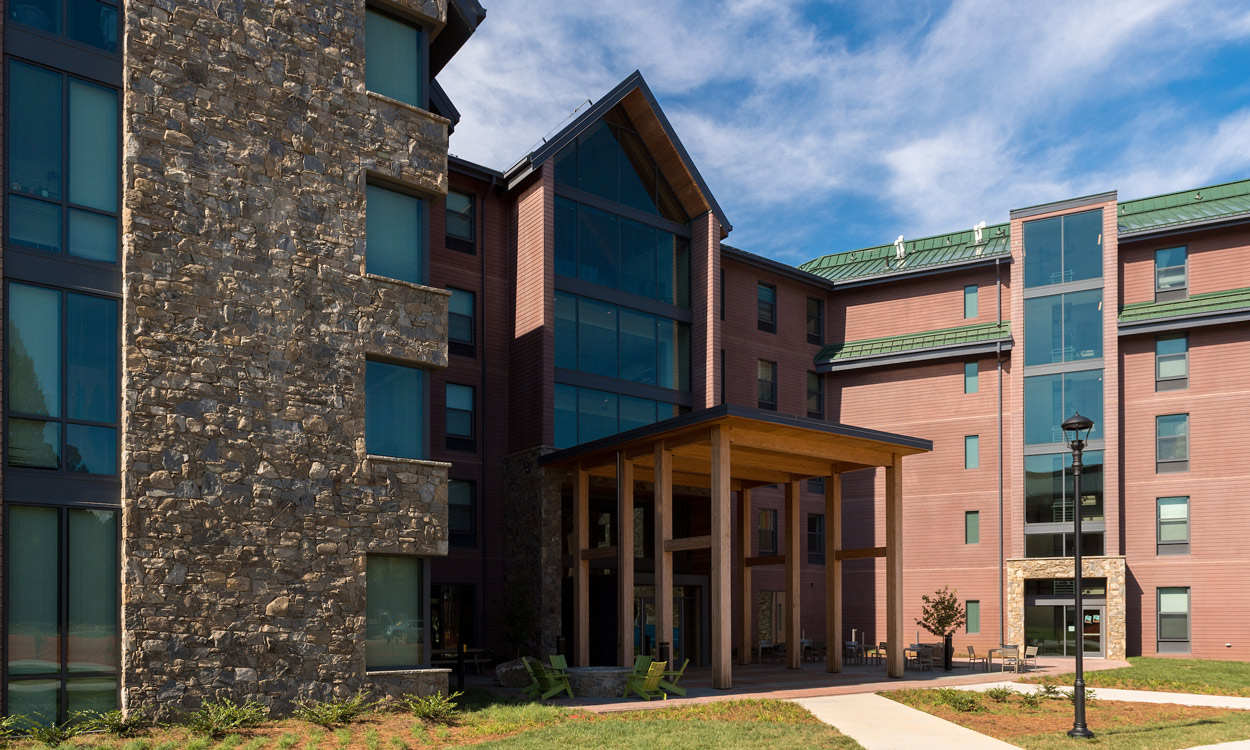 “I am very fortunate to live here,” said 18-year-old Aaron Hoyle-Rivera of Shelby. “Everyone is so excited to be here and the residential living staff has been so helpful. There is nothing that they cannot answer.”

“I really like that we have a lot of open spaces where you can meet other people,” Newsome said.

The names for the residence halls are in honor of WCU’s stewardship role in the western mountains of North Carolina, references to the Smokies, the Plott Balsams and the Blue Ridge mountains. They have been reflected in the mission of the university from its inception in 1889.

The founding of WCU included the “Cullowhee Idea,” which was to serve “the people of this place and to provide for their educational needs.” To carry this naming tradition into the future and to create an integral core of residence halls on the lower campus, the WCU Board of Trustees unanimously voted in fall 2021 to approve their names.

Water Rock residence hall is named after Waterrock Knob, which is one of the highest points on the Blue Ridge Parkway. Waterrock Knob is roughly 25 miles from WCU’s campus and is known for its beautiful long-range views of several major mountain chains in the Appalachians.

Black Rock residence hall is named after Blackrock Mountain, which is part of the Plott Balsams. The mountain is located approximately 16 miles from campus and offers clear views of Sylva and Cullowhee.

Shining Rock residence hall is named after Shining Rock Mountain, which is part of the Great Balsam Mountains. It was given that name for the white quartz outcropping at its summit. The mountain is approximately 32 miles from campus.

“I’m looking forward to all of the memories these residence halls will hold in the future and I thank all of you for being a part of one of countless memories made today,” Brown said. 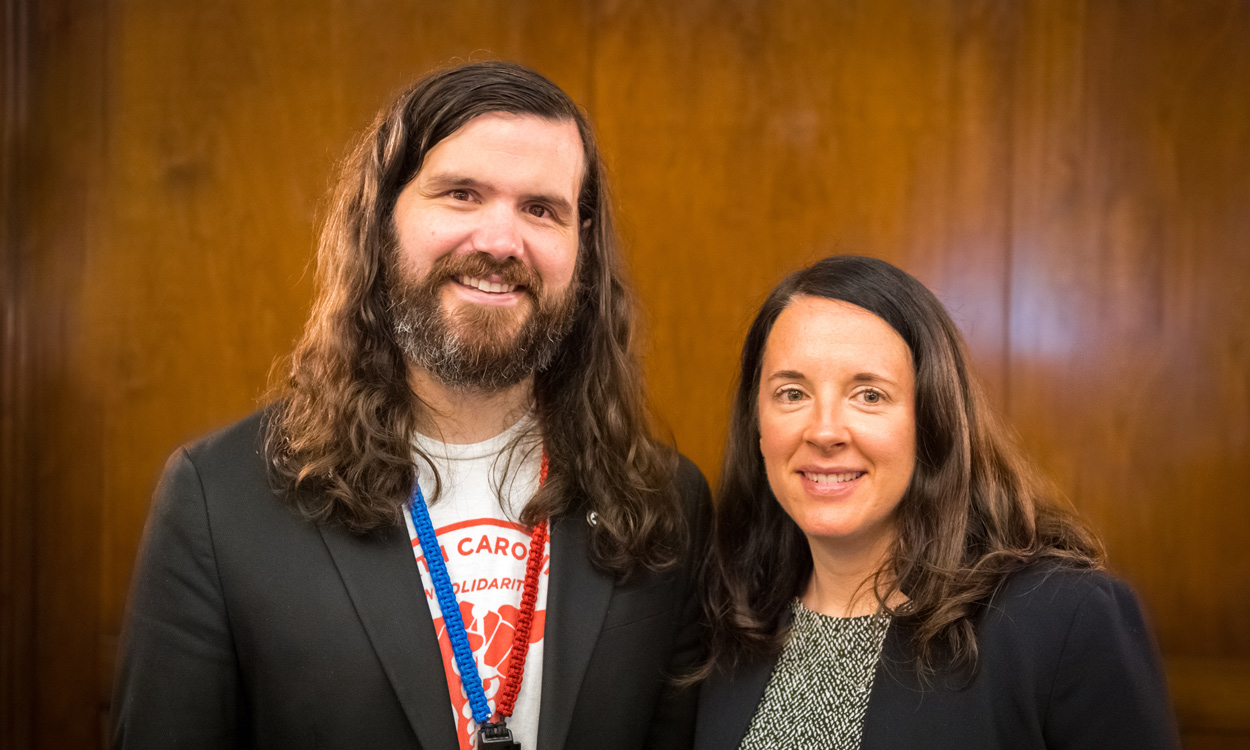