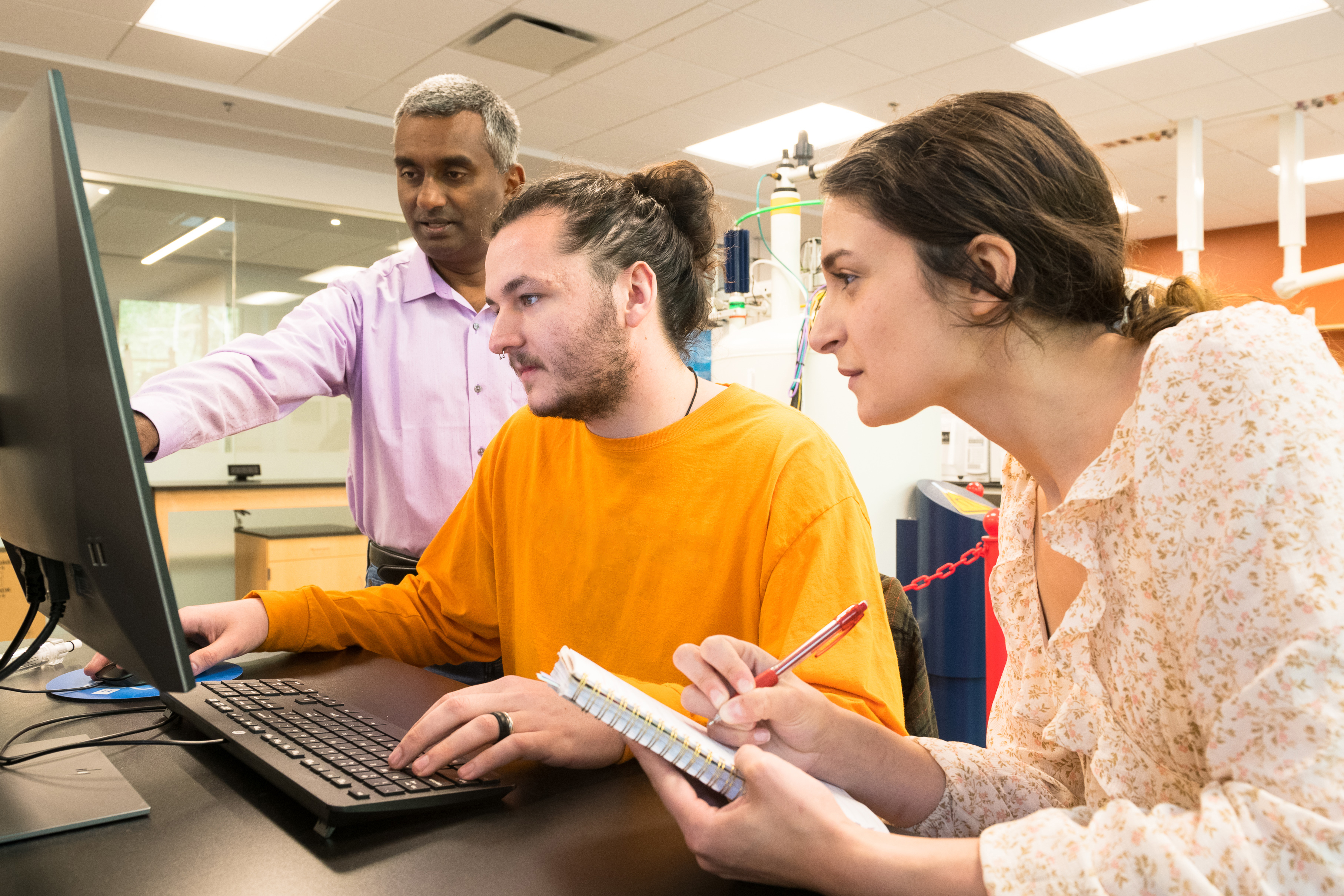 It’s an important question. Nuclear power provides about one-fifth of the electricity the U.S. consumes each year and more than half of its low-carbon energy. And one major challenge of expanding nuclear power generation as part of measures to reduce greenhouse gas emissions is the radioactive waste — a material that raises significant long-term storage and environmental concerns.

Research by De Silva and Sanders is helping U.S. Department of Energy scientists develop methods to extract and recycle the radioactive elements from spent nuclear fuel, a term for fuel after it has been used in a nuclear reactor.

Instead of storing such materials indefinitely, which is being done at nuclear reactor sites around the country, radioactive elements could be extracted and repurposed for more electricity generation, biomedical applications or other uses such as scientific research. That could help reduce the nuclear waste stream and long-term storage needs as well as the need to mine new fuel materials.

De Silva and Sanders submitted their research proposal to the Department of Energy. It funded their work through a visiting faculty program and partnered them with the Seaborg Institute at Los Alamos National Laboratory in New Mexico.

The two were to spend 15 weeks at Los Alamos last summer, using its powerful computers to run simulations exploring how well variously arranged phosphorus molecules could be used to selectively bind with different radioactive elements in spent nuclear fuel — a key step to then extract them for recycling.

The pandemic, however, prevented De Silva and Sanders from traveling to New Mexico for the project.

Fortunately, WCU could accommodate the research. De Silva had already licensed advanced simulation software with a provost grant as part of a previous Department of Energy research project exploring the effectiveness of nitrogen molecules as an extraction agent. And the new Apodaca Science Building at WCU included powerful computer workstations that could run the intensive simulation software and interface with the advanced network at Los Alamos National Laboratory.

Working with radioactive materials is difficult. The simulation software allowed De Silva and Sanders to more quickly and safely determine which of the molecular arrangements are the most promising, based on chemistry and quantum mechanics theories for their atomic and sub-atomic interactions with radioactive elements and other components of spent nuclear fuels. 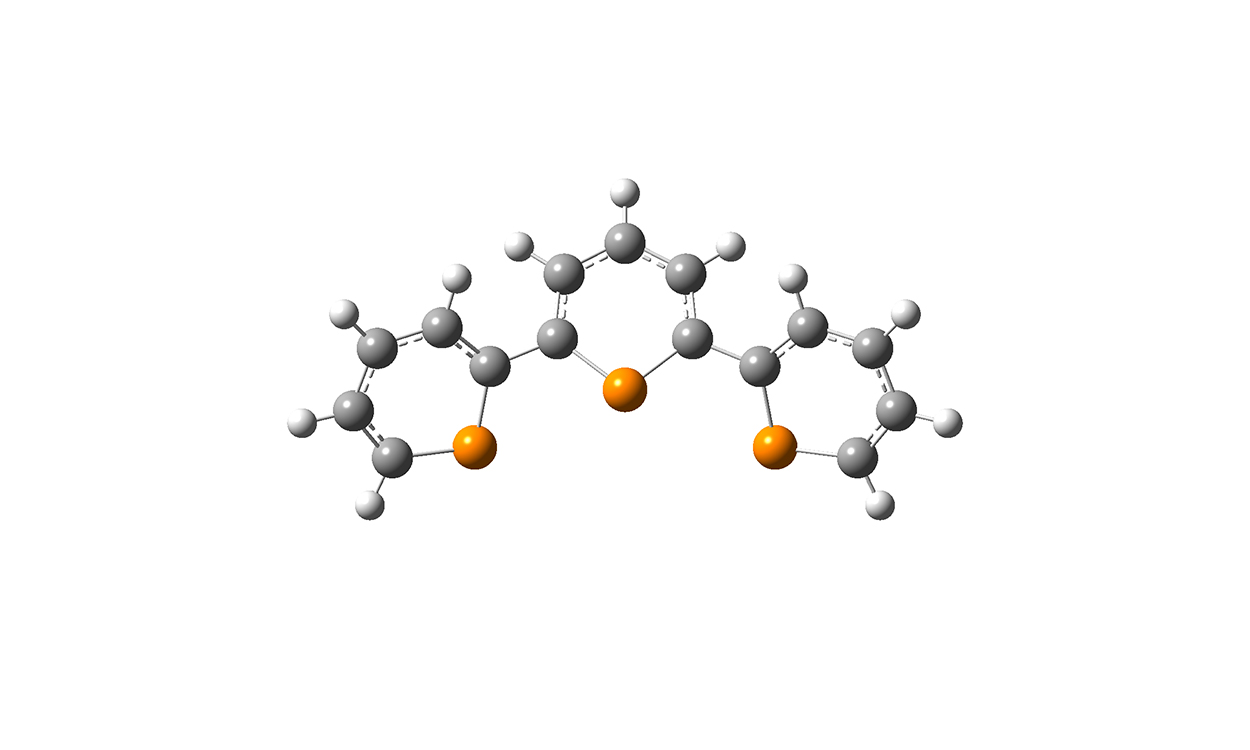 A rendering of a phosphorus molecule arrangement De Silva and Sanders tested through computer simulations for the U.S. Department of Energy. They explored various phosphorus molecules as possible extraction agents to remove radioactive materials from spent nuclear fuels so the materials can be recycled.

De Silva and Sanders found phosphorus molecule arrangements that appear to have the potential to bind with radioactive materials such as uranium, plutonium and neptunium with a high degree of efficiency and selectivity. “It’s promising,” De Silva said. “We can fine-tune which radioactive elements we extract based on the structure of the phosphorus molecules.”

Scientists at Los Alamos National Laboratory are continuing the research as De Silva and Sanders prepare to publish their findings. Scientists at the lab will build the most promising phosphorus molecules De Silva and Sanders identified for some real-world testing with nuclear waste. They will then share their findings with De Silva, who will continue to work with WCU students to improve the efficiency of the molecular arrangements, run more simulations and report back to the lab on their effectiveness as extraction agents.

Sanders, who is from Asheville, said the project was an incredible learning opportunity that helped him decide to pursue a doctorate in theoretical chemistry. He graduated from WCU last December with dual majors in chemistry and biology and starts his graduate studies this fall at the University of Tennessee, Knoxville.

“This project not only taught me about computational chemistry, but also how we manage nuclear waste. The experience has helped me decide where I wanted to further my studies and has opened lots of doors for me,” Sanders said.

WCU’s chemistry department will continue to work with the Department of Energy, De Silva said. It’s a relationship that’s helping the university develop an interdisciplinary nuclear chemistry and engineering program that offers advanced research and workforce opportunities for students.

Earlier this year, the U.S. Nuclear Regulatory Commission announced it will award a grant to WCU’s College of Engineering and Technology. Expected to be awarded soon, the grant funding will be available for two years, offering scholarships up to $5,000 per semester for juniors and seniors studying electrical power, mechanical and electrical disciplines. Students must agree to work in nuclear-related employment for six months after graduation for each year they receive the award. That initiative is being led by associate professor of engineering Bora Karayaka. Co-principal investigators include De Silva, assistant professor of engineering Andy Ritenour, and Chip Ferguson, an engineering professor and interim dean of the College of Engineering and Technology. 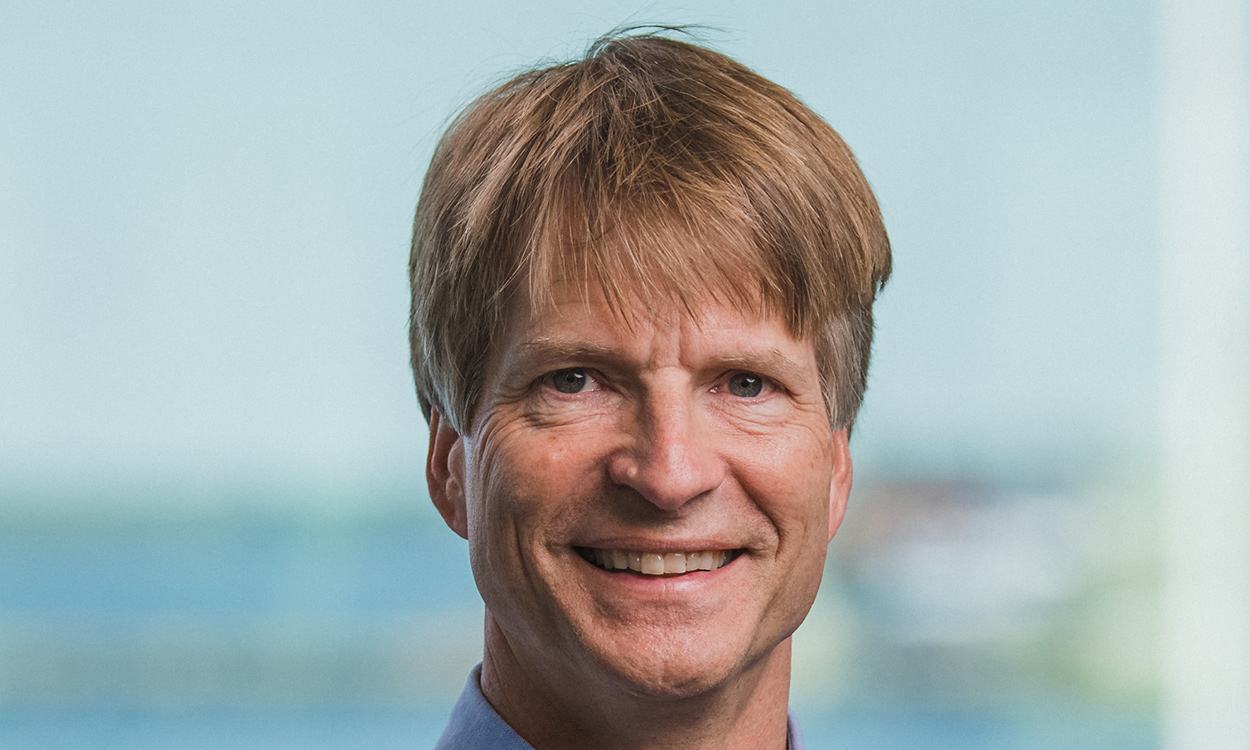 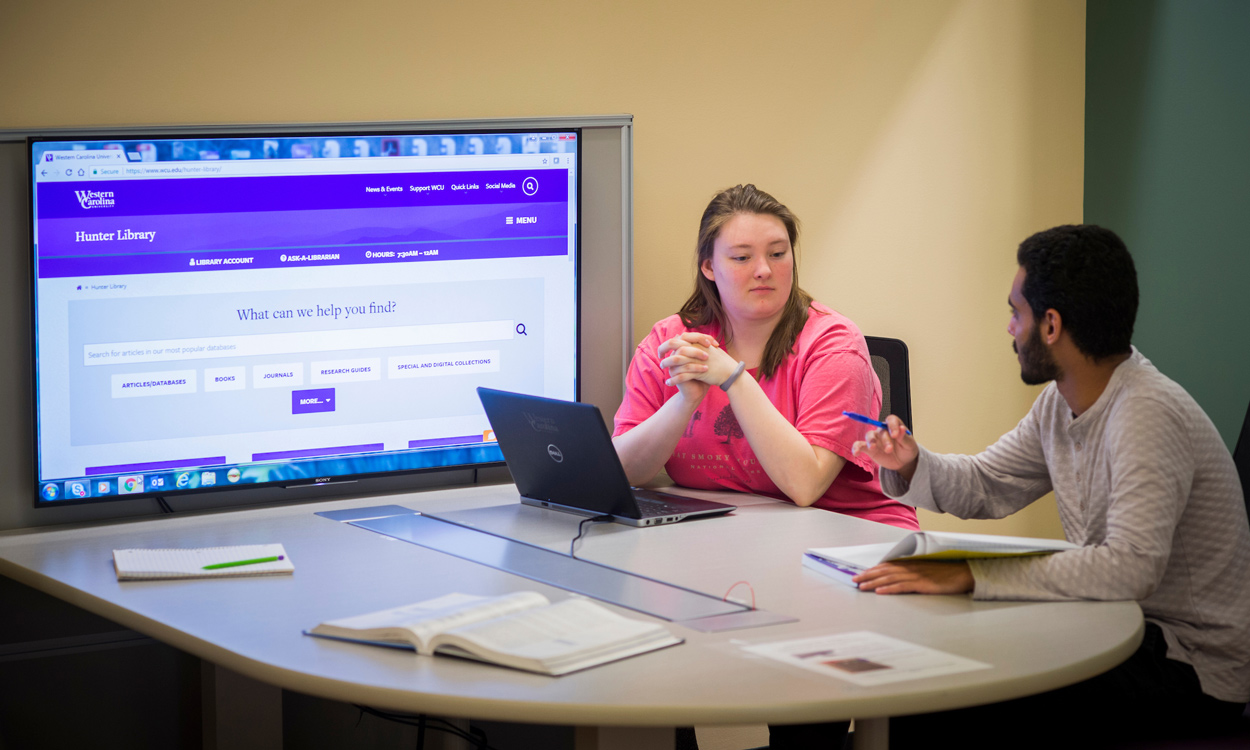