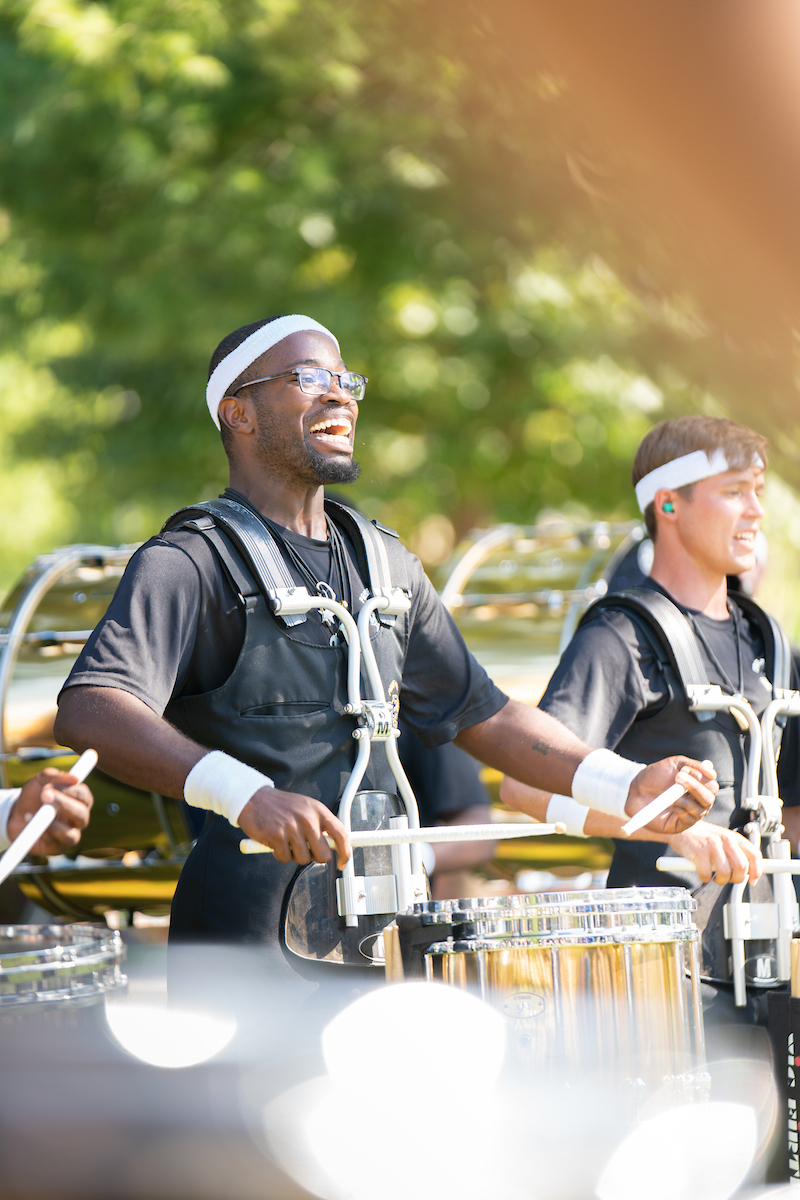 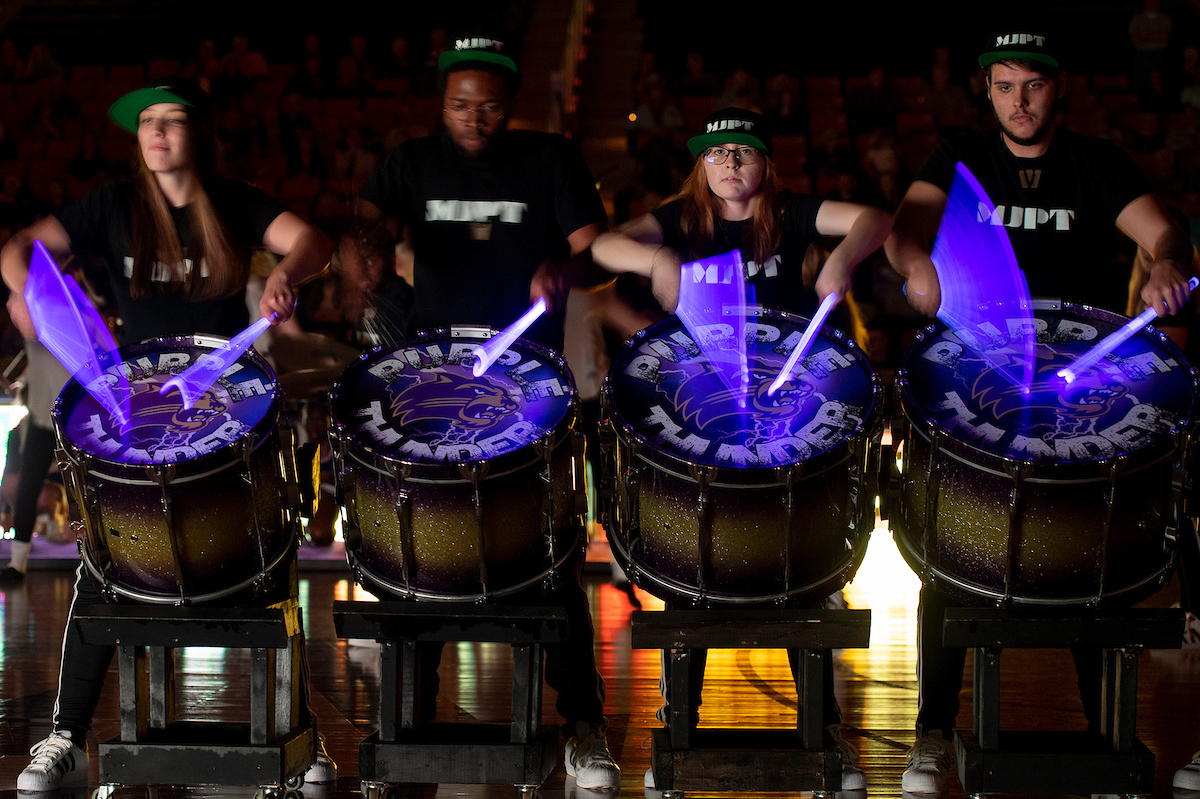 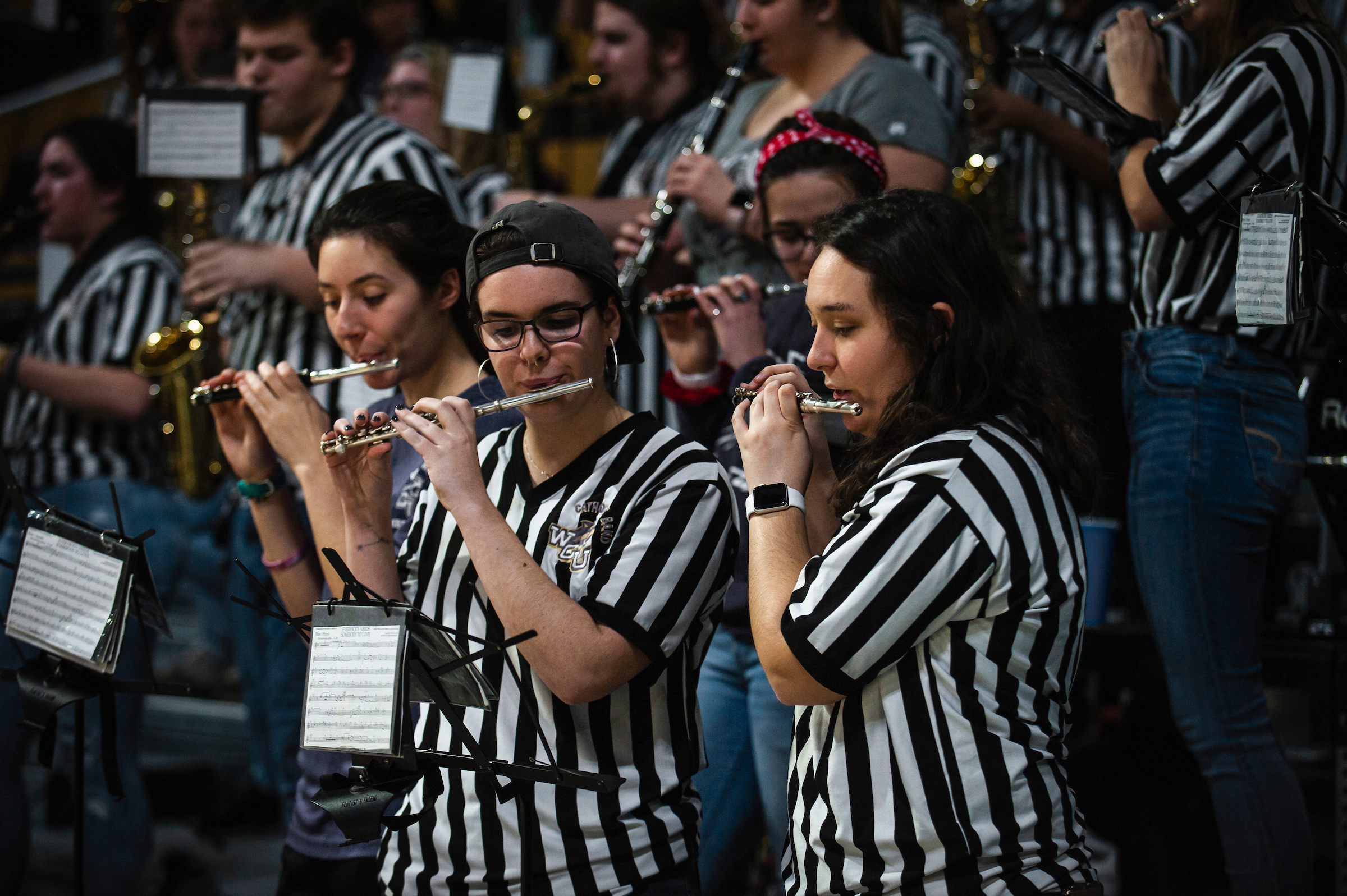 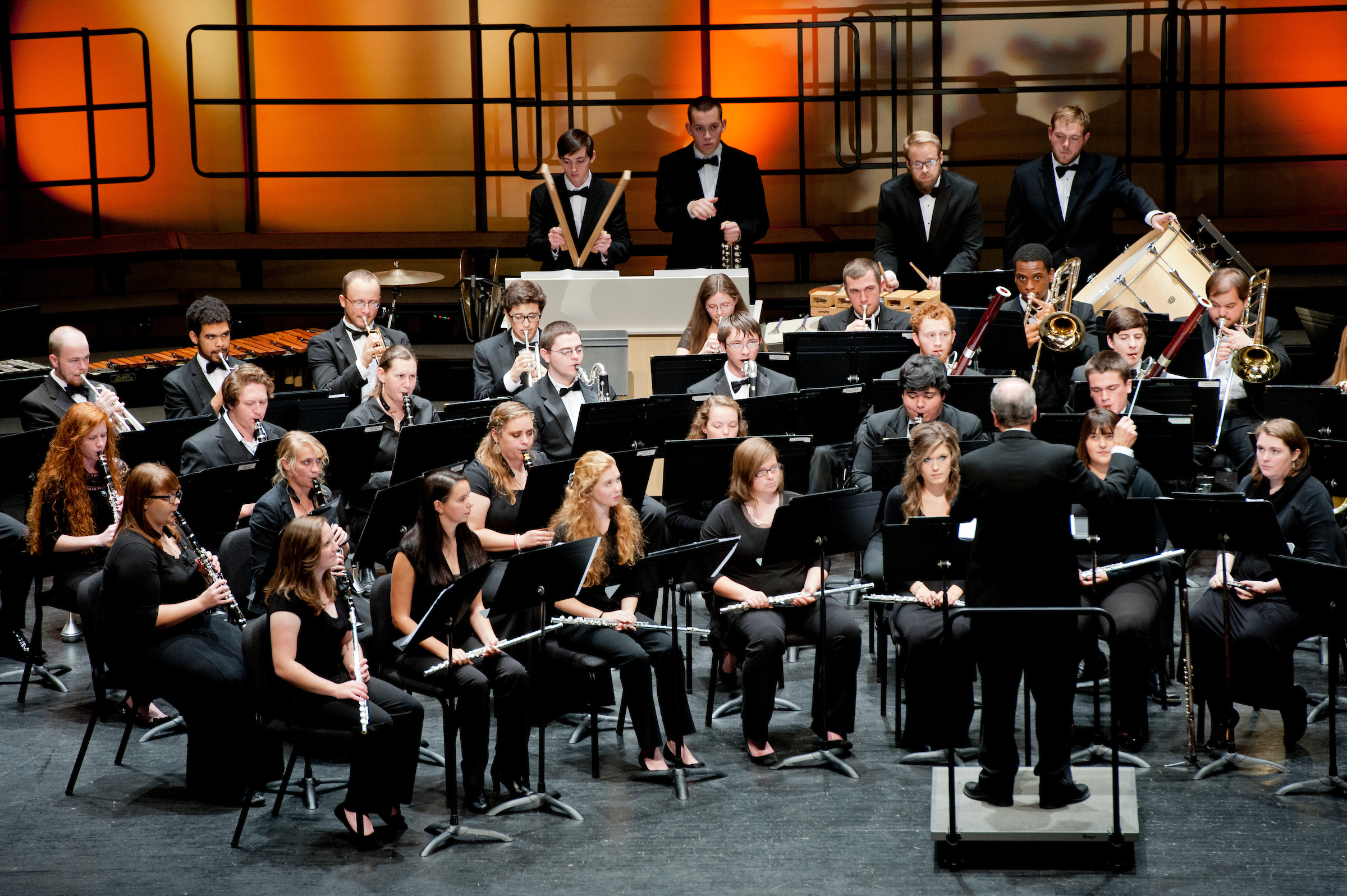 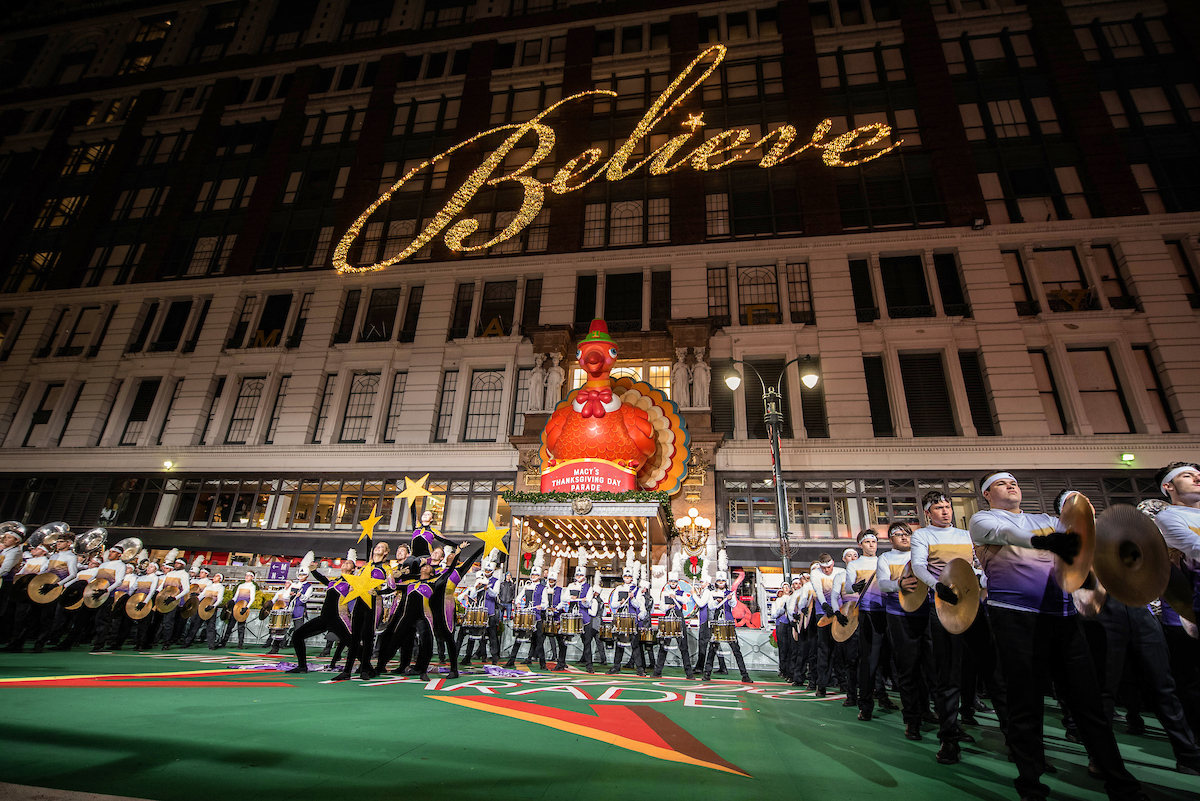 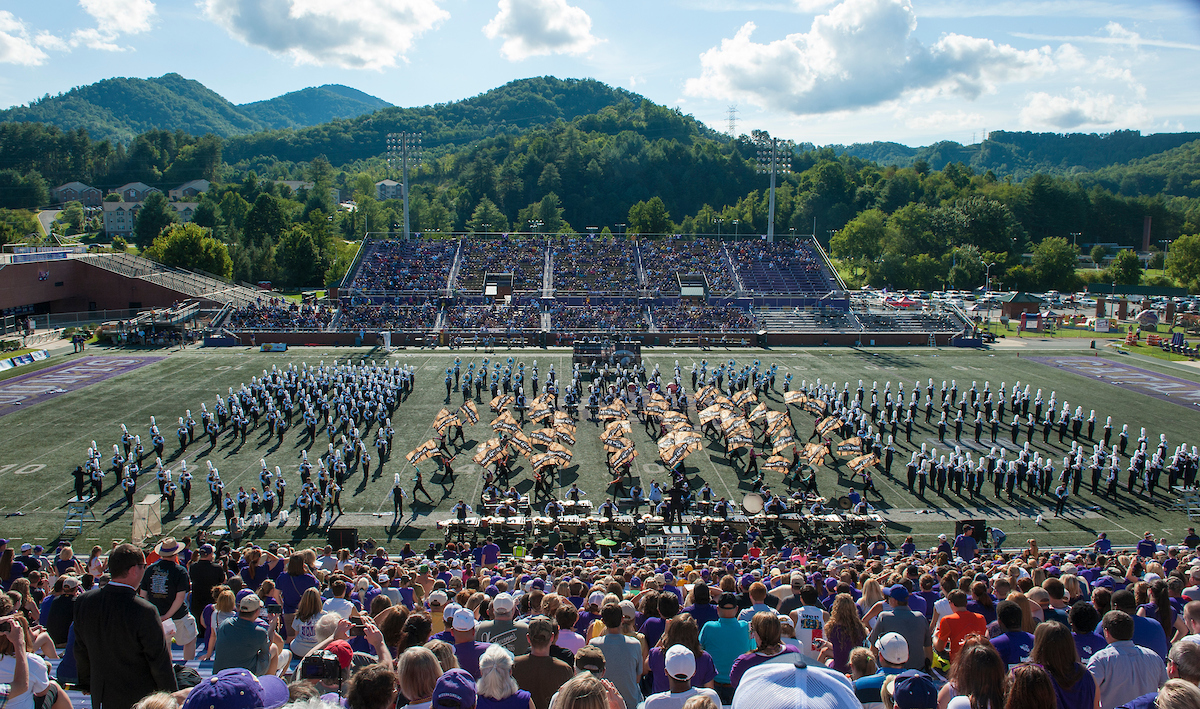 Jack Eaddy Jr. is all about pushing the envelope. Pushing the envelope is one reason Western Carolina University’s Pride of the Mountains Marching Band has become one of the most renowned collegiate bands in the country.

And it’s one of many reasons George Brown, dean of the David Orr Belcher College of Fine and Performing Arts, chose Eaddy to become the university’s next director of athletic bands. Eaddy will begin his new role Tuesday, May 4.

“I think that Jack is going to do a tremendous job, not only keeping the important traditions and the quality of the Pride alive, but also taking it to the next level,” Brown said. 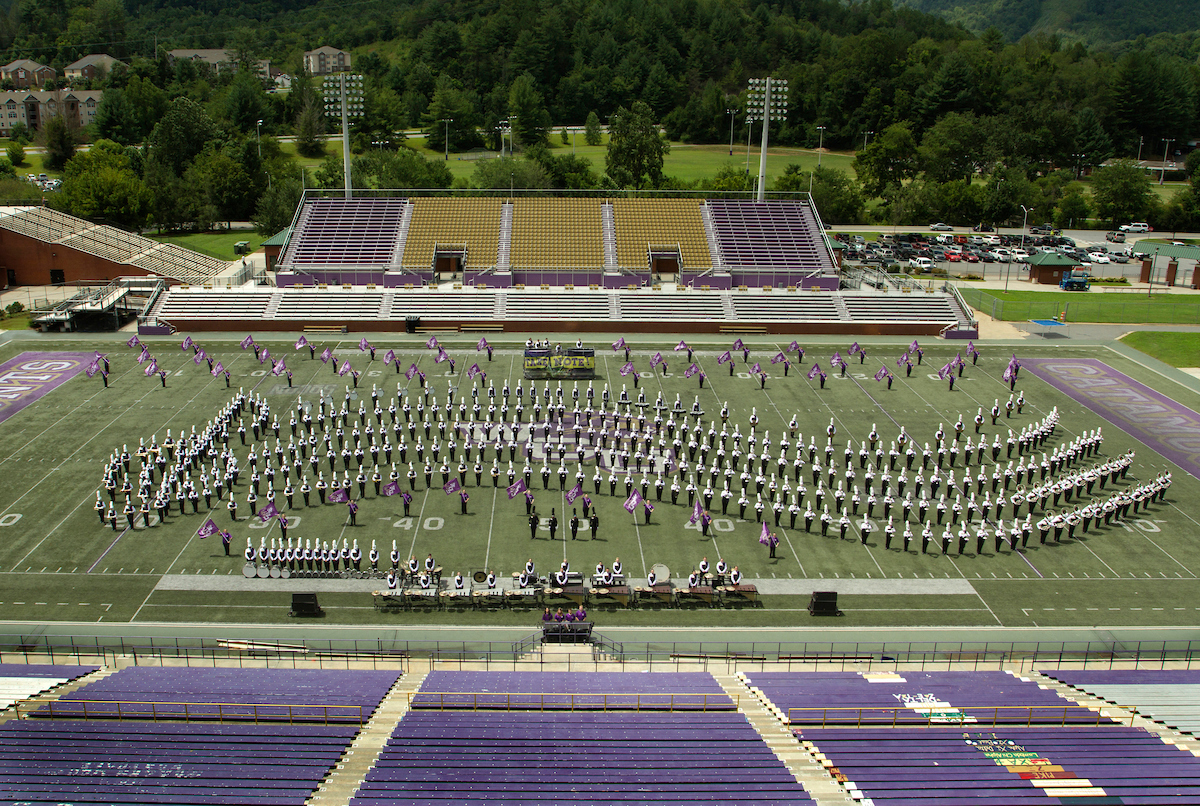 “To be a part of this program is unreal,” Eaddy said. “The Pride has a rich tradition of excellence and a long-lasting legacy…"

“To be a part of this program is unreal,” Eaddy said. “The Pride has a rich tradition of excellence and a long-lasting legacy. I have some big shoes to fill, but I’m looking forward to upholding the legacy that Bob Buckner and David Starnes have created for the program. I’m hyped.”

He’s hyped because this is a role Eaddy feels he has spent a lifetime preparing for. You also could say it’s in his blood. His father, Jack A. Eaddy Sr., was a high school band director in Kingstree, South Carolina. Although he died when Eaddy Jr. was 10, he still remembers the passion his dad had for teaching.

“He truly loved his students,” Eaddy said. “He had fun being a director. A lot of times, we have long hours and we have a lot of expectations. We’re criticized anytime we’re in public. But he just had fun with his students. He truly treated them like they were the stars of the show.”

Another influence on Eaddy’s musical career was his high school band director, Dwight McMillan. Eaddy, who plays the saxophone, attended Orangeburg-Wilkinson High School in Orangeburg, South Carolina, an all-black school. He characterized the school as an anomaly. Its band performed corps style, which Eaddy said was different than most traditional all-black marching bands.

“We were a competitive band program,” Eaddy said. “(McMillan) pushed us beyond our limits. We were able to do some amazing things. It was always great to see all these black kids come off the bus and he would make us dress up. Everyone would look at us like, ‘Are y’all in the right place?’ We’d perform and do well beyond expectations.”

Later, when Eaddy was the band director at Oak Ridge High School, his band was invited as the guest Honor Band to perform at South Carolina State University. McMillan attended the performance.

“We prepared this really engaging, tough program,” Eaddy said. “In high school, in order to get our uniform, we had to stand up in front of the band and play this march called ‘Rolling Thunder.’ It has a lot of notes, and it’s very fast. This is one example of the level of excellence he expected from his students. It was amazing for me to perform ‘Rolling Thunder’ with him in the front row.”

Teaching at Oak Ridge, a Title I school, meaning that at least 40 percent of the enrolled students are from low-income families, was Eaddy’s biggest accomplishment to date, he said. He began with a band program that had 13 students, most of whom didn’t have much experience.

“We built it into a program that received state superior ratings, and became a well-known band in Florida,” Eaddy said. “I was proud that all of those students graduated with scholarships. It was good to see the band grow from basically nothing into a well-respected program. People didn’t expect much of them, let alone for them to play at a high level.”

That also allowed him to experience a Cajun culture that he thoroughly enjoyed.

“It’s different, but in a good way,” Eaddy said. “It was cool to learn about it and get engrossed in it,” he said. “McNeese is a school in southwest Louisiana, 20 minutes from Texas. It’s one of Louisiana’s best-kept secrets and the band plays unbelievably. They do some truly, truly great things. It was a wonderful experience there.”

Eaddy looks forward to combining the good from all of those experiences and bringing them to Cullowhee, along with his wife LaShonda, and daughters Jillian (12) and Jordyn (8).

“For my daughters, this puts them back on the East coast,” Eaddy said. “They’re very, very close to their grandmas and cousins. They’re definitely excited. They’re ready to come back to the football games.”

"I’m ready for the challenge. It’s almost like jumping on a train that’s already running. You just want to make sure you come in and you don’t derail the train. I’m very excited.”

Eaddy said he is looking forward to building lasting relationships with the students. In addition to overseeing the Pride of the Mountains, Eaddy will conduct WCU’s Symphonic Band, while also working with Margaret Underwood, WCU director of bands and associate professor of music. He will teach various courses, such as marching band techniques, as well as supervising student teachers, Brown said.

Eaddy also recognized the job Jon Henson, who served as interim director of athletic bands after Starnes’ departure, and Matt Henley, assistant director, for their tireless work and efforts for the Pride, as well as keeping the band members performing during a year in which COVID-19 sidelined them for a year.

With the university planning to resume all academic, social and extracurricular activities this fall, Eaddy knows his band members are thrilled about getting back into E.J. Whitmire Stadium and the Ramsey Regional Activity Center.

“For every band in the country, it’s going to be a learning curve because many bands will basically have two sets of freshmen classes,” Eaddy said. “You have those sophomores who have been around and they know certain aspects of the band experience, but they may not know how to get from the band room to the stands. They may not know how to play certain things. It’s going to be fun getting them, and myself, caught up. I know students are hungry and ready to perform.

“I have big shoes to fill, but somebody has to do it. I tell my wife all the time, ‘I’m ready for the challenge.’ It’s almost like jumping on a train that’s already running. You just want to make sure you come in and you don’t derail the train. I’m very excited.” 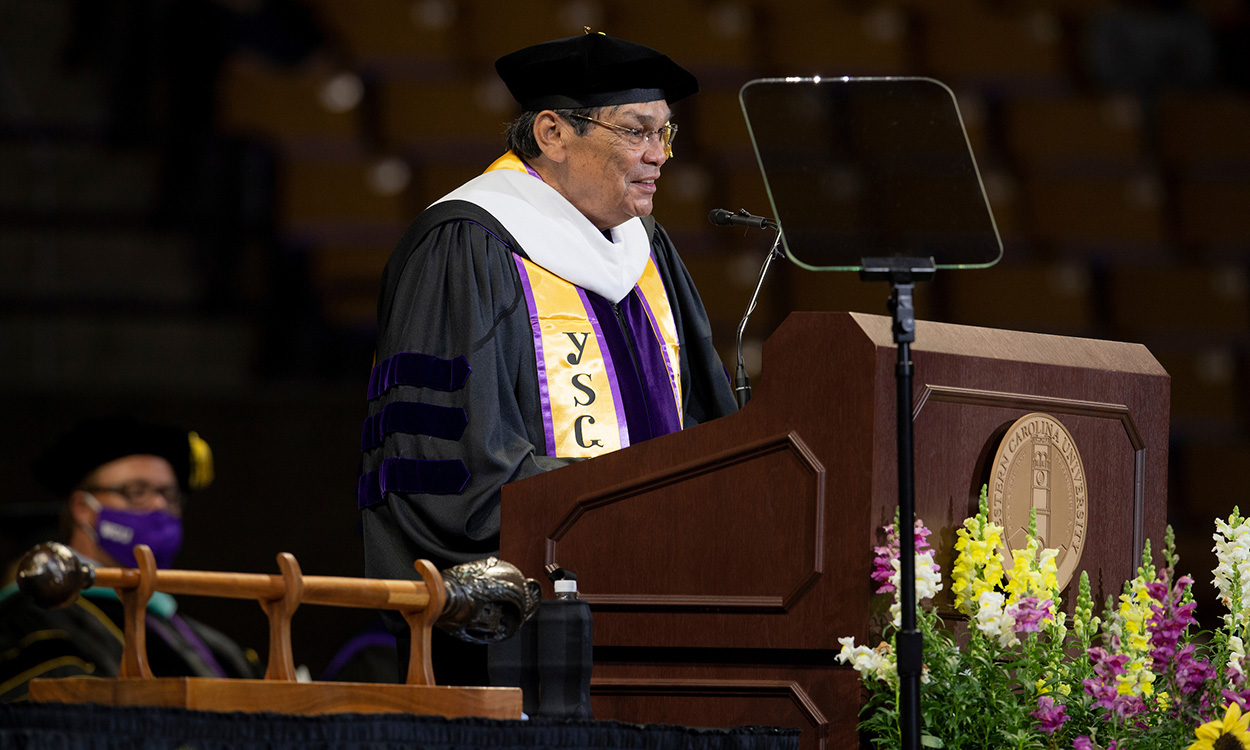