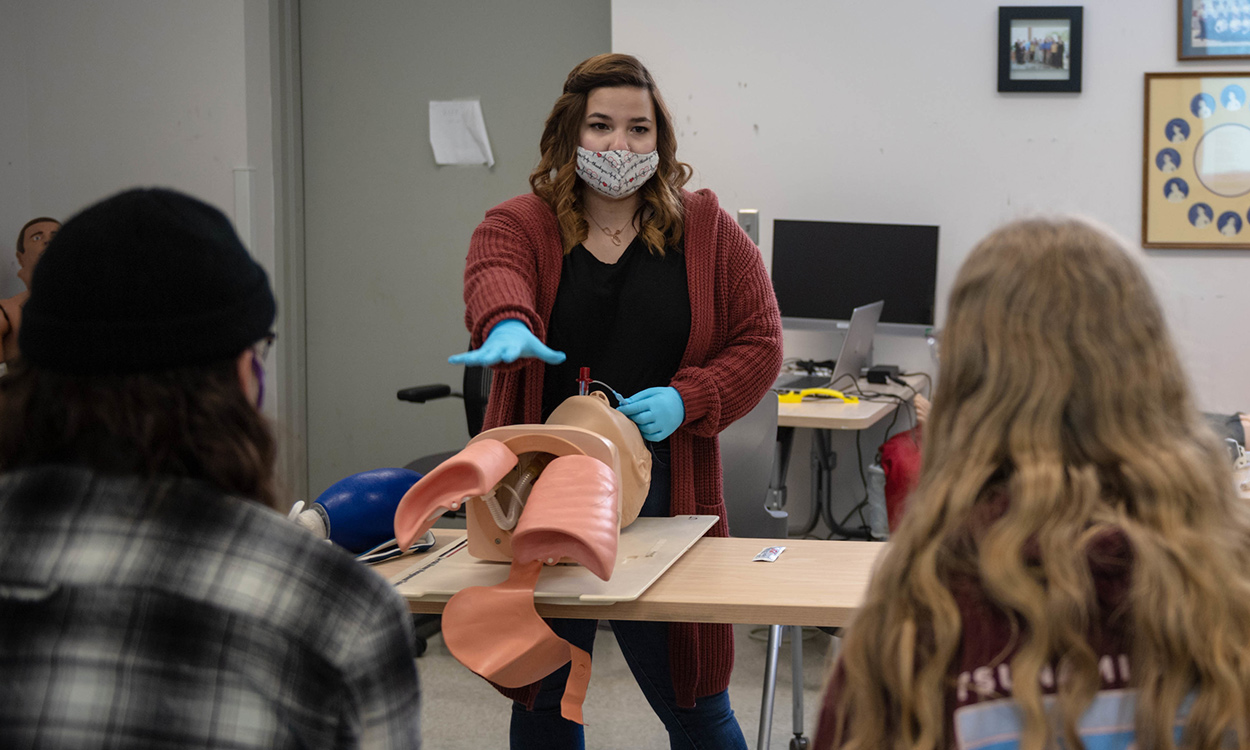 As a high school senior Olivia Swalm had her life all planned out: Furman University, premed major in biology, then medical school and a career as a forensic pathologist.

Then life – and death – happened, and needing to steady herself, Swalm took a knee.

She scrapped Furman – although they held her scholarships in case she changed her mind — and spent what was supposed to be her first year of college trying to heal from the suicide death of her best friend during their senior year of high school. “At that point I was still so broken, I didn’t know how to get back on the path I wanted to be on,” said Swalm, who grew up in Greenville, South Carolina.

The down time helped, and Swalm regained her footing, thanks to an emergency medical technician class she took at Greenville Memorial Hospital, which happened to be taught by the late Dean Douglas, a 1986 graduate of WCU’s emergency medical care program and a national leader in the EMS field. “I found that I would rather have my patients alive than dead, and that I still wanted to go to med school,” she said. “But instead of doing forensic pathology, I wanted to do something definitely in emergency medicine or in cardiology.”

In May, Swalm is scheduled to graduate from WCU with a Bachelor of Science in emergency medical care with a focus on premed/science. She is a 2019 transfer student from Greenville Technical College, where she had been dual enrolled since high school. Her stellar 4.0 grade point average, since becoming a Catamount, combined with a slew of volunteer work, helped win her a $1,000 Tau Sigma National Honor Society scholarship in December, an award specifically for high-achieving transfer students. “I study a lot,” she said.

The award was no surprise to Swalm’s professors. “Olivia has been an intellectually curious and incredibly engaged student. She is a natural leader, and that trait shines through in class and lab,” said Jackson D. Déziel, director and assistant professor of the EMC program. “Olivia serves as the EMC program tutor and has worked to ensure the academic success of other EMC students. Whatever her goal, Olivia will succeed tremendously.”

“I think my favorite thing is her positive attitude,” said Assistant Professor Susan Braithwaite, who teaches cardiology, trauma and cardiac arrest resuscitation for the EMC program. “On the day that I had a peer review of my teaching, Olivia shared her work with the reviewer and spoke at length about her personal experiences in my class. Olivia goes well beyond excellence in the classroom. She works tirelessly to support fellow students and faculty.”

Swalm also is the recipient of the Lovin-Belcher Scholarship presented to a rising senior in the Emergency Medical Care program for outstanding achievement in academic pursuits.

Beyond her academics, Swalm volunteers about once a month with Atheist Alliance Helping the Homeless of Spartanburg, something she’s done since 2016. “The idea behind it is you don’t have to be religious to help people,” she said. “It’s just about helping people for the good of helping people.” She also is a volunteer EMT for the Glassy Mountain Fire Department in northern Greenville County. “It takes a really long time for ambulances to get up there, so we have a quick response vehicle that’s staffed with a paramedic and EMT to start doing lines and basic treatment measures while waiting on an ambulance to arrive.”

Additionally, Swalm tutors students in the EMC program’s 200- and 300-level emergency medical care courses, about 10 per semester, and works for Thorne Ambulance Service, a private ambulance company in Greenville, when she’s home.

Did her best friend’s death influence her change of heart from forensic pathology to emergency care? “His death is what drove me down the path I am on today, a path that eventually got me to Western, and for that, I am so thankful,” she said. “His death has also helped me learn much compassion and understanding for many of my patients that I have seen in the field who have struggled with suicidal ideation.”

After graduation, Swalm will test for her paramedic certification so she can work as a paramedic for a couple of years before applying to medical school, a move she thought would look good on her medical school application. “Paramedics can do more advanced life-saving procedures than EMTs,” she said. “I was just going to use it as a stepping stone to medical school. I never thought I was going to fall in love with it.”

Why did she? “I’d say I thrive under chaos. I really just enjoy the chaos of it,” she said. “There are some people who are built to work behind a 9 to 5 desk job. That’s not me. I’d rather be on a truck and have my heart pumping and obviously see the things that most people can’t see every day. I didn’t know it until I went to EMT school. I took a leap of faith and it worked out. It’s definitely a really good path and it’s really a rewarding path. I want to stay in emergency medicine for as long as possible.”

NewsCollege of Health and Human SciencesAwards and Recognition
Share 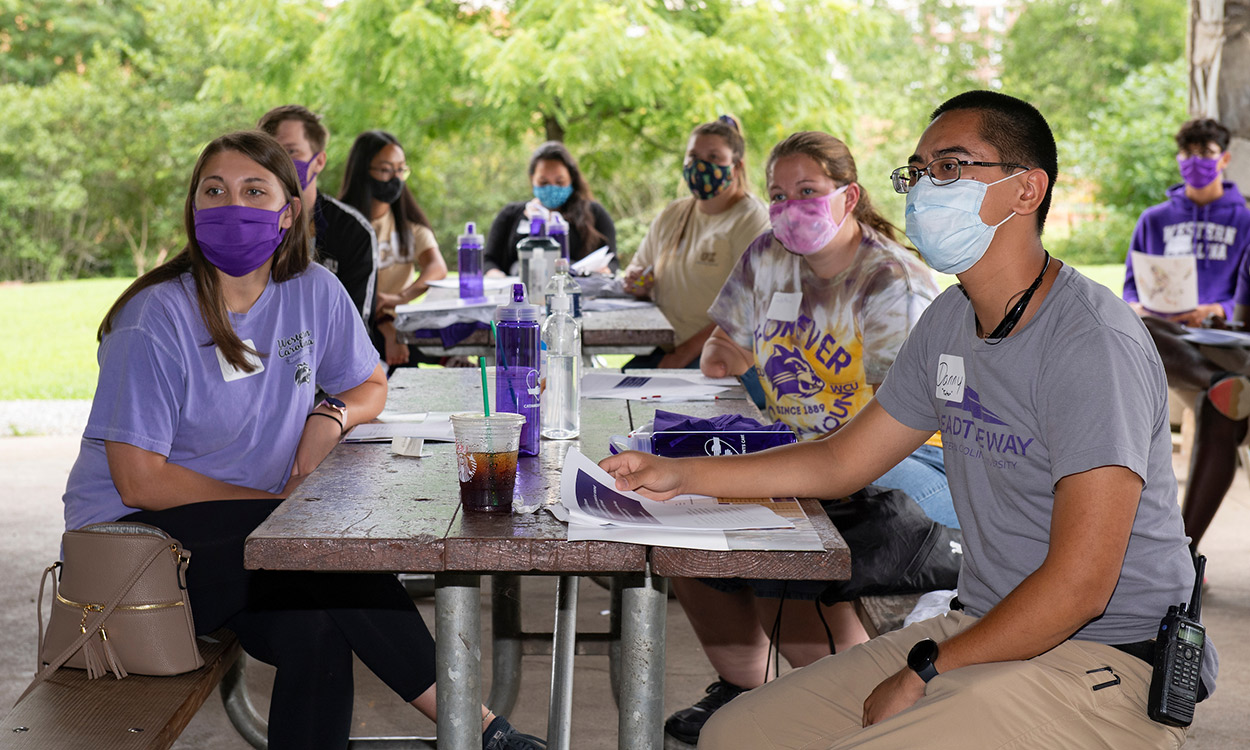