The exterior walls of Western Carolina University’s Scott and Walker residence halls – a pair of nine-story, no-frills, 1960s-era, dormitory-style student housing facilities – are scheduled to begin tumbling down Wednesday, Sept. 16, along with floors and ceilings.

Workers from cellular telephone service providers are in the process of relocating antennas located atop Scott Hall to pave the way for demolition of the buildings.

The exterior demolition work will begin on the east side of Scott Hall, which is closest to Courtyard Dining Hall, and continue westward toward Walker Hall as the project progresses, said Matthew Millican, WCU facilities management engineer.

“The buildings will be leveled by a mechanical process that, while not quite as impressive as an implosion or a wrecking ball, still will be a sight to see, especially for those students and alumni with fond memories of the two residence halls,” Millican said. “We’ll be utilizing a long-arm excavator, which is a type of track hoe with an extended boom that will reach out and pull down pieces of the building.”

During the process, workers will construct a pad using rubble from the buildings to help the excavator reach the uppermost portions of the structures, he said. The entire process is expected to last for two or three months. While the buildings are leveled, crews will work to separate materials from the rubble.

In an effort to avoid the expenses associated with transporting a portion of the materials to a landfill and to enhance the project’s environmental sustainability, masonry and concrete from the demolished buildings will be hauled to a site in front of Norton Residence Hall, where they will be used as beneficial fill materials for new recreational fields to be built there.

A 142,655-square-foot building, Scott Hall opened in 1969 while 70,658-square-foot Walker Hall was completed in 1972. Together, the two residence halls, which lack air conditioning and are architecturally dated, provide housing for about 1,150 students.

A rendering of one of the buildings that will replace Scott and Walker residence halls. Courtesy of Hanbury Architecture and Planning.

Demolition comes a little more than a week after the WCU Board of Trustees approved issuance of $80 million in special obligation bonds to fund the cost of construction of the buildings’ replacements. In March 2019, the trustees approved a design plan for the replacement structures consisting of three separate facilities of about 300 beds each, rising no more than five stories high, with the potential for a fourth building if warranted based on enrollment growth. The first of the new facilities is expected to be open by the fall 2022 semester.

Removal of some of the buildings’ interior, such as doors, windows and built-in furniture, began in May shortly after the end of the 2019-2020 academic year, along with exterior site work in preparation for the demolition.

Those interested in watching the Scott and Walker residence halls demolition process may do so through the livestream webcam: 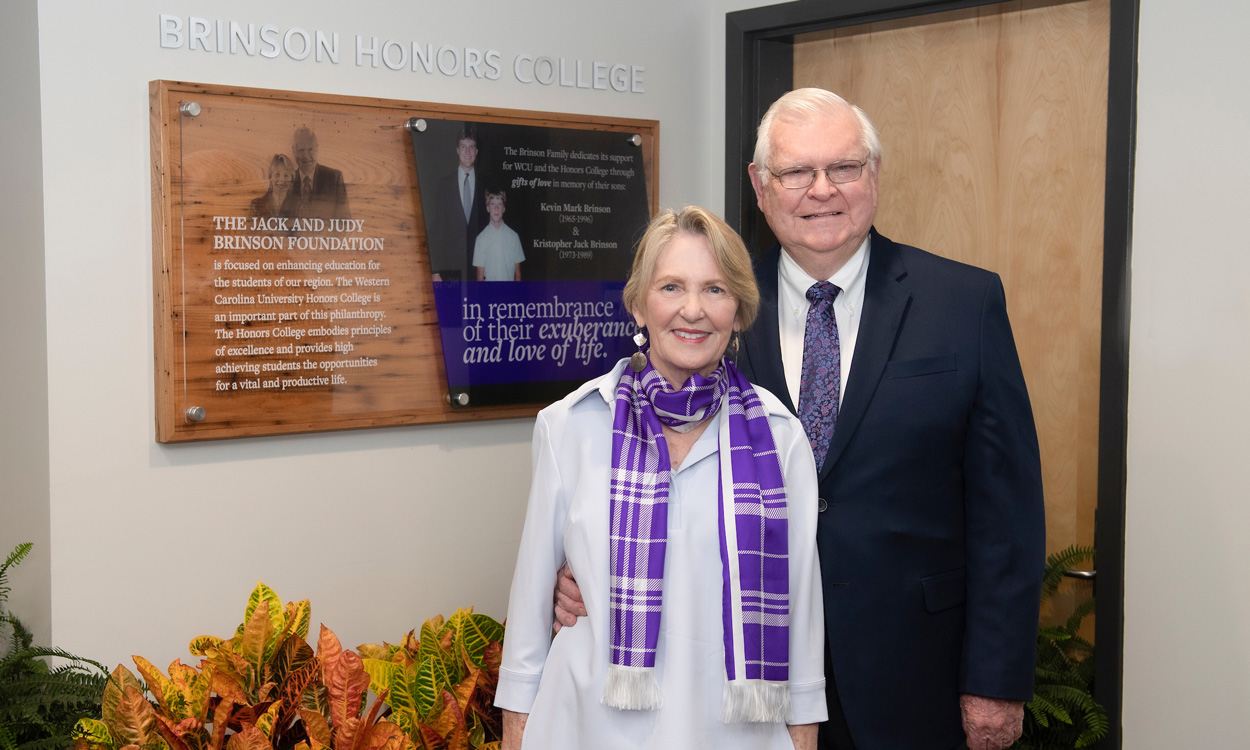