The Western Carolina University Board of Trustees approved the appointment of four new distinguished professors to teach, conduct research and provide community outreach in the areas of computer information systems, elementary and middle grades education, musical theater and special education.

The action to fill the professorships – two in WCU’s College of Education and Allied Professions and one apiece in the College of Business and David O. Belcher College of Fine and Performing Arts – came during the board’s quarterly meeting Friday, June 5. The trustees met online via teleconference because of social distancing protocols in response to the COVID-19 pandemic.

The board approved the appointments of:

* Wingyan Chung, professor in the Institute for Simulation and Training at the University of Central Florida, as the Kneedler Distinguished Professor of Computer Information Systems. The $1 million professorship in the College of Business was created through estate gifts from Mary Kneedler, former Department of Nursing head, and Jay Kneedler, a College of Business professor, with supporting funds from the C.D. Spangler Foundation and a General Assembly program to encourage private support of public institutions of higher education. It is designed to enhance WCU’s computer information systems program by enriching the learning experiences of its graduates and preparing them for careers in data and systems security, applications development, and technology systems and operations.

*  Richard Jordan, a Tony, Emmy and Olivier award-winning producer from the United Kingdom, as the Phillips Distinguished Professor of Musical Theatre. The $500,000 endowed professorship in the Belcher College of Fine and Performing Arts was made possible by gifts from the estate of the late Carolyn P. Phillips of Waynesville and funds from the C.D. Spangler Foundation, supported by the General Assembly. The musical theatre program is designed to provide students with practical work-related experience, build skills needed in music and theatre, and work on developing on- and off-campus opportunities for undergraduates to gain training in musical theatre traditions, practices, culture and history.

With 27 years in the stage and screen industry, Jordan has produced or co-produced more than 240 shows, developing and commissioning the work of many writers, artists and companies from around the world as producing artistic director of his Richard Jordan Productions. The Stage newspaper has described him as “one of the UK’s most prolific producers,” and he has been named among the UK’s top theatre professions seven times. He has served as associate artist at London’s writing theatre, the Bush; as creative director of the Theatre Royal Haymarket in London’s West End; and an associate and producing partner of Chicago Shakespeare Theater. He studied stage management and theatre administration at the Oxford School of Drama.

* David Virtue, professor and head of the Department of Curriculum and Teaching at Auburn University, as the Taft B. Botner Distinguished Professor of Elementary and Middle Grades Education. The professorship in the College of Education and Allied Professions was endowed in the amount of $500,000 in 2003 through gifts from the estate of Botner, longtime dean of that college, combined with matching funds from the state. It is intended to attract to WCU a nationally recognized expert in education with expertise in an area specifically related to the preparation of teachers of children in grades kindergarten through eighth grade.

Prior to joining the faculty at Auburn in 2016, Virtue served as professor and chair of the Department of Instruction and Teacher Education at the University of South Carolina, where he also was a coordinator for the middle level education program. He was project director for the U.S. Department of Education-funded On-TRACK: Teaching Reading and Content Knowledge program for the South Carolina Commission on Higher Education. Virtue has worked in public schools in Columbia, South Carolina; Atlanta and Gainesville, Georgia; and Hamburg, New Jersey. He holds a doctorate in social science education from the University of Georgia.

* Bradley Witzel, director of the undergraduate and graduate programs in special education at Winthrop University, as the Adelaide Worth Daniels Distinguished Professor of Special Education. The $1 million professorship in the College of Education and Allied Professions was created in 1996 by a gift from Adelaide Key of Asheville, along with matching funds from the state. The first endowed professorship in WCU’s history, it was designed to provide expert training and instruction to students in WCU’s teacher education programs so that they may better serve students with special needs and to assist current teachers of students with special needs.

The North Carolina General Assembly established the Distinguished Professors Endowment Trust Fund in 1985 to enable University of North Carolina System institutions to receive and match private contributions to create distinguished professorships. The original legislation provided for matching grants on the basis of one dollar in state money for every two dollars in private funds, but in 2003 the ratio was changed to a dollar-for-dollar match for designated “focused-growth” institutions such as WCU. Interest earned from each professorship endowment is used to enhance the salary and provide other support for the work of the professor. 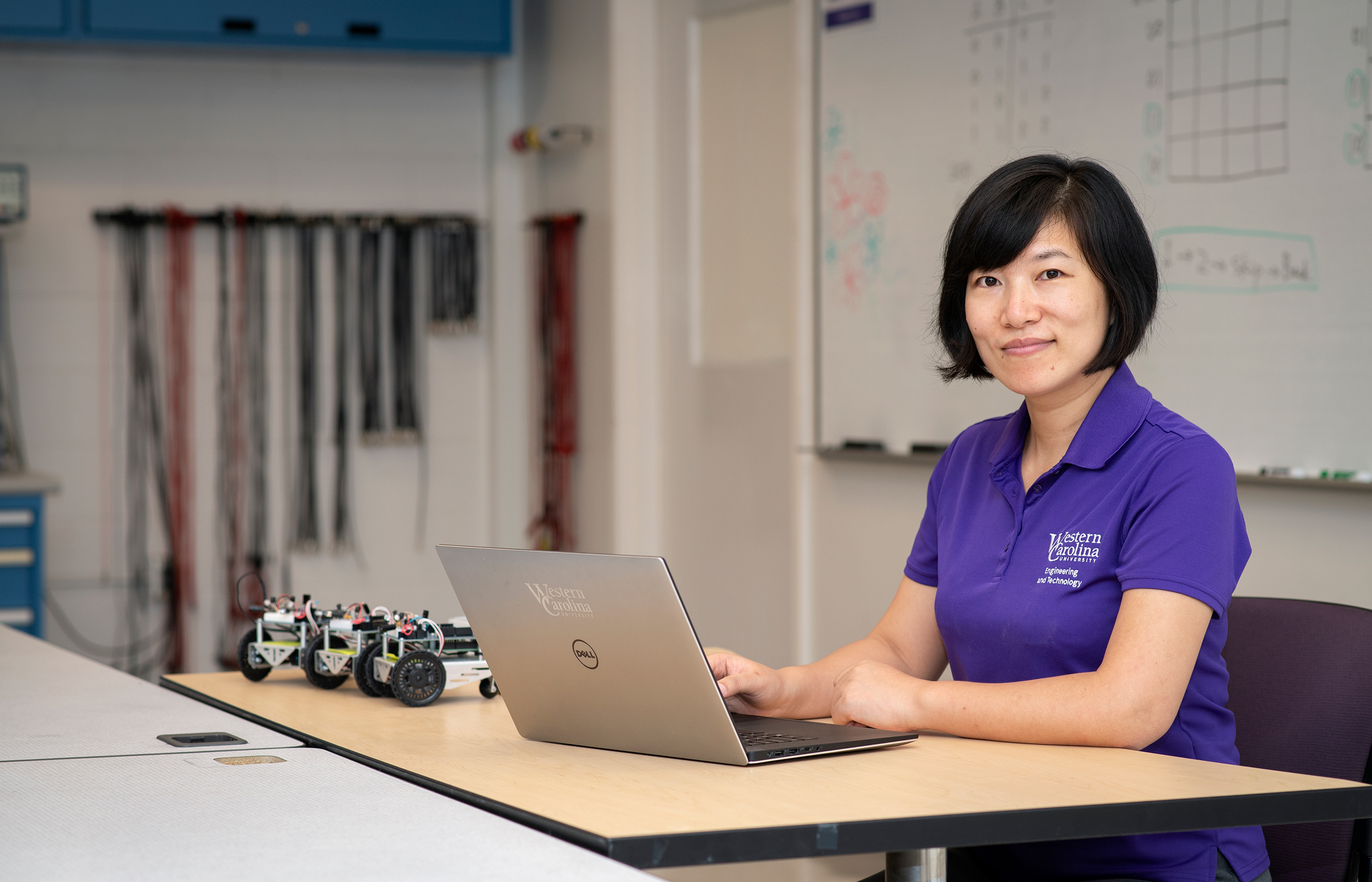 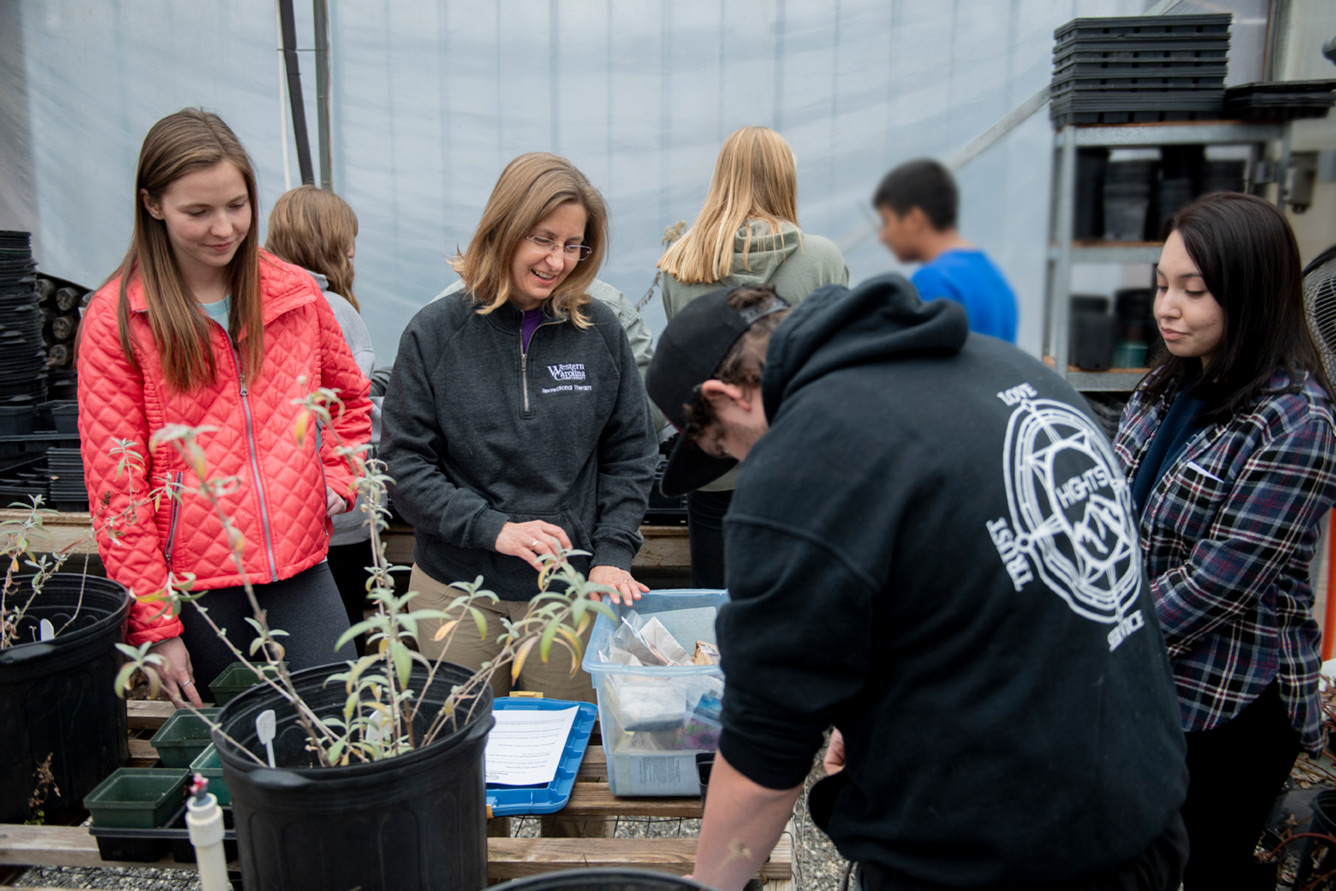 Recreational Therapy Director says Helping Others Helps Her; an “I Love WCU” Story