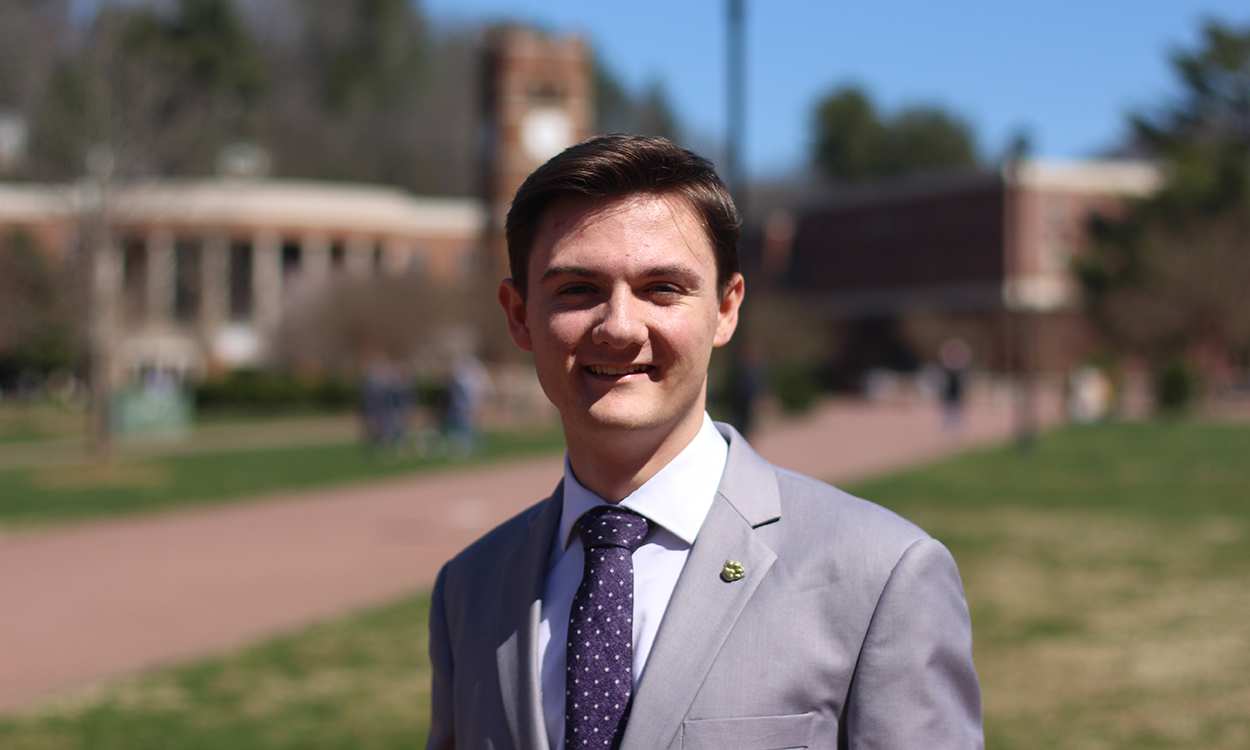 Dawson Spencer was sworn in as Western Carolina University’s Student Government Association president on April 29. And in just over a month, he has already had a presidency like no other.

Spencer’s presidency began with WCU, and the entire world, in the midst of a COVID-19 pandemic. With no students on campus, Spencer’s term in office began virtually. And instead of sorting through the normal hot topics from students including parking, campus dining and campus safety, Spencer said most concerns now are coronavirus-related.

Pandemic aside, Spencer is excited about spending his senior year as SGA president. During his first two years at WCU, he was a senator before serving as vice president as a junior. Initially, Spencer was unsure about running for president, and was surprised when he received the email announcing he won.

“It was an honor and a privilege, and it still is,” said Spencer, who as SGA president, is an ex officio member of the WCU Board of Trustees. “I can’t even put it into words. I never saw myself getting this position. It was a joy and my life changed for the better.”

A self-proclaimed “geek and nerd,” Spencer said one of the biggest things he wants to accomplish is changing some of the procedures in the organizational structure within SGA. Among those is creating a new cabinet position – a legislative director.

Spencer said SGA currently writes resolutions that are sent to department heads, staff and faculty senates, or the chancellor’s office. The resolutions are either accepted or denied, but there is no system in place of tracking them. The legislative director would be in charge of following through on those resolutions.

He also hopes to bring more cohesiveness among all three branches of SGA – executive, legislative and judicial.

“Typically, SGA events are just legislative and just executive,” Spencer said. “We have an entire other branch. Let’s make them a part of the group.”

Transparency is another issue he plans to address. As vice president, Spencer did biweekly Instagram updates on IGTV. He plans to continue that with all three branches in the upcoming year.

With social distancing guidelines still in place, Spencer said one challenge SGA faces is meetings with student senators. That group consists of 40 to 50 students, Spencer said, which means they won’t be able to meet in person.

Before the end of spring semester, the group met virtually. He said those sessions went smoothly because the group spent most of the year building relationships. With a new group in office, it will be challenging to build that same rapport, Spencer said.

He also is concerned about incoming freshmen and what their experience will look like should events like football games or other large gatherings get canceled.

“The freshmen students aren’t going to have the same experiences I’ve had like tailgating,” Spencer said. “We may not have Valley Ballyhoo. We’re still unsure. For freshmen to not have that, it’s a very big thing. Those are my concerns.”

Spencer, a Hickory native, is majoring in political science and criminal justice. Upon graduation, he plans to either enroll in the master of public affairs program or go to law school. His ultimate goal is to work for a county or state government. 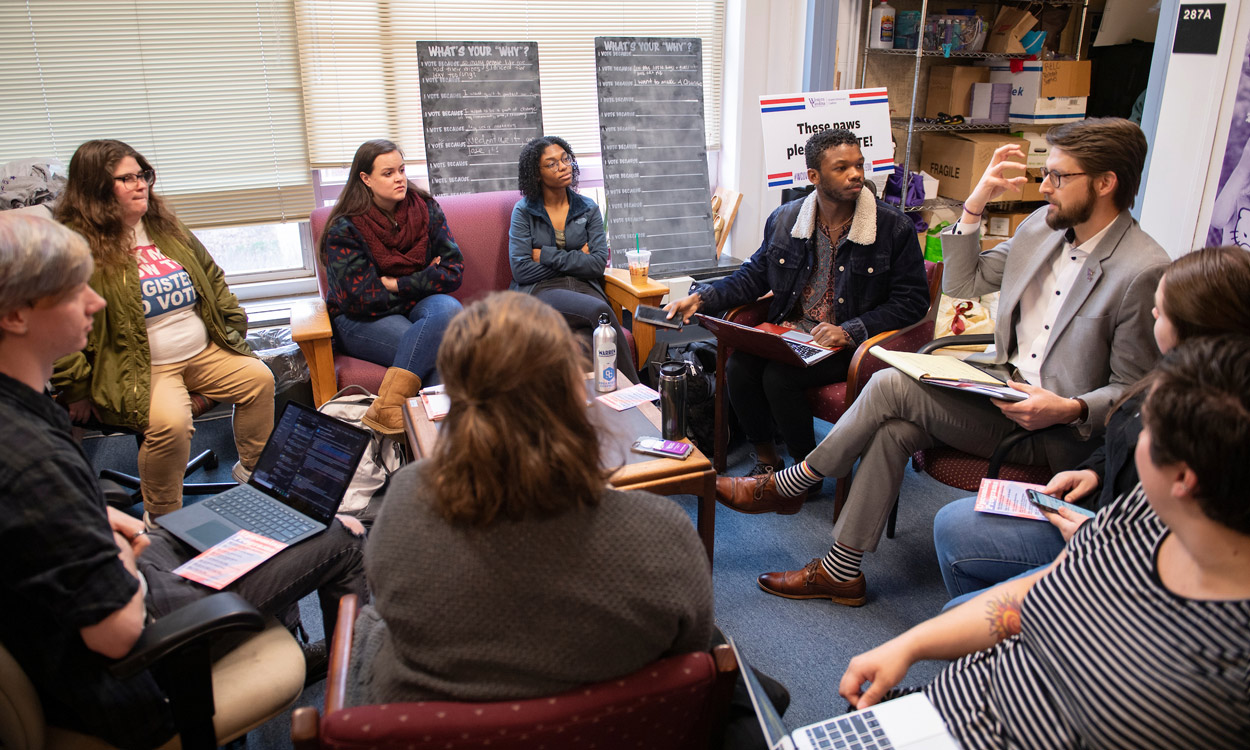