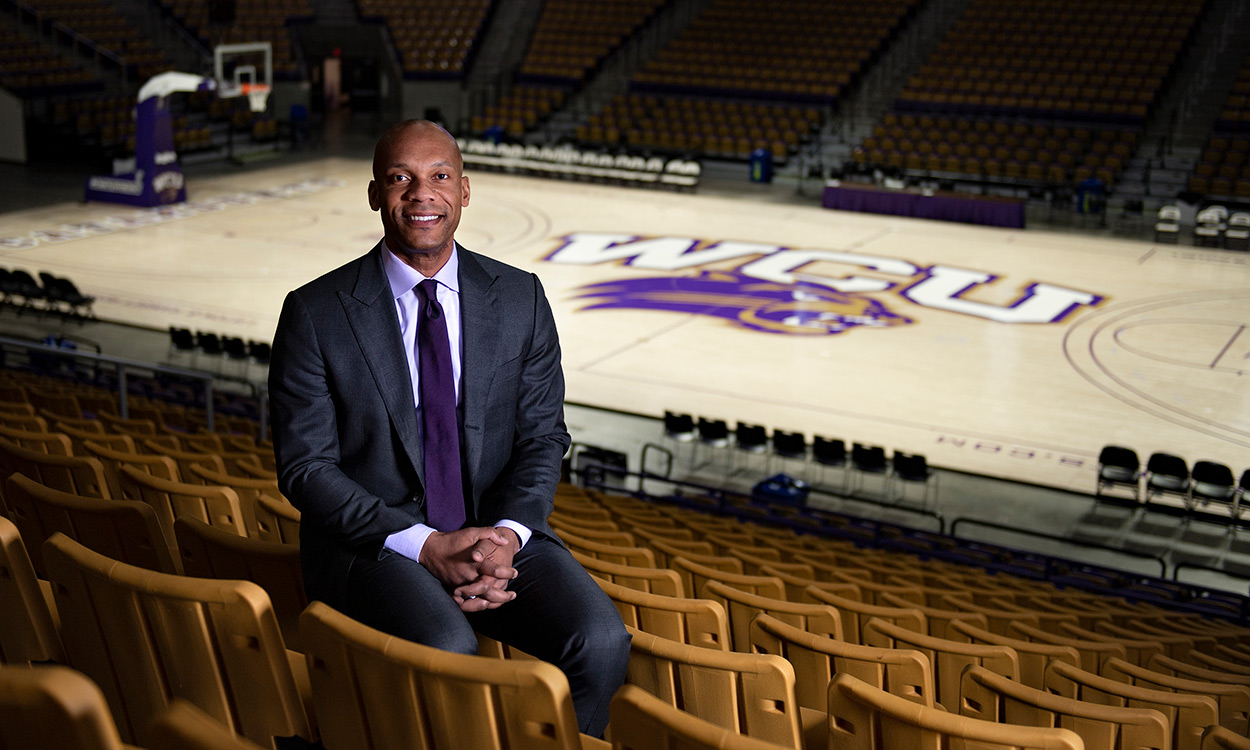 Alex Gary, a former student-athlete on the Western Carolina University baseball team who is currently serving as senior associate athletics director for development at Oregon State University, is the next director of the Catamount athletics program.

WCU Chancellor Kelli R. Brown announced today (Friday, Feb. 28) the selection of Gary to serve as director of athletics following approval of his contract by the university’s Board of Trustees during a special conference call meeting earlier in the day.

The appointment, which is effective May 1, follows a national search conducted by a 15-member committee working with the assistance of the North Carolina-based executive search consulting firm Collegiate Sports Associates. A formal introduction and campus reception is set for 3 p.m. this afternoon at the Ramsey Regional Activity Center.

Gary’s professional experience in major collegiate athletics conferences, such as the Pac-12 and Big Ten, combined with his personal familiarity with WCU as a former student-athlete make him a perfect fit to take over the helm of the Catamount athletics program, Brown said.

“I asked the search committee to identify an extraordinary leader to guide the Catamount athletics program into the next era and who will provide our coaches and professional staff with the resources necessary to help our student-athletes enjoy the same level of success on the fields and courts of competition that they have had in the classroom in recent years,” she said.

“The committee has found exactly that in Alex Gary,” Brown said. “To borrow some terminology from the sport that Alex once played while representing the Catamounts, this hire is a grand slam homerun and one that touches all of the bases.”

A native of Knoxville, Tennessee, who grew up in Charlotte, Gary was an outfielder on the WCU baseball team from 2001 until 2004, earning Southern Conference Player of the Week honors in March 2004. During his junior year of 2003, he was a member of WCU’s regular season and Southern Conference Tournament championship baseball team and participated in the NCAA regionals held in Wilson. 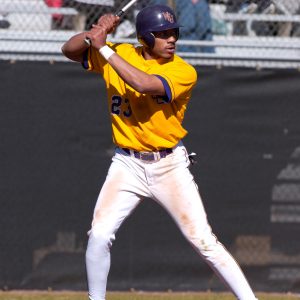 “I have a strong affinity and love for WCU. Three groomsmen in my upcoming wedding in August come from my time in Cullowhee as a three-year student athlete. WCU had an immeasurable impact on my life, and I welcome the opportunity to come back in a leadership capacity,” Gary said.

“My personal experience as a former student-athlete at WCU deepens my understanding of this institution and what is needed to advance Catamount Athletics. I couldn’t ask for a better opportunity to help develop student-athletes during a critically important time in their lives, especially at a place where I spent those same significant years,” he said.

At Oregon State, he has been a member of the executive leadership team responsible for the athletics department’s $85 million budget, 150 employees and more than 500 student-athletes. He oversees the 16-member athletics development team, which raised nearly $26 million in 2019, a record for the Beavers’ athletics program. That fundraising effort included a $3.5 million sports performance center renovation, $2.3 million women’s locker room renovation, and $2.6 million baseball stadium expansion.

During his stint at the University of Maryland, Gary chaired a committee focused on the financial sustainability of the athletics department, and he led annual giving growth in the Terrapin Club by 22 percent in 2015 and 13 percent in 2016. As a member of the development team at the University of Michigan from 2010 until 2014, he worked closely with the university’s athletics department, raising $12.8 million to support the Wolverines’ athletics program’s capital and endowment needs. He began his career in 2009 as assistant director of annual giving at UNC Charlotte.

“Western Carolina University’s growth and development over the past decade have been impressive. WCU athletics has the ability to assist in that growth by raising the competitive bar across the 16 sports,” Gary said. “Research has proven that high-level athletics performance is symbiotic with university success, allowing the university to increase its visibility and further its mission. I am confident in my ability to lead what may not be the most important room in the house, but potentially the most visible.”

Gary was selected from a slate of more than 40 qualified candidates for the position after an initial narrowing of a larger list of possibilities, said Ivy Gibson, WCU associate general counsel and chair of the athletics director search committee. Six candidates were interviewed by the search committee off-site in Charlotte.

“We had a very strong pool of candidates with a vast array of professional and personal experiences in the profession of athletics administration,” Gibson said. “I think that Alex Gary’s track record in athletics fundraising in particular will be a tremendous asset as the university begins to work toward implementation of some of the construction and renovation projects proposed in the recent athletics facilities master planning process.”

Brown appointed the search committee on Dec. 18 and set an ambitious and accelerated timetable to find a permanent successor for Randy Eaton, who served as WCU’s athletics director from Dec. 14, 2011, until Dec. 10, 2019. Mike Byers, WCU vice chancellor of administration and finance, will continue to manage the athletics department until Gary takes over the helm. 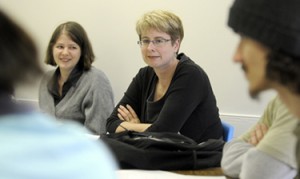