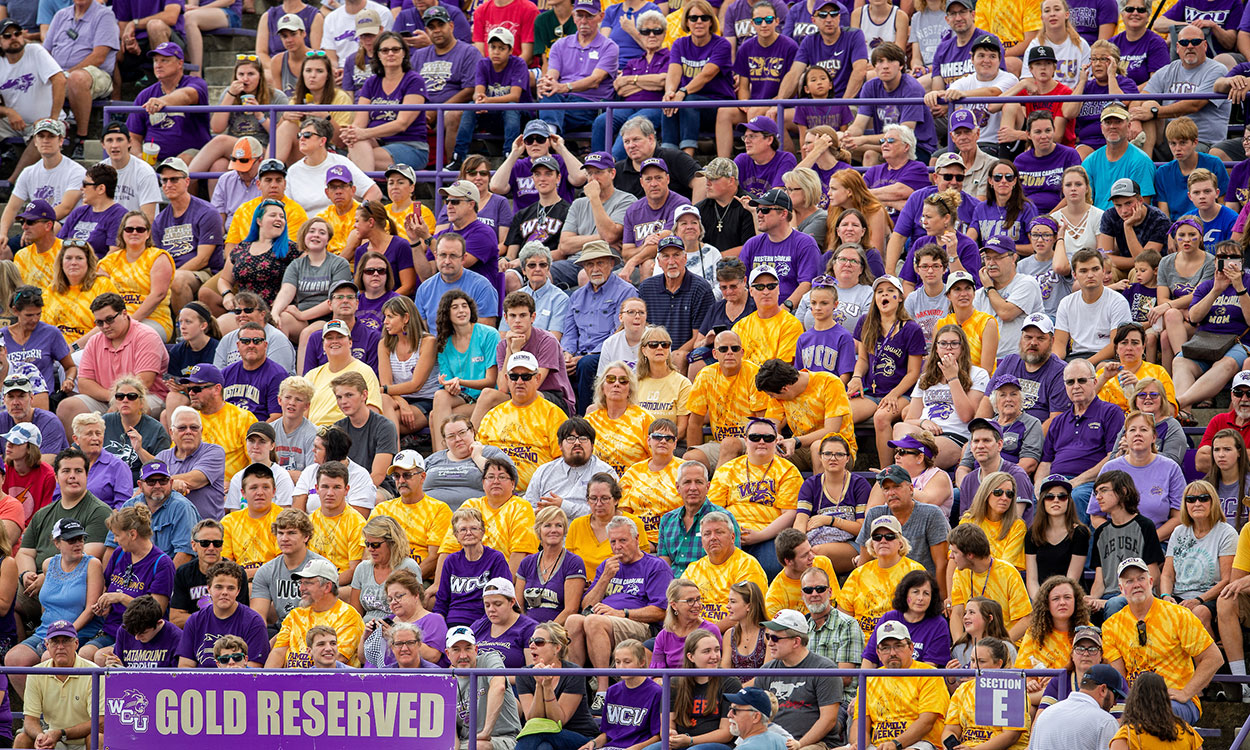 One of the characteristics WCU will look for in its new director of athletics is a leader who has a record of success with all intercollegiate sports, but especially in the high-visibility, revenue-generating sports of football and basketball.

A 15-member committee working to help find the next director of intercollegiate athletics at Western Carolina University held its kickoff meeting Monday, Jan. 6, receiving its charge from WCU Chancellor Kelli R. Brown and establishing an accelerated schedule designed to have a new leader of Catamount athletics named by the beginning of March.

Brown, who announced the formation of the committee on Dec. 18, asked members to work quickly and collaboratively to fill the vacancy in one of the university’s most visible positions.

“This is a really important decision. An athletics director is very high profile and high visibility at any university, but particularly at Western Carolina University because of where we are situated and the work that we do here in Western North Carolina,” she said. “We need to find an extraordinary leader to lead us into the next era for athletics here at WCU. Athletics provides our students, our alumni, our faculty, our staff and, just as importantly, our community members something to be proud of and support.”

Brown described athletics as the university’s front porch or front door, often serving as the thing that draws alumni back years after graduating or that entices a community member to set foot on campus for the first time.

She asked the committee to find a leader for the athletics department who can build a team of coaches and professional staff who will help student-athletes find the same level of success in athletic competition that they have had academically in recent years.

“I do want us to remain mindful of where we are at this point in time. We graduate our student-athletes. I want to continue that great success we have had of bringing student-athletes here and seeing them graduate. That’s what Western Carolina University is all about,” she said.

Fundraising will be an increasingly important responsibility for the next director of athletics, Brown said. “I feel very fortunate that, in June of this past year, our Board of Trustees received the athletics facilities master plan. I think that is going to be a great guide for not only the next athletics director, but also for myself and for Advancement as we enhance our fundraising efforts to support the needs of our coaches, professional staff and student-athletes so we can be competitive within the Southern Conference.”

Committee members also heard from Todd Turner, founder of Collegiate Sports Associates, the North Carolina-based executive search consulting firm hired to assist the committee in its work. Turner read a long list of potential qualifications for the athletics director position including integrity, an appreciation for diversity and inclusion, and an understanding of the scope of athletics programs at institutions like WCU.

“It also is important to find someone who has familiarity and connections with other leaders in athletics around the country, particularly in the Southeast region,” he said. “The reason is that it helps in terms of scheduling, hiring people and having influence over processes in the Southern Conference and at the NCAA level. Some knowledge of the region and the players that are in the region would be helpful.”

Turner also recommended the committee search for a leader who has a record of success with all intercollegiate sports, but especially in the high-visibility, revenue-generating sports of football and basketball.

After reviewing application materials, committee members will develop a list of their top eight candidates for discussion at its next meeting and then be prepared to select no more than six candidates for off-campus interviews in mid-February. The committee will select one or two finalists to bring to campus for meetings later that month, with the final hiring decision resting with Chancellor Brown.

Meetings of the search committee are open to the public, although as the process moves from discussing elements of the position and job description to evaluating the qualifications of prospects and candidates, the committee will go into closed session to discuss those individuals, as permitted by North Carolina law. Committee members also signed confidentiality agreements to protect the anonymity of candidates for the position.

The votes are in: Faculty/staff newsletter to be called 'Inside WCU'