Liz Murray, the subject of Lifetime Television’s Emmy-nominated original film “Homeless to Harvard,” is the keynote speaker for Western Carolina University’s ceremony honoring those on the 2019 fall semester chancellor’s list. 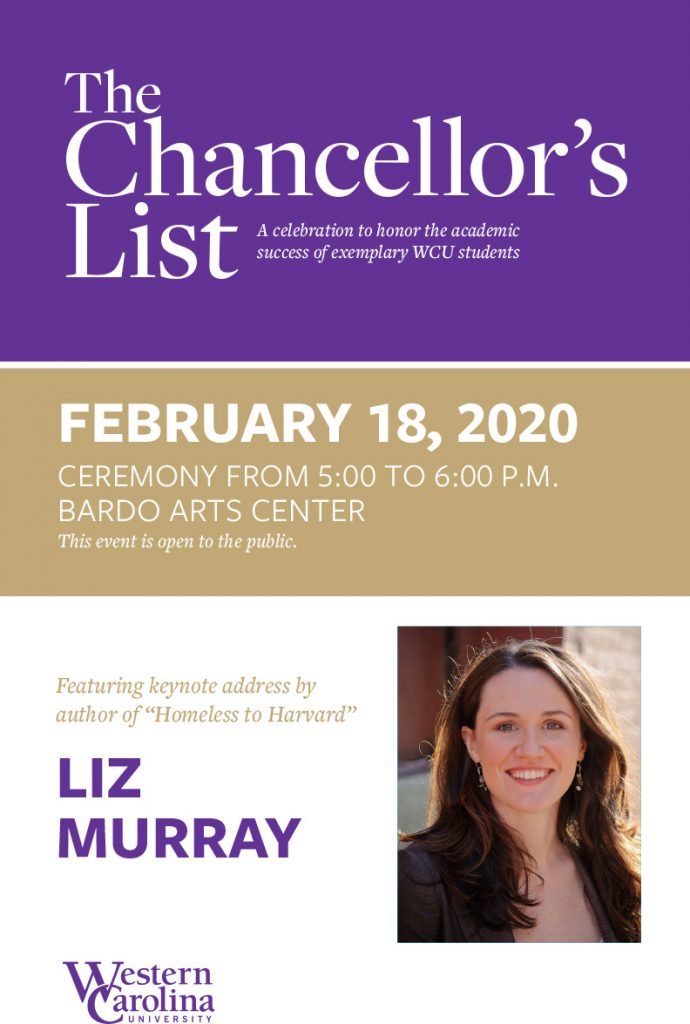 The event will begin at 5 p.m. Tuesday, Feb. 18, in the John W. Bardo Fine and Performing Arts Center. A reception will follow in the Bardo Art Center lobby. It is free and open to the public.

The chancellor’s list is a WCU designation to recognize students who have earned a 3.8 or higher GPA during a semester. A total of 1,828 students will be honored.

When Murray was growing up, her parents were drug addicts who routinely ate from dumpsters and sought refuge at all-night subway stations to survive. At the age of 15, Murray was homeless and struggling to survive.

Recognizing that education was the key to a new start, Murray earned her high school diploma in two years and won a scholarship to Harvard University. She has since become an inspiration to both student groups and business audiences with her motivational talks.

Murray graduated from Harvard in 2009 and went on to receive her master’s degree in the psychology of education at Columbia University. She is a co-founder and executive director of The Arthur Project, which provides mentoring to underserved middle school students.

Remarks will be given by Chancellor Kelli R. Brown and interim Provost Richard Starnes.

For more information, contact the Office of Student Transitions at 828-227-3017.