In the increasingly popular sport of disc golf, there are typically no user fees, low equipment costs and seemingly not much risk of getting hurt.

Instead of a ball and clubs, disc golf players use flying discs to progress down a fairway similar to golf, making consecutive throws from the spot where the previous throw landed. But, as with any moving projectile, there are opportunities for bodily contact. However, until recently there has been little or no evaluation for potential head injuries in disc golf.

Now, thanks to a grant from the Professional Disc Golf Association, a study has been conducted by two Western Carolina University faculty members and their findings published in the scientific journal Sports Biomechanics.

“Analysis and Comparison of Lateral Head Impacts Using Various Golf Discs and a Hybrid III Head Form” by Justin Menickelli, associate professor of health and physical education, and Chris Cooper, Robert Lee Madison Distinguished Professor and head of the Department of Political Science and Public Affairs, delves into inherent risks of being struck.

“When you hear about concussions, you think about football, hockey, lacrosse or other contact sports,” said Menickelli. “Not disc golf.”

The peer-reviewed study examined impacts to a crash test dummy head by a disc in a laboratory, with variations in velocity, mass, disc type or flexibility as would be found at a typical recreational setting. Courses at municipal parks and recreation departments, greenways and universities are being utilized with increasing frequency, which helped prompt the study. It is a popular intramural activity at WCU, with a 12-hole course on campus.

“This project began with a public policy focus before it became more focused on biomechanics,” Menickelli said. “An Ottawa, Canada, lab with extensive experience in such research conducted the tests and collected the data.” 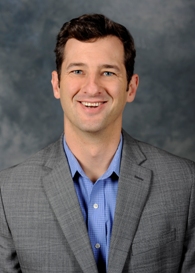 A planner or parks manager could bring forward a proposal for installation of a disc golf course and say it’s inexpensive to build and maintain, and safe, Cooper said. “But the town manager and town council will want numbers,” he said. “Easy enough for the price of chain baskets and signage, and the costs of upkeep. The safety factors aren’t so easy to nail down.”

The study results, for players and others, are good, Menickelli said. “The conclusion was the risk of concussion is extremely low, zero to five percent overall,” he said.

A disc golf code of conduct holds that a player never throws blind into an area, but uses a spotter and avoids throwing toward spectators, other players and pedestrians. Menickelli developed this player’s code that has been adopted internationally and translated into Amharic, Croatian, Czech, Finnish, German, Icelandic, Japanese, Mandarin, Polish and Spanish.