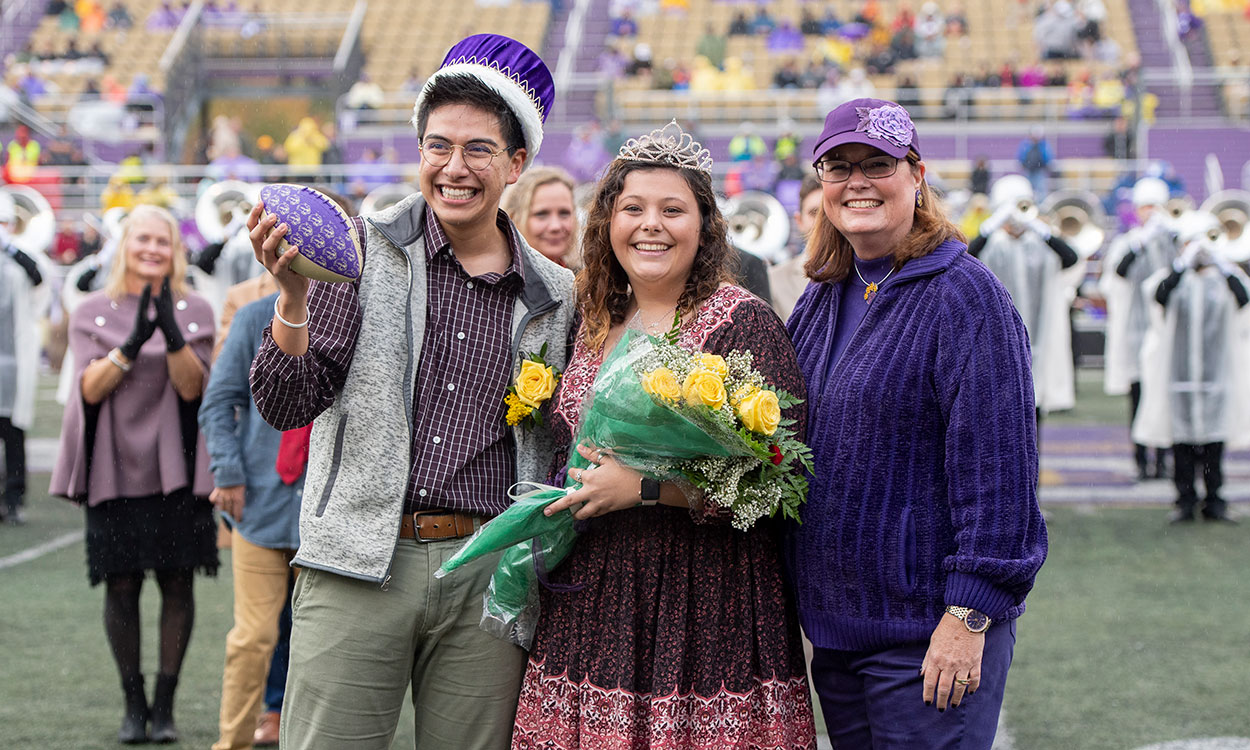 From left, winners of the titles of Homecoming king and queen for 2019, Paolo Balladares and Samantha Carter, are all smiles as they celebrate with WCU Chancellor Kelli R. Brown.

The announcement was made during halftime of WCU’s football game versus Furman University.

WCU students voted Sept. 30 and Oct. 1 to choose their top 10 candidates for king and top 10 candidates for queen from a pool of entrants. A Homecoming court panel conducted interviews with each of the candidates, and then, based on the interview sessions and letters of recommendation from WCU faculty or staff, narrowed the pool of candidates down to the five men and five women who made up this year’s court. The WCU student body voted Oct. 7-8 to choose the king and queen.

Carter, a graduate of Dixon High School in Holly Ridge, is the daughter of Sonya Carter and Ennett Carter. She serves as a resident assistant on campus and as a vice president for the Delta Zeta sorority.

Balladares, a graduate of Clayton High School in Clayton, is the son of Katty Delgado and Pablo Amestica. His activities on campus include serving as a member of the Honors College board of directors and as a senator on the Student Government Association. He also volunteers at local community clinics as a translator. 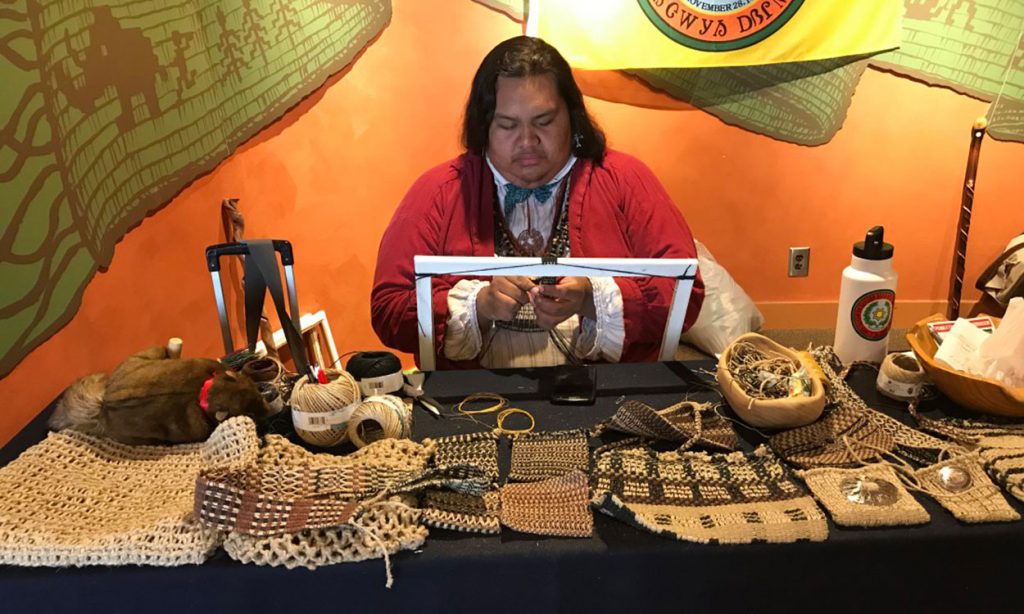 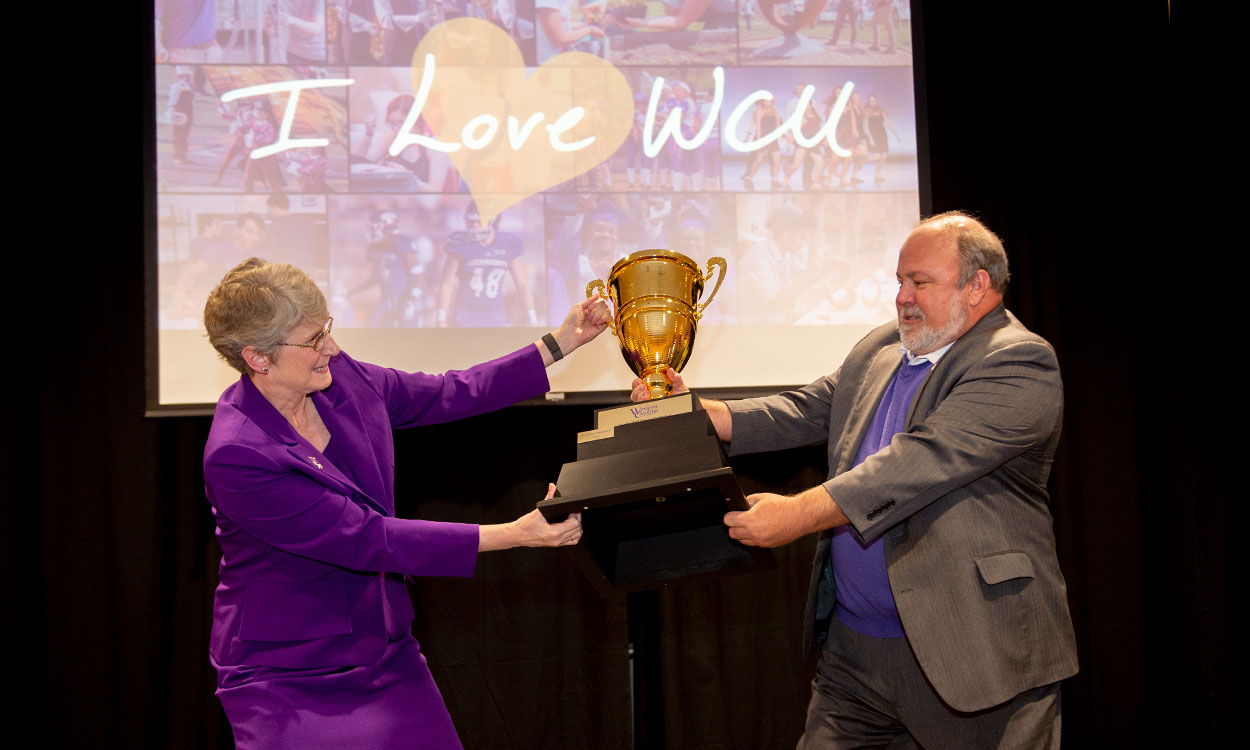