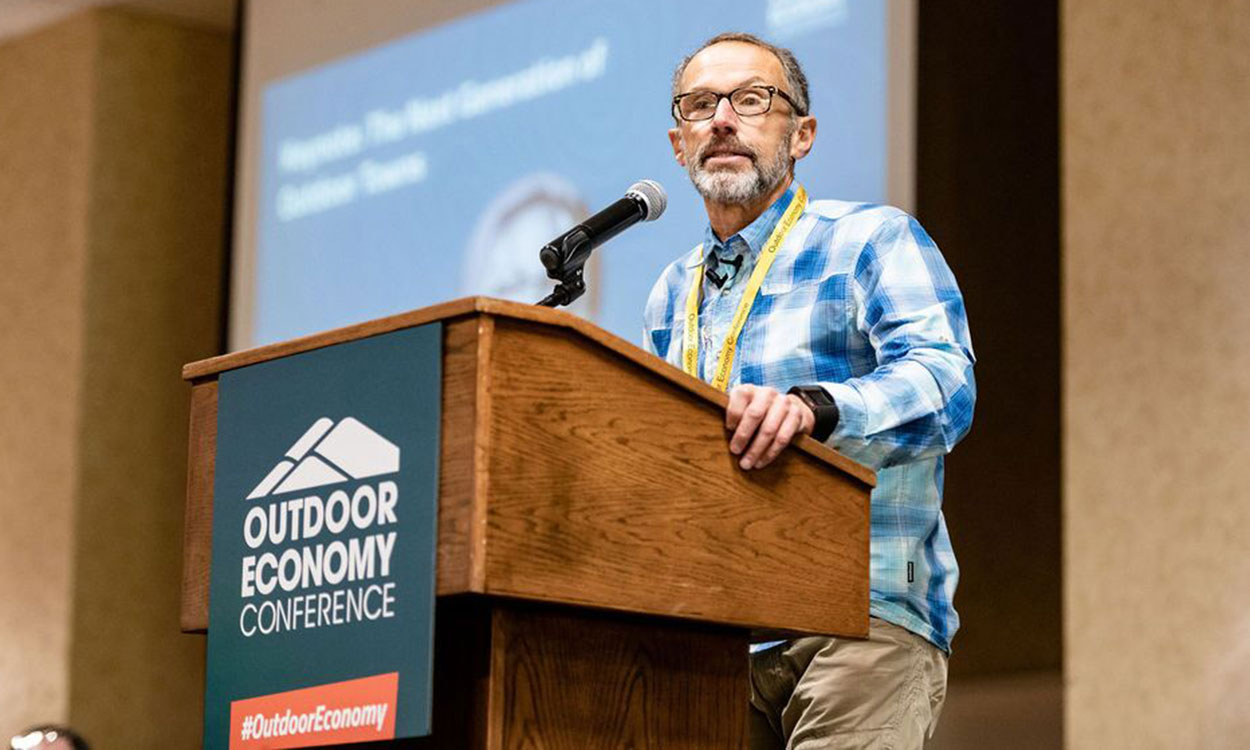 Organizers of the Outdoor Economy Conference, held Oct. 10 in Asheville, were expecting a large number of stakeholders representing the outdoor recreation industry to turn out for the second annual event, and they were not disappointed.

Participation more than doubled, compared to the sell-out crowd that attended the inaugural conference held last fall on the Western Carolina University campus. A total of 530 attendees turned out for this year’s event held at the Crowne Plaza Resort, and the contingent of 21 participants from WCU included six student volunteers from the Parks and Recreation Management Program. Twenty states and 39 North Carolina counties were represented for the gathering, which focused on harnessing business opportunities available in the outdoor recreation industry and boosting the Western North Carolina economy. 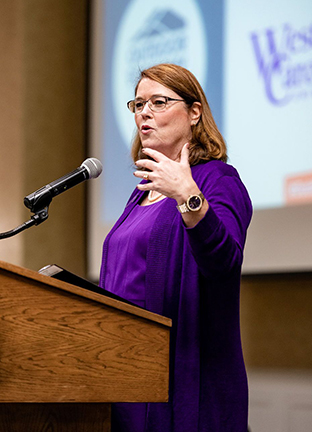 This year’s conference was organized by the Growing Outdoors Partnership, an initiative that includes more than a dozen nonprofits, businesses, governmental agencies and academic institutions, including WCU, that are working to expand the outdoor economy across 25 WNC counties. The event focus was “Building an Outdoor Economy” and the four building blocks that are essential for outdoor recreation to be an economic driver – workforce development, branding and marketing, supply chains, and recreational assets and infrastructure.

WCU Chancellor Kelli R. Brown delivered lunchtime remarks, telling those attending that WCU is committed to being an active partner in the region in working on “important matters, including economic development, workforce enhancement and social issues.”

That commitment includes supporting entrepreneurship, especially in the outdoor recreation pipeline, Brown said. “We want to be even more integral to the outdoor economy by increasing our outdoor-related programs. For example, we are developing innovative curricula like a new master’s degree program in experiential and outdoor education leadership,” she said. 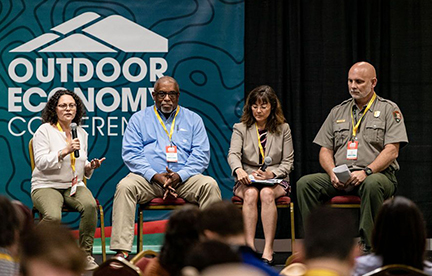 A panel of state and federal land managers talk about how public lands are the engine for the outdoor economy.

In her remarks, Brown recognized Arthur Salido, WCU’s executive director of community and economic engagement and innovation, for his work in getting the university involved in regional economic development partnerships, and faculty members Andy Coburn and Wes Stone for their efforts to ensure that new academic programs on campus are meeting the needs of the outdoor industry. Coburn and Stone are WCU’s faculty liaisons to the regional outdoor industry, and Salido, Coburn and Stone are WCU’s representatives for the Growing Outdoors Partnership.

The conference included a specialized track, “Building Thriving Outdoor Communities,” that was designed to help rural areas capitalize on their outdoor assets. It was directed at teams of three to eight local leaders and included an opportunity for an additional half-day workshop at Sierra Nevada Brewing on Oct. 11.

The event also offered an on-site Gear Expo featuring locally made products from member companies of the Outdoor Gear Builders of Western North Carolina, a coalition of more than 40 outdoors-based businesses.

Members of the WCU community can find out more about WCU’s participation in the Growing Outdoors Partnership by contacting Coburn (acoburn@wcu.edu), Stone (wstone@wcu.edu) or Salido (salido@wcu.edu). 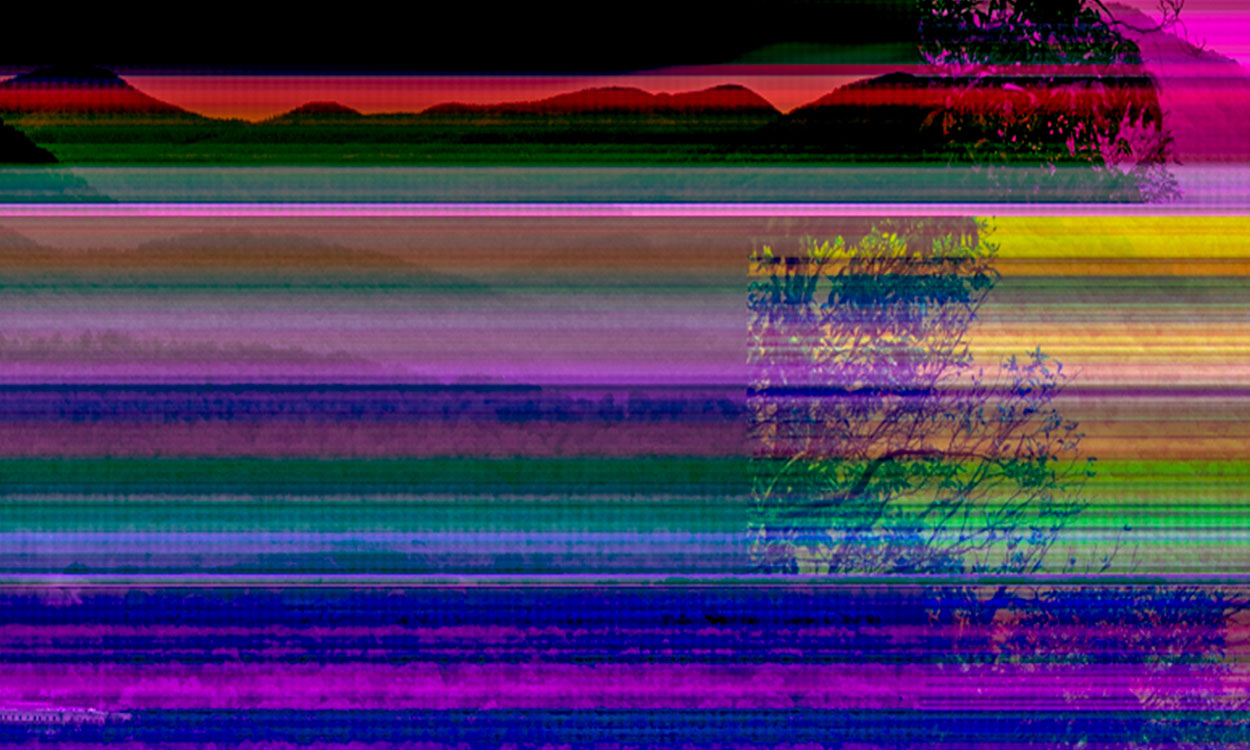