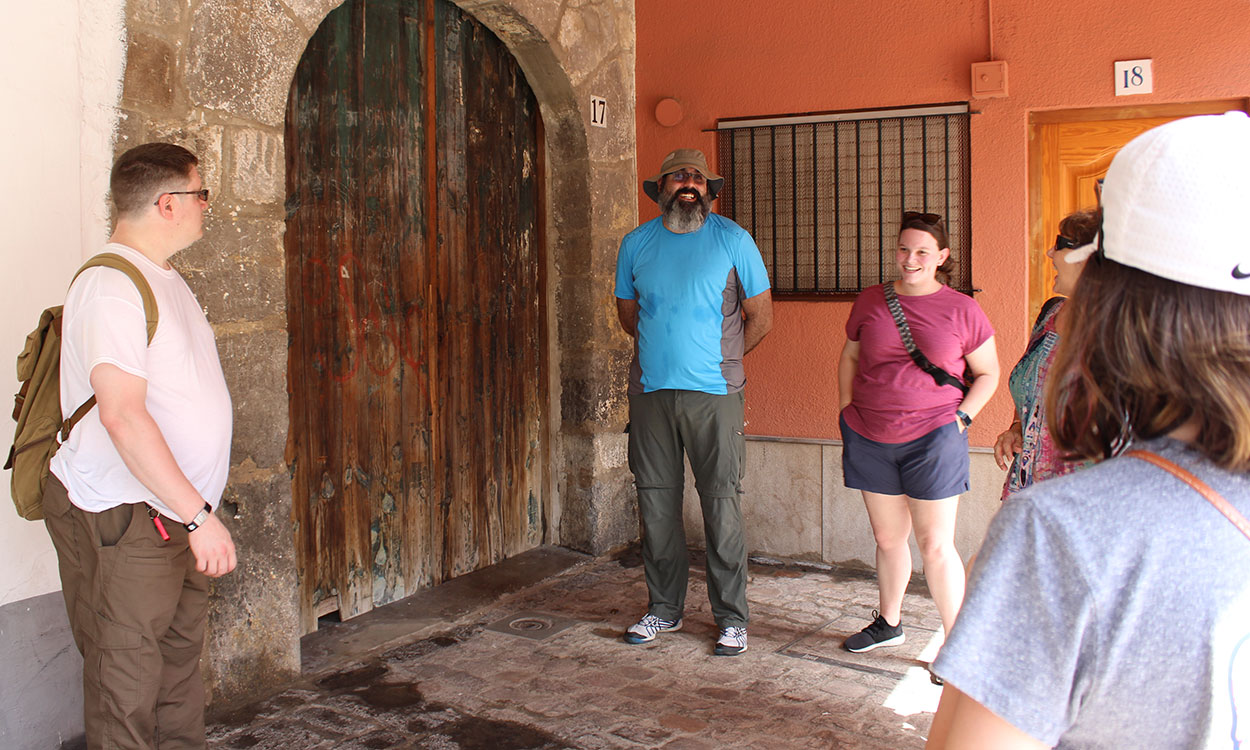 WCU faculty member Alberto Centeno-Pulido (center) leads the group on a visit to the medieval area of Sagunto. (Photo courtesy of Catharina Nickel)

A new noncredit course, “Spanish Experience: Valencia,” took a contingent from Western Carolina University to the Valencia region of Spain over the summer, and the trip also served as a fundraiser for a study-abroad scholarship offered through WCU’s Department of World Languages.

A group of eight went on the June 23-July 2 trip, which was administered through WCU’s Division of Educational Outreach. Lori Oxford, World Languages department head, and Alberto Centeno-Pulido, coordinator of WCU’s undergraduate program in Spanish, served as trip coordinators and guides. 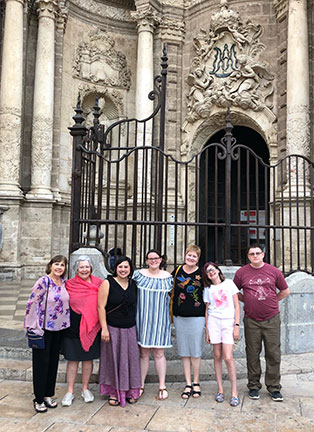 The group went on guided walks around Valencia that included sites such as the City of Arts and Sciences complex, the Mercado Central, the city cathedral and what remains of Valencia’s 14th-century fortifications, Oxford said.

Day trips included travel by train to visit ancient ruins and a medieval castle in the city of Sagunto and a venture to another historic city – Xativa, hometown of the Borgia family, which produced two popes and other church and political leaders. The group also took a short drive from Valencia to Utiel-Requena, where participants had a chance to learn about the art of wine and “cava” (sparkling wine) making.

For more information about the course or the Department of World Languages study-abroad scholarship, contact Oxford at 828-227-2769 or lfoxford@wcu.edu.