Faculty-led courses take students on journey of discovery to Japan 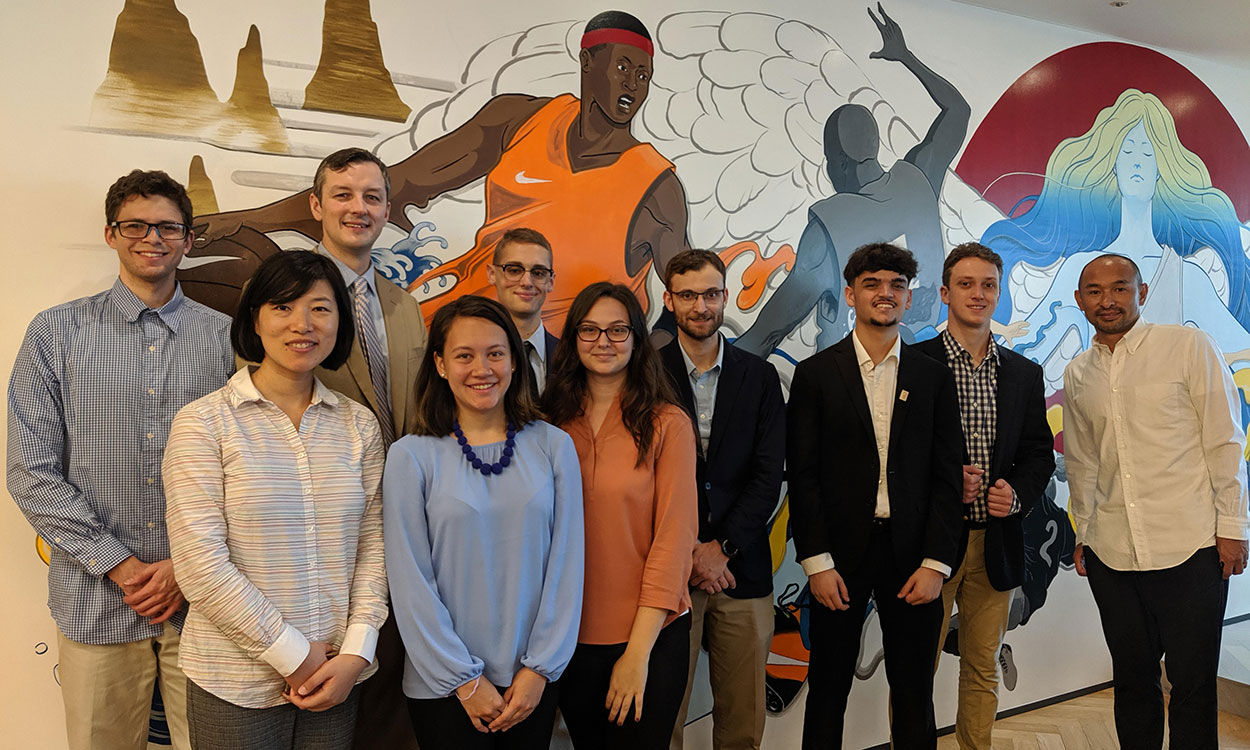 Seven Western Carolina University students went on a journey of discovery with faculty members Yanjun Yan and David Tyler via faculty-led travel courses to Japan after the conclusion of WCU’s 2019 spring semester.

Putting the trip together involved a three-year planning effort and a collaboration with three other WCU faculty members – Soichiro Motohashi and Yumiko Ono from the Japanese Program and Scott Rader from the Marketing Program, said Tyler, associate professor with the Sport Management Program. Motohashi was instrumental in establishing many connections and he also led his own Japanese class along similar travel routes at the same time, Tyler said. Both groups were able to share some cultural activities together, including a visit to the Meiji Jingu shrine, attendance at a sumo wrestling match and hiking on Miyajima Island. “The students learned a lot about Japanese culture during these activities, but also accomplished the distinct learning outcomes of each class,” he said. 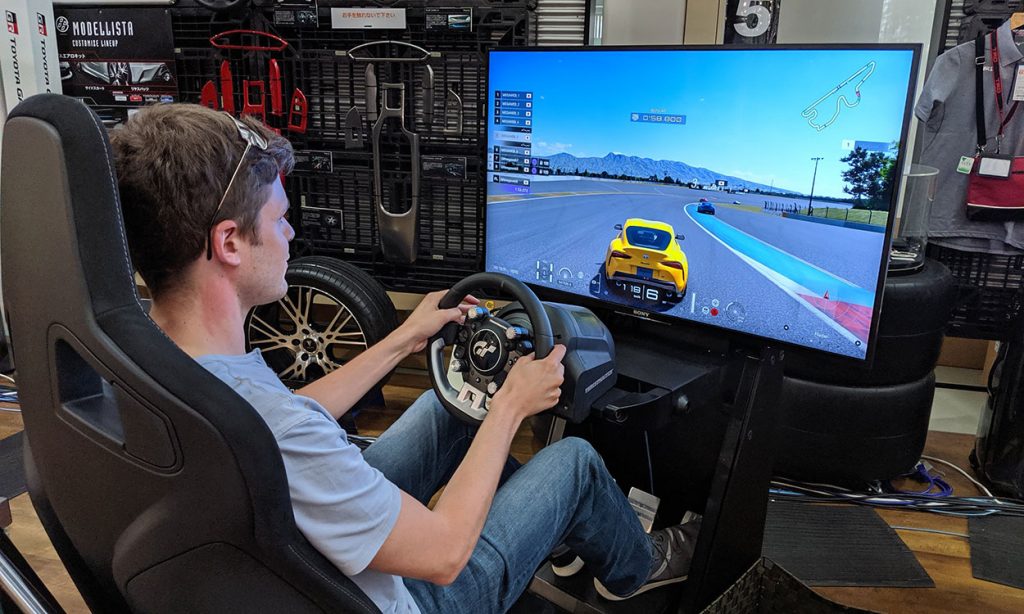 Alex Sapp operates a Supra simulator at a Toyota plant in Japan.

The students taking the engineering and sport management courses met engineers in Toyota Motomachi and Tsutsumi plants and at a Mazda factory and also had contact with sports professionals from Nike, the Yokohama basketball team, the Toyota softball team and the Chukyo University baseball team. In addition, the students studied sports fan culture by attending a Hanshin Tigers baseball game and a Gamba Osaka soccer game.

“Many of our behind-the-scenes visits were made possible because of our special connections and hosts, such as Miku Yamamoto,” Yan said. A former WCU student, Yamamoto still speaks fondly about the friendliness she found on the WCU campus, and she paid that back by welcoming the travel group like family, Yan said.

In addition to witnessing contemporary technologies, the students also were impressed by many handcraft masters such as the experts at Mizuno Technics, who carved baseball bats while the students watched, and a fifth-generation blacksmith, Yasuhiro Hirakawa, who forged swords and bonsai scissors as the students crowded the workshop, Yan said.

The class also visited many museums, including the Toshiba Science Museum to see the Karakuri Puppet, a mechanical robot developed 300 years ago, and the National Museum of Emerging Science and Innovation to see Asimo, the Honda humanoid robot. Their travels also took them to the Hiroshima Peace Memorial Museum, “where the students saw a somber, yet honest, depiction of the effects of nuclear war,” Tyler said. 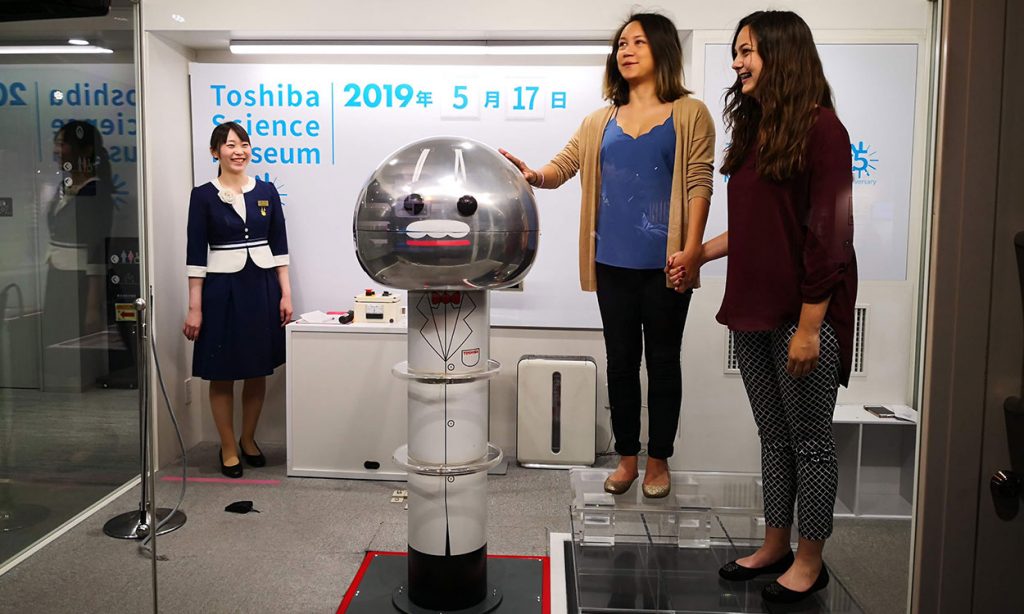 Along the way, the group was able to partake in delectable Japanese cuisine, including freshly made sushi, yakiniku (Japanese barbecue), okonomiyaki (Japanese pancakes) and a multi-course dinner overlooking Osaka, Yan said.

The participating students raved about the trip to Japan after its conclusion, with comments such as, “It’s a must-do while in college” and “life-changing,” she said.

Yan, who led the College of Engineering and Technology’s first faculty-led travel course, a trip to China, in the summer of 2018, said she and her colleagues in the college were thrilled to offer two faculty-led courses this summer. In addition to the trip to Japan, the college’s Nelson Granda-Marulanda joined with Lauren Bishop, WCU’s chief sustainability officer, in leading a group of six students from engineering and environmental science on a trip to Costa Rica to study engineering for sustainability.

Yan’s website with trip information can be found here. She can be contacted for more information at 828-227-2648 or yyan@wcu.edu. 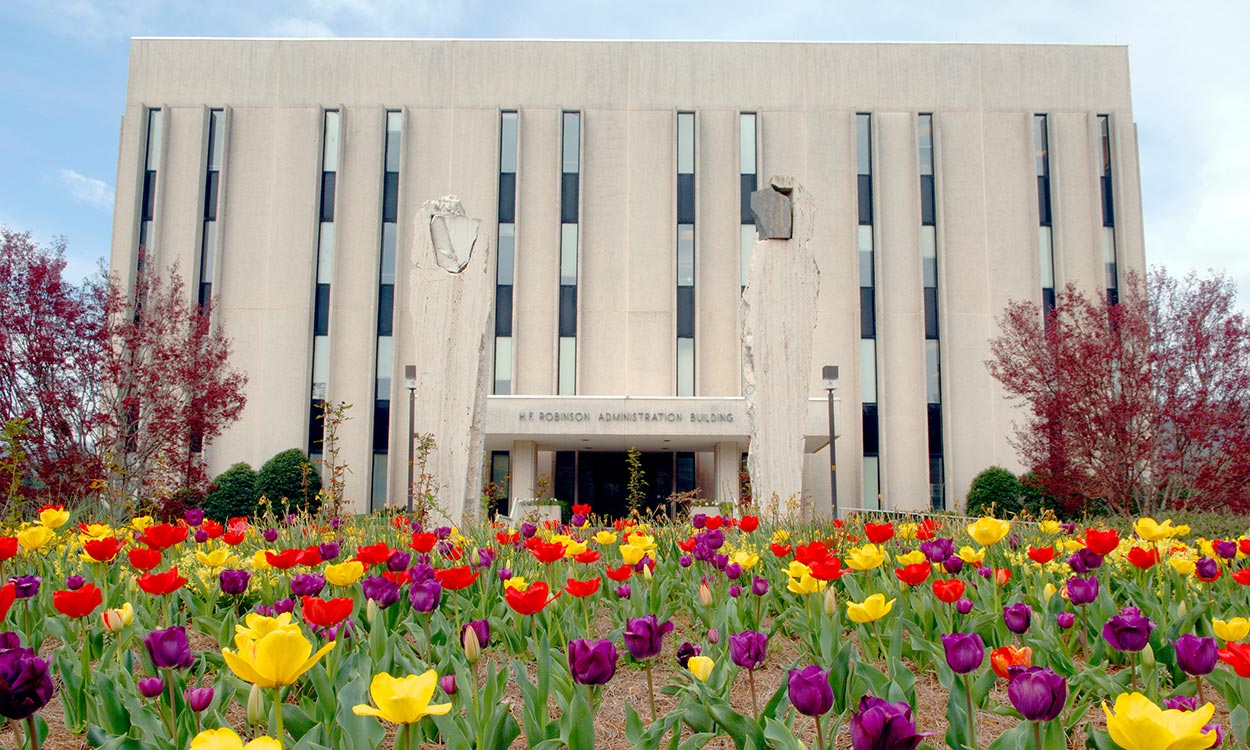