The Western Carolina University Board of Trustees has filled two distinguished professorships, one of them a new position designed to increase interest in construction management and the other an existing title intended to reward current WCU faculty members for exemplary teaching, research and service.

With the board approval as part of its quarterly meeting Friday, June 7, John C. Hildreth, associate professor of engineering technology and construction management at the University of North Carolina at Charlotte, will become WCU’s inaugural Joe W. Kimmel Professor of the K-12 Construction Industry Relationship, effective Aug. 1.

The board also endorsed the appointment of Chris Cooper, professor and head of WCU’s Department of Political and Public Affairs, as the next faculty member to hold the university’s Robert Lee Madison Professorship.

The $1 million Kimmel professorship was created through a combination of $500,000 in gifts from Kimmel & Associates in honor of Joe Kimmel, the executive search firm’s founder and chairman emeritus, and matching funds provided through a program initiated by the General Assembly to encourage private support of public institutions of higher education.

A UNC Charlotte faculty member for 12 years, Hildreth has held several leadership roles there, including associate chair of graduate education and research, and director of the construction and facilities management graduate program. His research focuses primarily on asset management, with an emphasis on equipment and fleet management. 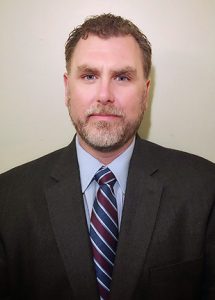 “My research objective is to promote effective and efficient management of mobile equipment and the capital-intensive assets of transportation systems,” Hildreth said. “I am excited to join an excellent university community, and I look forward to working closely with construction industry partners to showcase the many opportunities for rewarding professional careers in the construction industry.”

Hildreth earned his doctorate in civil engineering at Virginia Tech and his bachelor’s and master’s degrees in civil engineering at West Virginia University. In addition to his academic career, he has eight years of experience in the heavy infrastructure sector of the engineering and construction industry. He is chair of the Transportation Research Board committee on maintenance equipment and was recently selected as the academic adviser to the Association of Construction Equipment Managers.

“Dr. Hildreth has a perfect blend of first-hand knowledge from working in the industry and the pedagogical skills gained from his academic background, both of which are necessary to help bridge the gap between the theory of the classroom to the real world of careers in construction management,” said Jeff Ray, dean of WCU’s College of Engineering and Technology. “I have no doubt that he will have an immediate impact on our efforts to increase the number of construction management graduates by improving relationships with schools throughout the region.”

Cooper, the new Madison Professor, has been a member of the WCU faculty since 2002. Head of the Department of Political Science and Public Affairs since July 2011, he previously served as director of WCU’s Public Policy Institute from 2008 through 2011 and as director of the Master of Public Affairs Program from 2005 to 2010.

A nationally recognized scholar in American politics, with a focus on state and Southern politics, he has won numerous honors in recognition of his teaching, research and service, including the Carnegie Foundation for the Advancement of Teaching’s N.C. Professor of the Year award in 2013, the University of North Carolina Board of Governors Award for Excellence in Teaching in 2013 and WCU’s University Scholar Award in 2011.

Cooper is only the second WCU faculty member to hold the title of Madison Professor. Established in 2007, the professorship is named in honor of the institution’s first president, Robert Lee Madison. It carries a salary supplement and additional support for scholarly work. The title is granted for a period of five years and may be renewed for additional five-year terms. David Shapiro, professor of communication sciences and disorders, was named the first Madison Professor in 2008 and served until he retired in June. Cooper’s appointment is effective immediately.

“I am honored to be selected for the Madison Distinguished Professorship,” Cooper said. “In addition to contributing to traditional scholarly outlets, I believe that academics have an obligation to communicate research and disciplinary findings with a wider audience. That is why I am eager to serve as a ‘public intellectual,’ giving frequent talks on political science and public policy issues across the region and state, and providing commentary and context to media outlets ranging from local weekly newspapers to national and international publications and broadcast networks.”

Cooper said he plans to utilize the professorship to expand his public outreach by increasing his output of op-ed pieces, enhance research and collaboration with WCU undergraduate and graduate students, and initiate a new study of retired North Carolina lawmakers in an effort to improve policymaking at the state level.

“Dr. Cooper is highly deserving of the honor of being named Madison Professor,” said Carol Burton, WCU acting provost. “Chris is not only a terrific teacher, nationally recognized scholar and university leader, he is a great example of a public intellectual, channeling his expertise and passion for Southern politics and political psychology to inform and educate a wide audience. His commitment to public engagement serves to enhance the reputation of WCU far beyond the valley where Robert Lee Madison first served as president of what became our wonderful university.”

Student choirs joining together to present 'Celebration of Song'