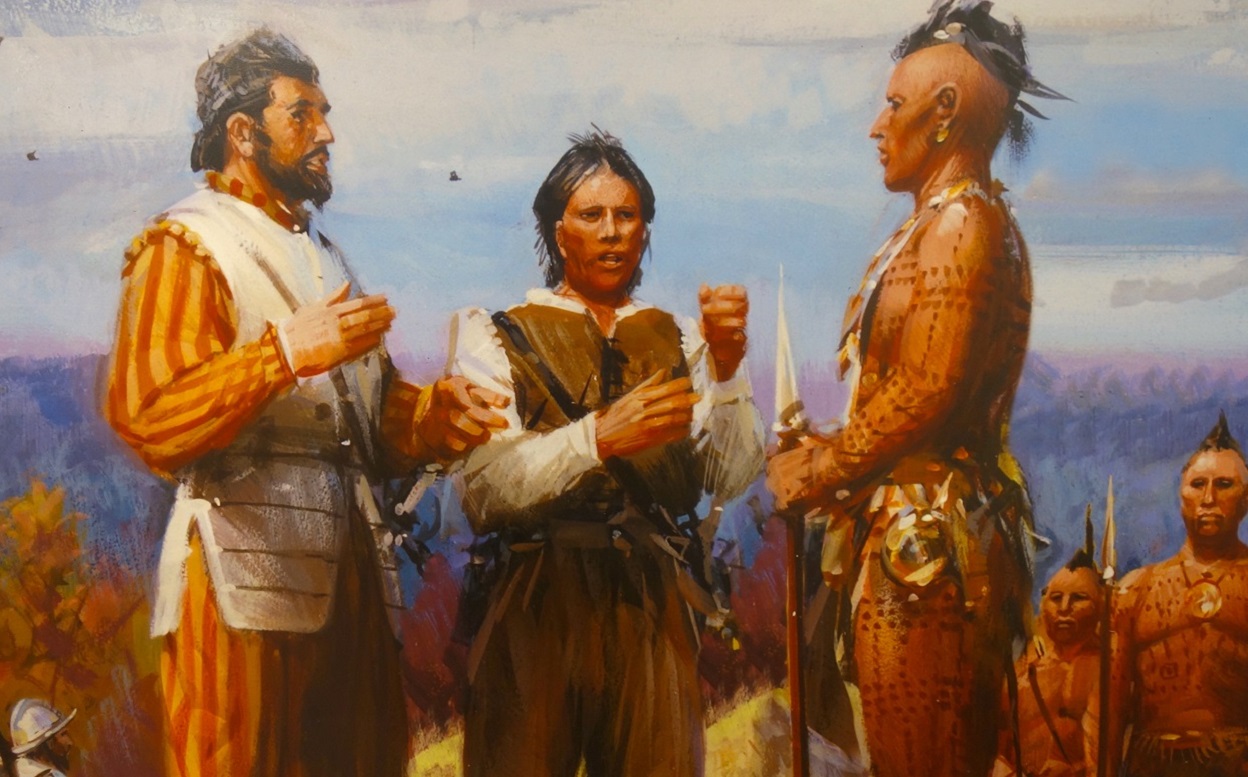 In this painting, Juan Pardo meets the inhabitants of Joara. (Image courtesy of National Geographic)

The “Uncovering Our Forgotten Past: Fort San Juan” exhibit features artifacts from and displays about an archaeological site in Burke County that in the 1500s was a large Native America settlement and, in 1567, a fort established by Spanish explorer Juan Pardo.

Archaeologists have been excavating an area near Morganton now confirmed to be Joara, which was a thriving Native American township established around 1400. Conquistador Hernando DeSoto visited in 1540, with the subsequent arrival of Pardo and a contingent of soldiers leading to building the first and largest in a series of fortifications in the region.

The exhibit was developed as part of a commemoration of the 450th anniversary of the Pardo expedition and is on loan from the Exploring Joara Foundation, a nonprofit public archeology group based in Morganton. 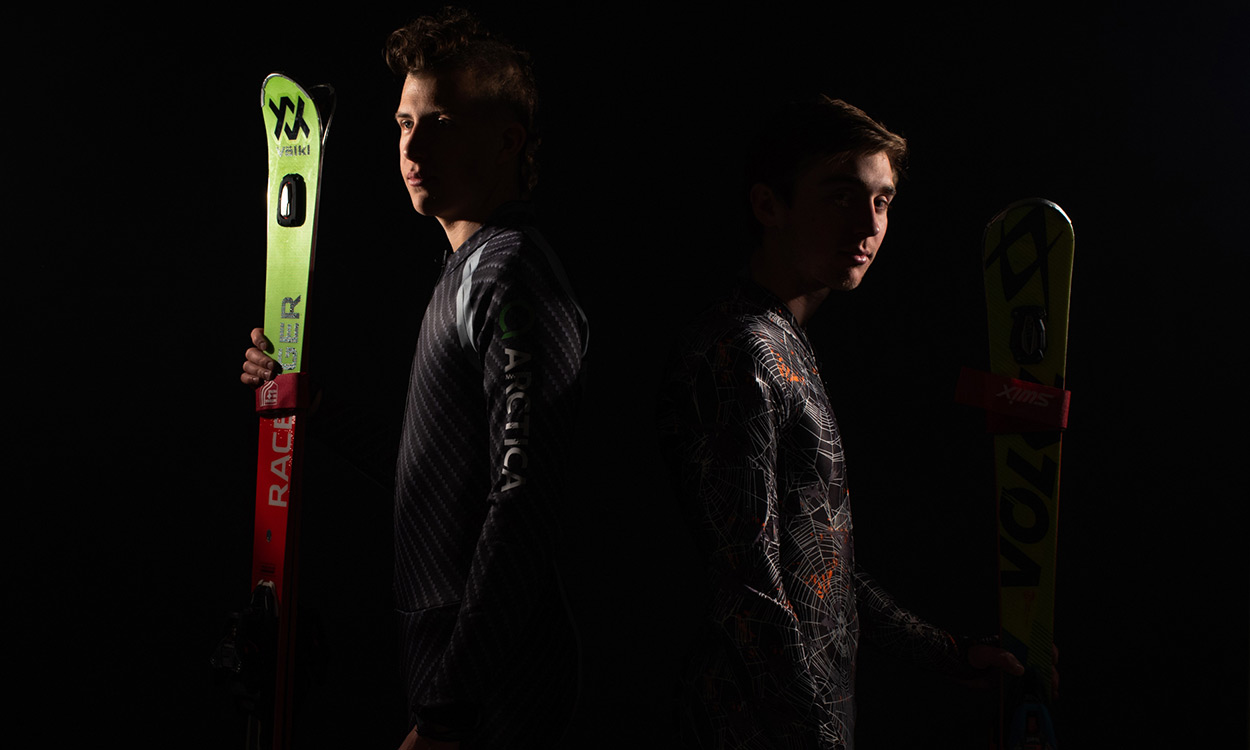