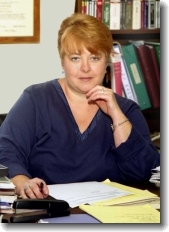 The opera consists of solos, duets and ensembles for each of the dates. Conceived by Dean Anthony, with words and music by Michael Ching, “Speed Dating Tonight!” has been produced more than 70 times since its inception in 2013, making it one of the more popular operas of the 21st century.

“Each of the dates is unique,” said Mary Kay Bauer, an associate professor in WCU’s School of Music who is directing the performance. “Some dates display sensitive, honest characters who are truly seeking a soul mate. Other dates display quirky oddballs who may terrify their potential matches or who may find the perfect complementary oddball to fulfill their romantic lives. It is a hilarious, operatic eavesdropping into the perils and stereotypes of a modern dating scene.”

The WCU production is assisted by Kendall Purdy, Wesley Walker and Tyler Garner. Musical direction is by Sarah Fowler, with assistance from Shoko Okamoro. The cast consists of 15 students from both WCU’s School of Music and School of Stage and Screen.

Local entrepreneur Phil Drake to speak on campus about success