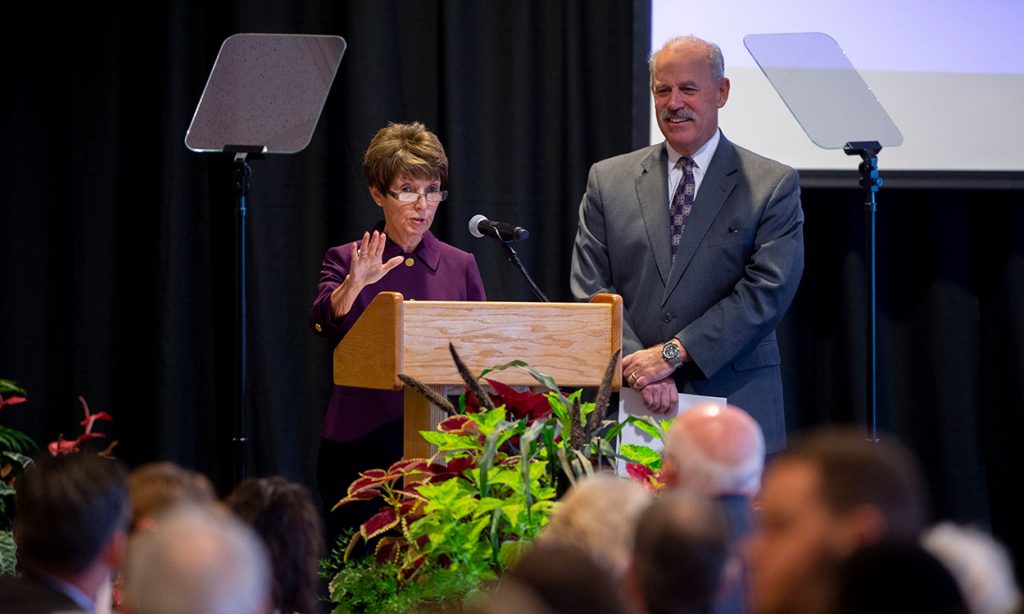 Debbie and Dale Sims will serve as emcees for the campaign celebration.

A community celebration will be held from 11:30 a.m. to 1:30 p.m. Thursday, May 2, on the arena floor of Ramsey Regional Activity Center to announce the final tally of “Lead the Way: A Campaign Inspired by the Belcher Years.”

The event is the culmination of a seven-year effort that began when former Western Carolina University Chancellor David O. Belcher pledged to ensure access to higher education for all capable students. That pledge eventually led to the start of a comprehensive fundraising campaign – only the second in WCU’s history, and one that focused on the need for increased scholarship support. The goal was to raise $60 million.

The ambitious campaign will go down in the record books as a turning point in the university’s history, said Dale and Debbie Sims, members of the “Lead the Way” steering committee and emcees of the event.

“If we look to the past, we can definitely say our ‘Lead the Way’ campaign is historic, both in terms of how much has been raised and how many generous donors have contributed. If we look to the future, we can say this campaign is life-changing for our students – and for many years to come,” said Dale Sims, a former member and chair of the Foundation Board.

“When we were asked to serve as emcees, we were of course honored,” said Debbie Sims, who serves on the Foundation Board. “Candidly, we also had to pause and think about it. Our love and pride for WCU and its students run deep, and we needed to be confident we could get through the program without our emotions spilling over. We’re still not sure we will be able to hold it together, but we said 'yes.'”

Lunch will be served and entertainment will be provided by WCU’s Purple Thunder drum line and the Catamount Singers and Electric Soul.

Raising money for scholarship support was the late chancellor’s philanthropic priority when he arrived at WCU in July 2011; he was officially installed on March 29, 2012, as the university’s 11th chancellor.

For more information about the May 2 campaign celebration event, contact DonorRelations@wcu.edu or 828-227-3090. 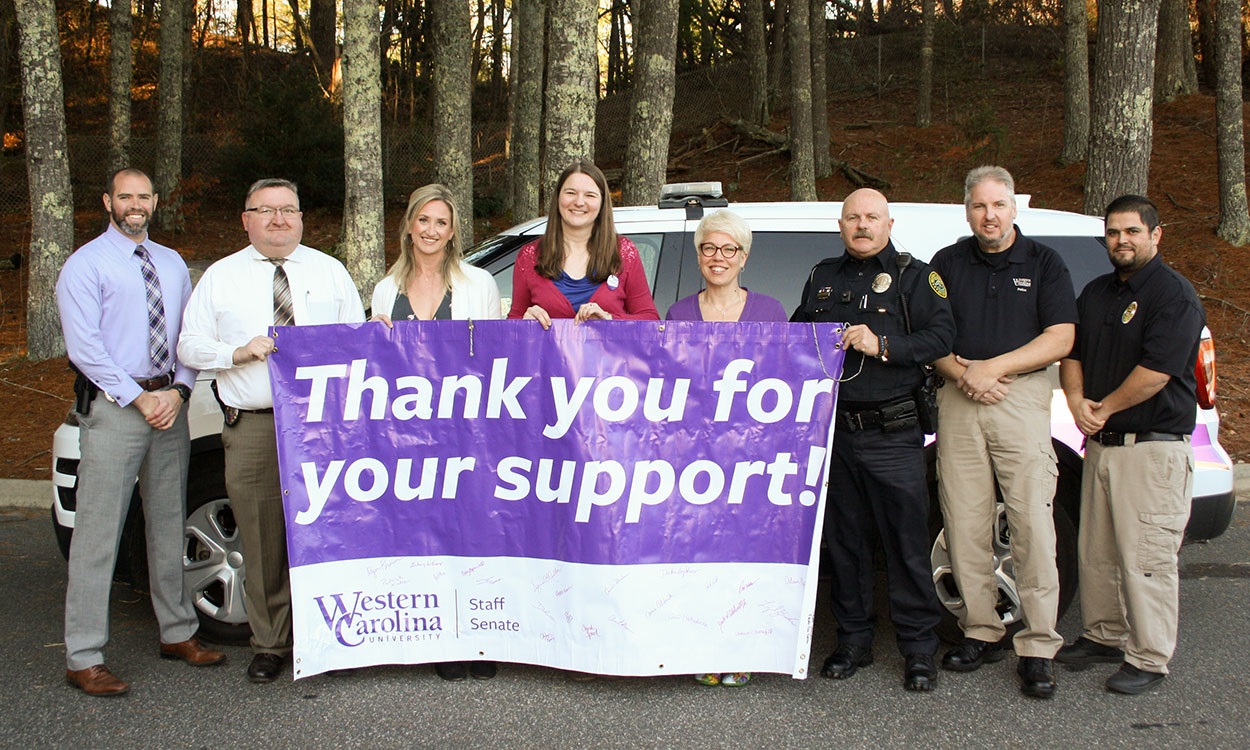