Gov. Roy Cooper gets tour of campus during his visit to region 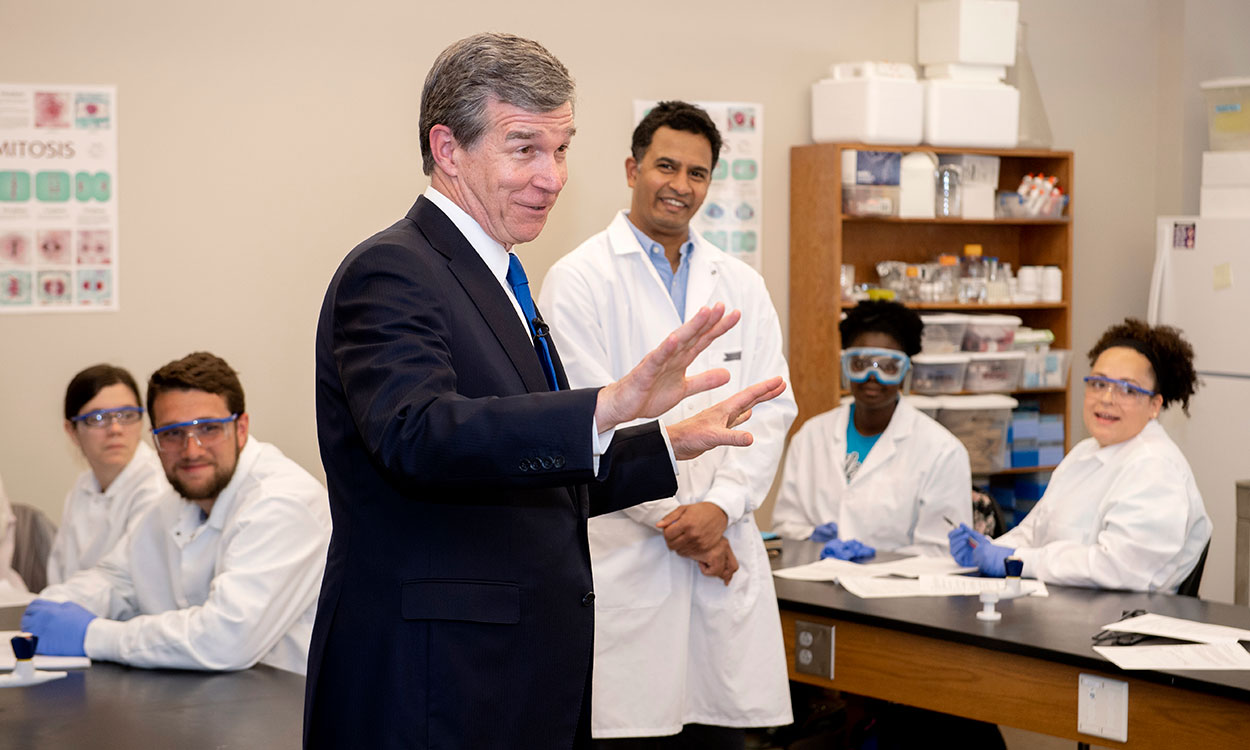 N.C. Gov. Roy Cooper meets with a forensic science class during his April 12 visit to campus.

As part of a two-day tour across Western North Carolina, Gov. Roy Cooper made a stop Friday, April 12, at Western Carolina University.

During his first visit to WCU’s campus as North Carolina’s governor, Cooper went by a forensic science class and a research laboratory in Stillwell Building, caught a glimpse of construction work on the Apodaca Science Building, toured WCU’s aging steam plant and capped the visit with a walk through dormant Moore Building, which, thanks to Cooper’s bond referendum proposal, could receive a comprehensive renovation.

Under Cooper’s $3.9 billion Invest NC bond plan, $500 million would be earmarked to improve facilities at campuses within the University of North Carolina System. WCU would receive $10.9 for the first phase of renovation of Moore Building. 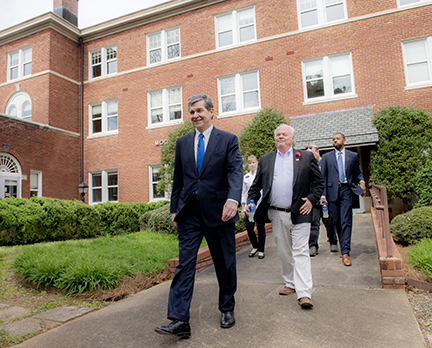 Cooper (left) completes a tour of Moore Building, which has been dormant since the opening of the Health and Human Sciences Building in 2008.

Moore Building has been vacant since the Health and Human Sciences Building opened in 2008. The plan calls for the four-story building to be completely gutted and configured with new classroom and office space. Phase I would entail completing most of the first floor of the original building, and also the first floor and half of another floor of the annex wing, said Joe Walker, associate vice chancellor for facilities management.

“We have started doing some minor renovations to clear some space back, but that $10 million would give us a lot more to expand this and add an elevator,” Walker told the governor.

Cooper, who was accompanied on the tour by state Rep. Joe Sam Queen from District 119, also took a tour of the WCU’s circa 1920s steam plant, which features some equipment more than 40 years old. Lee Smith, WCU’s director of operations and maintenance for facilities management, led the tour along with steam plant operations manager Terry Riouff.

WCU has received $17.25 million from the legislature to replace the steam plant, and university officials are hopeful the remaining $16.5 million needed for the project will be included in this year’s state budget.

During his visit, Cooper spoke with forensic science students in a biotechnology teaching lab. Prior to addressing the class, Cooper, a former state attorney general, asked students what they were working on.

“I’m honored to be on the campus of Western Carolina,” Cooper told the class. “What a great university that’s well-respected, not only across our state, but across the country. You guys have great paying jobs out there waiting for you. There are a lot of businesses, a lot of governmental entities that really need people that have the training that you’re getting right here at Western Carolina,” he said.

NC Promise, which began in the fall of 2018 at WCU, UNC Pembroke and Elizabeth City State University, is a plan implemented by the state that reduced tuition to $500 per semester for in-state students and $2,5000 for out-of-state students.

In addition to visiting WCU, the governor stopped by the North Carolina Center for the Advancement of Teaching while also visiting communities in Transylvania, Clay, Cherokee, Graham and Swain counties during his two days in Western North Carolina. 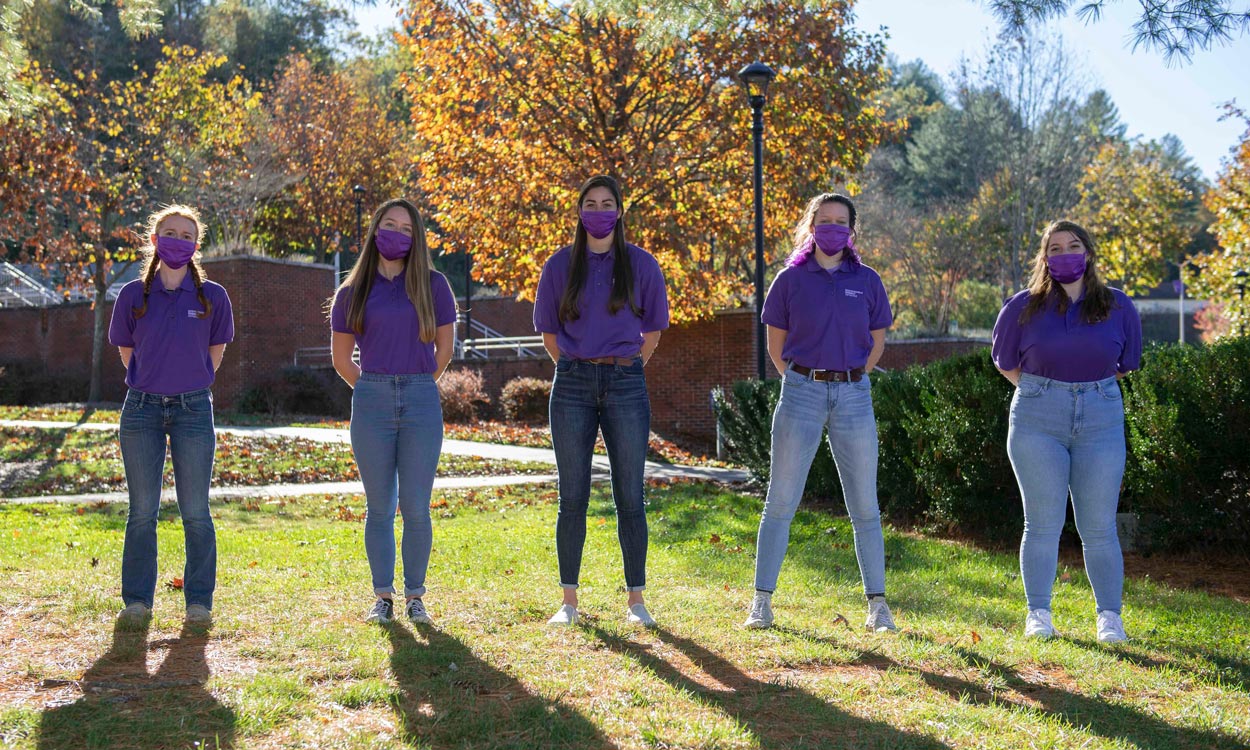