The iconic fairy tale “Beauty and the Beast” will be brought to life at Western Carolina University as students and faculty from the School of Stage and Screen present their final theatrical production of the spring semester. 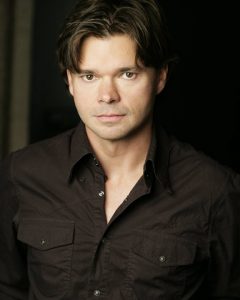 Performances are set for 7:30 p.m. Thursday, April 11, through Saturday, April 13, with a concluding presentation at 3 p.m. Sunday, April 14. All shows take place in the performance hall of John W. Bardo Fine and Performing Arts Center.

The musical theatre version of “Beauty and the Beast” that will be presented at WCU includes music by Alan Menken, lyrics by Howard Ashman and Tim Rice, and book by Linda Woolverton. Their adaptation is based on the 1991 Walt Disney Pictures animated musical film of the same name, which won an Academy Award. The Disney film was, in turn, based on a classic French fairy tale by Jeanne-Marie Leprince de Beaumont.

“Beauty and the Beast” tells the story of a cold-blooded prince who has been changed into an ugly creature as punishment for his selfishness. To revert back to his true human form, the Beast has to learn to love a beautiful young woman, Belle, whom he has 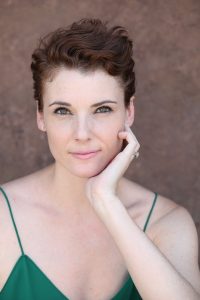 imprisoned in his castle before it is too late and he remains the Beast for eternity. The musical premiered on Broadway in April 1994 starring Terrence Mann, WCU’s Phillips Distinguished Professor of Musical Theatre, as the Beast. That production ran on Broadway for more than 5,400 shows over a span of 13 years, and Mann received one of his three Tony Award nominations for his performance. He joined WCU’s faculty in 2006.

Two guest artists who are veterans of Broadway and television, Hunter Foster and Chryssie Whitehead, will be visiting the WCU campus to work with the School of Stage and Screen production. Foster, an actor and director who won a Tony Award in 2004 for his lead acting role in “Little Shop of Horrors,” will direct the university show, while Whitehead, who began her career as a Rockette straight out of high school and is now dance instructor at Cherokee High School, will serve as choreographer. Thaddeus Walker, associate artistic director for the “Unto These Hills” outdoor drama in Cherokee, is filling the role of fight choreographer for the WCU production, and Stephen Purdy of WCU’s musical theatre faculty will be musical director and conduct an orchestra that includes WCU students and faculty.

The show is recommended for all ages. Tickets are $20 for adults; $15 for WCU faculty and staff, and seniors; and $10 for students and children. For tickets or more information, call the box office of John W. Bardo Fine and Performing Arts Center at 828-227-2479.

WCU Board of Trustees to meet Dec. 3-4