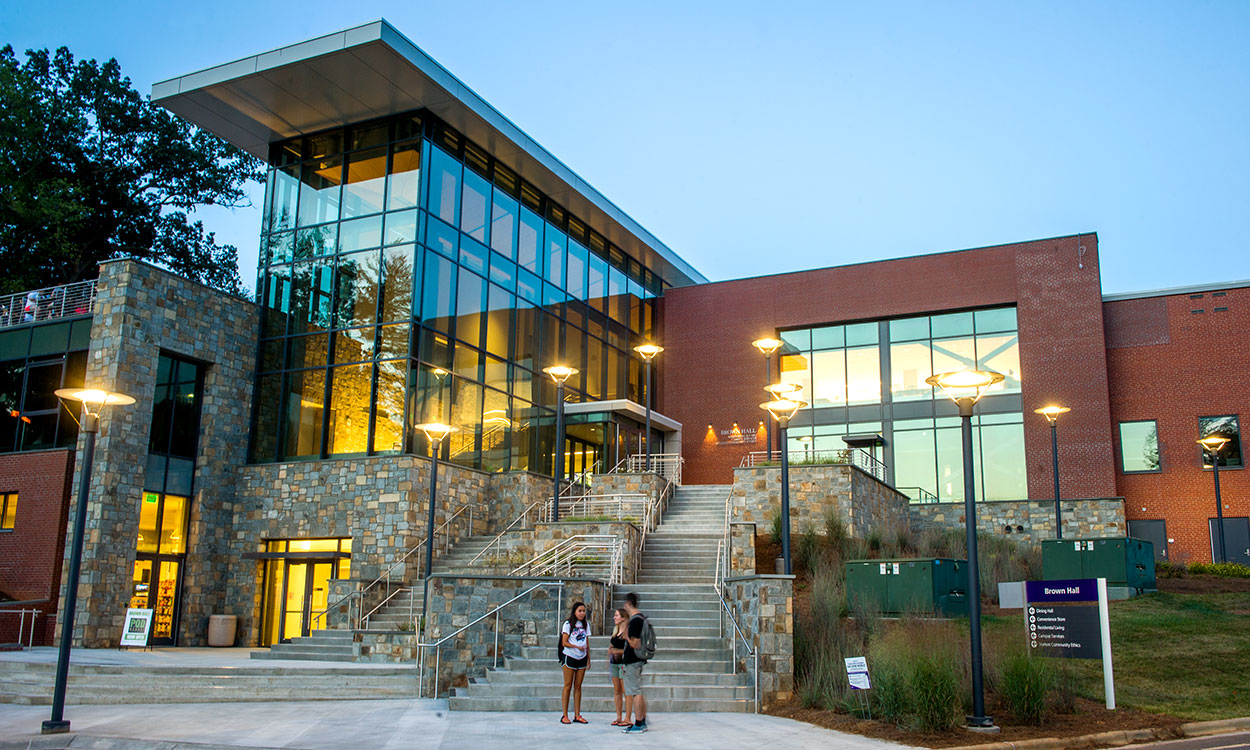 The architectural firm and construction company that worked on Western Carolina University’s Brown Hall renovation and addition project are the recipients of an award from the State Construction Office.

The firm that provided the project design – Watson Tate Savory – and the contractor that completed the renovation and addition – Vannoy Construction – were honored with an Excellence in Project Implementation Award at the 38th annual State Construction Conference held March 28 at N.C. State University in Raleigh.

Curtis Monteith, an engineer in WCU’s Department of Facilities Management who oversaw the project for the university, presented the award to Michael Watson and Jana Hartenstine of Watson Tate Savory and to Jim Young and Brian Walker of Vannoy Construction.

Participating in the award presentation are (from left) Michael Watson and Jana Hartenstine of Watson Tate Savory, Latif Kaid of the State Construction Office, Ron Almond of Optima Engineering, Jim Young and Brian Walker of Vannoy Construction, and Curtis Monteith from WCU.

The $22.5 million Brown Hall project, completed in the summer of 2017, included the renovation of an existing 30,240 square feet of space and the addition of about 25,000 more square feet. The original two-story building, built in 1959 and known as Brown Cafeteria, closed as a food-service operation on campus in 2010. The facility now includes a modern food court, a full-service Starbucks and a Steak ‘n Shake, plus offices for the departments of Residential Living, Campus Services and Student Community Ethics.

Watson Tate Savory has offices in Charlotte and Columbia, South Carolina. Vannoy Construction maintains five offices around the two Carolinas, including one in Asheville. The State Construction Office is part of the N.C. Department of Administration.

“Our expanded and renovated Brown Hall is a beautiful and much-needed addition to the area of campus around the intersection of Centennial Drive and Central Drive, but it also stands as a testament to the vision and excellent work of our associates with Watson Tate Savory and Vannoy Construction,” said Matt Ketchum, WCU’s director of facilities planning, design and construction.