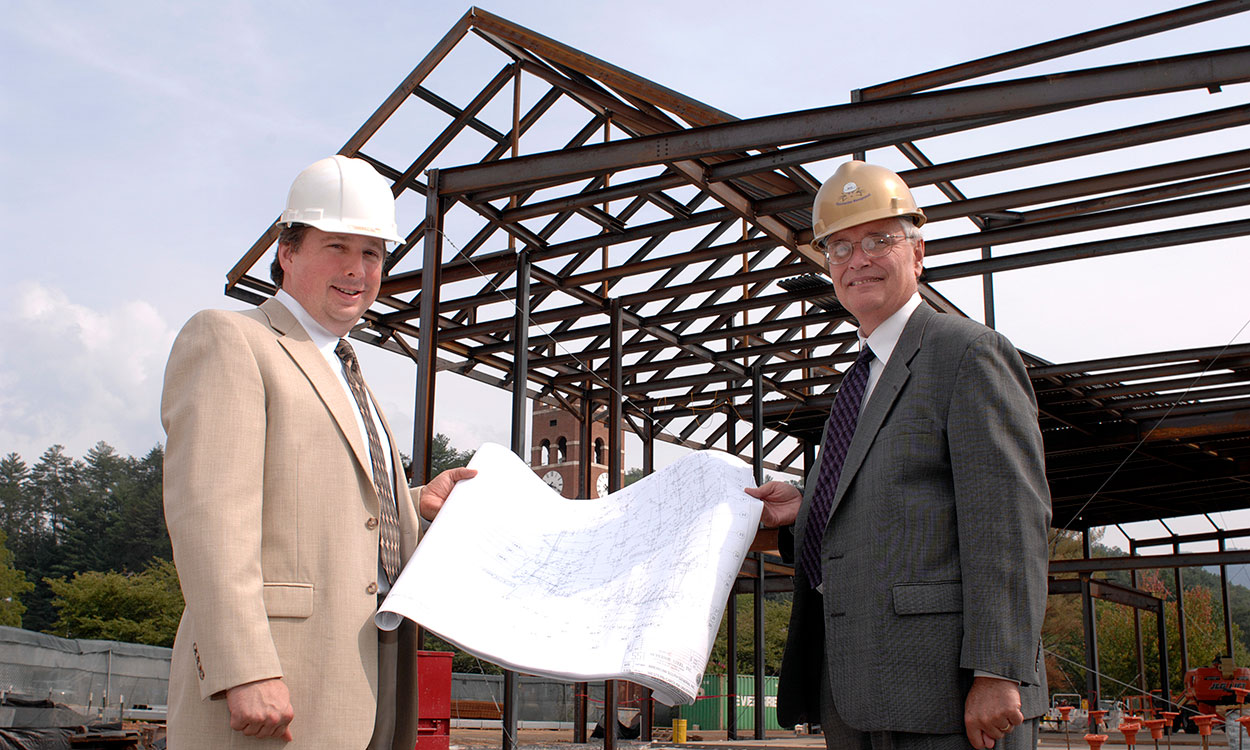 During his tenure as WCU Chancellor, John Bardo (right) guided the university through a period of steady enrollment growth, an unprecedented building boom, the birth of the Honors College and the launching of the Millennial Initiative. He is seen here, along with WCU Vice Chancellor for Student Affairs Sam Miller, in front of the construction of the Campus Recreation Center.

John W. Bardo, who served as chancellor at Western Carolina University for nearly 16 years, died Tuesday, March 12, at the age of 70, following a period of declining health. Bardo had been president at Wichita State University in Kansas since 2012.

The 10th chancellor at WCU, Bardo served from 1995 until 2011, when he stepped down from the position to return to the faculty. Following an unexpected opening at Wichita State, where he began his academic career and with the encouragement of former colleagues there, he returned to the Kansas institution to seek the presidency.

Bardo guided WCU through a period of steady enrollment growth, an unprecedented building boom, the birth of the Honors College and the launching of the Millennial Initiative, said Alison Morrison-Shetlar, WCU interim chancellor.

“I was fortunate to know Dr. Bardo, and I am well aware of his impact on this university and his role in setting us on a path of incredible forward momentum – a path and direction upon which we remain today,” Morrison-Shetlar said. “His work positioned this great university well and served as a strong foundation for the later work of his successor, the late Chancellor David Belcher.”

Under Bardo’s leadership, WCU saw student enrollment grow from 6,500 when he arrived to more than 9,400 in 2011. To accommodate rising enrollment, the university constructed or made major additions to 14 buildings, including five new residence halls, a dining hall, a campus recreation center, the Fine and Performing Arts Center that today bears Bardo’s name and a high-tech Center for Applied Technology. The university expanded A.K. Hinds University Center, launched women’s soccer and softball programs, and renovated every athletics facility on campus, including the addition of west-side stands to WCU’s formerly notorious one-sided football stadium.

With the 2005 acquisition of 344 acres of property across N.C. Highway 107 from the main campus as part of the Millennial Initiative, the university doubled the size of its campus. That property is now home to the Health and Human Sciences Building.

During Bardo’s tenure, the university gained national recognition for being among the first institutions in the nation to require incoming students to report to campus with their own computers and for adopting innovative tenure and promotion policies that reward faculty members for their scholarly activities that go beyond traditional teaching, research and service.

It was under Bardo’s watch that the university created the residential Honors College, which has grown to become one of the largest in the United States. WCU focused attention on sharply increasing admissions standards and developed a top-ranking program in undergraduate research.

Bardo oversaw the first comprehensive fundraising campaign in university history, which netted $51,826,915 in private giving for endowed scholarships, professorships and programmatic support. The tally unveiled in October 2009 was more than $11 million above the $40 million goal announced when the campaign was publicly launched in February 2007, and success was declared a year earlier than anticipated in spite of the economic downturn.

During the Bardo years, the university emphasized the enhancement of student life through the development of learning communities, student leadership initiatives, model Greek life programs, and strong attention to the development and welfare of the whole student.

Bardo also made it a priority to bring additional resources to WCU to attract top faculty members who are nationally known experts in their fields. When he first arrived at WCU, the university had no endowed distinguished professorship. Today, WCU boasts 26 that are fully funded.

Perhaps the program most near and dear to Bardo’s heart was the university marching band, now known as the Pride of the Mountains, which saw its membership more than double in size from fewer than 200 to nearly 500 members during the Bardo era. The band received the Sudler Trophy, the nation’s highest award for collegiate marching bands, in 2009 and was invited to appear in the 2011 Tournament of Roses Parade.

“It was Dr. Bardo who branded us as the ‘Pride of the Mountains,’” said Matt Henley, WCU’s assistant director of athletic bands. “He came to practice one day and said that our nickname of the ‘Marching Cats’ needed an upgrade. He said that everyone from Western North Carolina felt great pride when they watched us perform, knowing that we were one of them. Therefore, we were the pride of the mountains. And the name stuck.”

Following Bardo’s appointment as president at Wichita State in July 2012, he transformed the vision of the university, leading it through a period of rapid growth focused on applied learning for students and the economic growth of the region, WSU officials said.

Bardo began his career at Wichita State as an assistant professor of sociology and also taught and conducted research in the Hugo Wall Center for Urban Studies. After leaving WSU, Bardo held appointments of growing leadership responsibility at Southwest Texas State University, the University of North Florida, and Bridgewater (Massachusetts) State College before arriving at WCU in 1995.

He was born in Cincinnati, Ohio, in 1948. He grew up in that area and graduated from Oak Hills High School. After high school, he attended the University of Cincinnati, where he received a bachelor’s degree in economics (1970). He also studied economics and social policy at the University of Southampton, England, during his junior year.

After graduating from Cincinnati, Bardo received a master’s degree in sociology from Ohio University (1971) and a doctorate in sociology (1973) from Ohio State University. He also attended the Institute for Educational Management at Harvard.

He is survived by Deborah Bardo, his wife of 44 years, and their son, Christopher.

Funeral services will be private, but a Celebration of Life event for the entire WSU and Wichita community will be held later this spring on the campus in Kansas.

More information will be posted at the website wichita.edu/news as it becomes available. 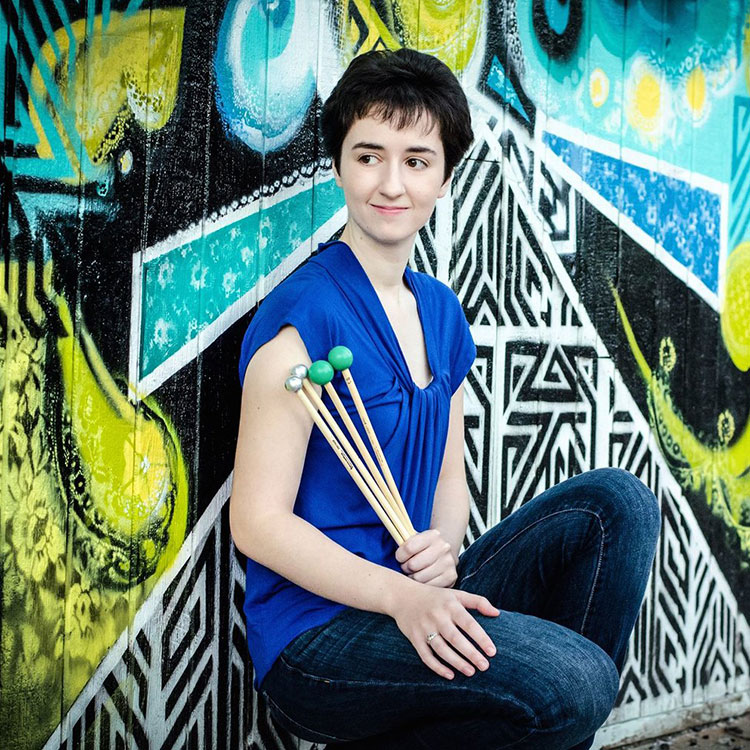