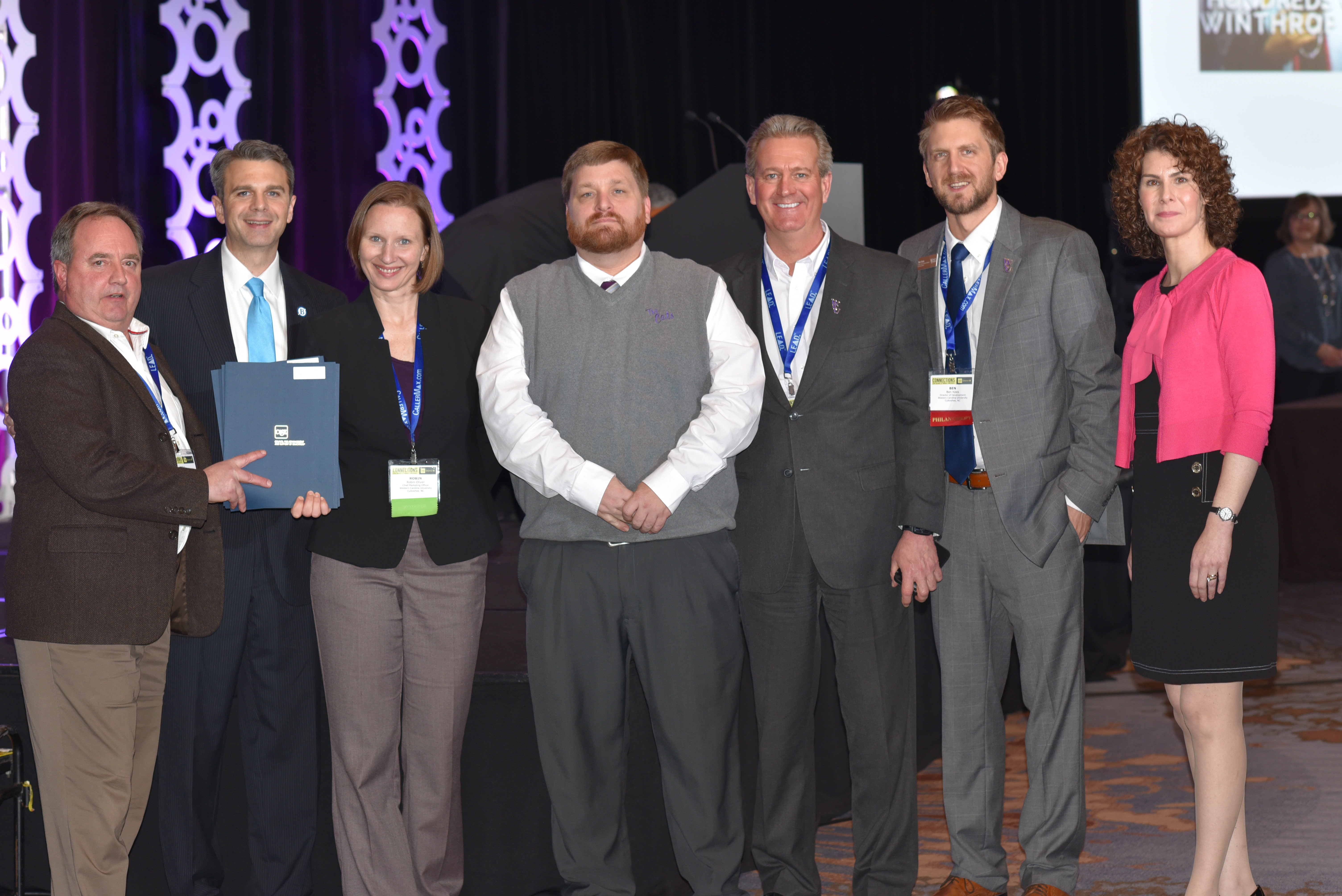 Western Carolina University’s integrated marketing and communications efforts have been recognized by a national higher education organization for projects ranging from the launch of a comprehensive fundraising campaign and a live online broadcast of a total solar eclipse to the redesign of the university’s magazine.

WCU received four awards through the recent District III competition of the Council for the Advancement and Support of Education, presented during the organization’s annual meeting Tuesday, Feb. 26, in Atlanta.

A project titled “‘Lead the Way’ Campaign Integrated Launch Plan” received an Award of Excellence in the CASE National Platinum category for fundraising-related projects. The WCU magazine nabbed a pair of honors, including Award of Excellence for magazine/tabloid improvement. A live internet broadcast of the 2017 total solar eclipse as experienced by the WCU campus community won a Special Merit Award in the category of online innovation and experimentation.

“Our marketing, communications and public relations, and special events teams continue to do amazing work to advance the mission of Western Carolina University,” said Melissa Canady Wargo, WCU chief of staff. “They strive diligently, day in and day out, in collaboration with partners across the campus to support the university’s important business of changing lives, doing so in compelling and creative ways. I am delighted to once again see their efforts recognized by their peers.”

Part of the Chancellor’s Division and reporting to the chief of staff, the marketing, communications and public relations, and special events teams collaborated with colleagues in the Division of Advancement and Alumni Engagement to launch the university’s “Lead the Way” fundraising campaign with a series of activities March 1, 2018.

The on-campus event was designed to kick off the public phase of the campaign, which had been in a leadership – or silent – phase since 2015. It included the live announcement of the campaign’s goal of raising $60 million by the spring of 2019 and the videotaped unveiling of a $5 million pledge to support future teachers – the largest gift in university history designated specifically for scholarship support. The campaign had been set in motion by former Chancellor David Belcher, and after he went on medical leave, the Campaign Steering Committee decided to expedite the public launch and wrap up the campaign a year earlier than originally planned. 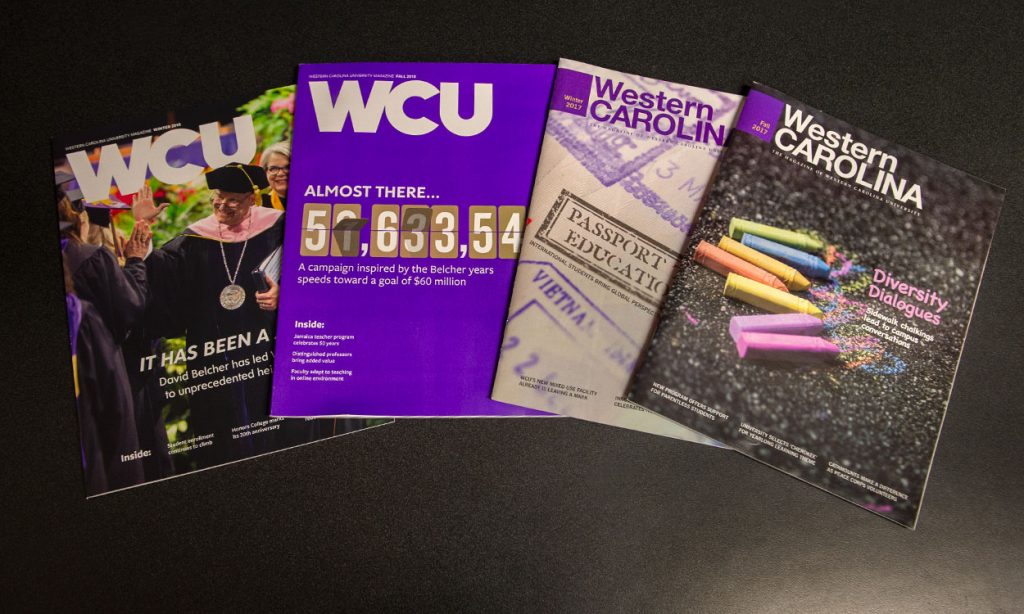 Improvements to WCU’s magazine that earned CASE District III honors include a rebrand of the periodical from The Magazine of Western Carolina University to simply WCU magazine, a higher quality paper and cleaner layout.

“The timeline didn’t allow for a traditional event launch, but we wanted friends and alumni from across the state and region to feel like a part of the campaign, which is why we decided to stream the launch live,” said Robin Oliver, chief marketing officer. The marketing and communications teams produced a live 30-minute broadcast from campus, complete with packaged video content and live talent. In addition, Alumni Engagement planned and hosted 15 alumni chapter viewing parties in different cities across the Southeast where participants could join in the excitement of the campaign kickoff.

CASE presented WCU with two awards for its newly revamped university magazine, including an honor in recognition of improvements made to the publication, which was rebranded from The Magazine of Western Carolina University to simply WCU magazine.

“After more than 12 years with roughly the same look and design, we felt it was time to refresh the magazine,” said Bill Studenc, chief communications officer and managing editor of the magazine. “In addition to moving to a higher quality of paper and changing to a perfect-bind spine, the design team created a new, cleaner layout that we believe has improved its readability. We’re pleased that the judges of the competition have agreed.”

The WCU magazine also received a Special Merit Award for magazine content and design in the division for publications from institutions with student enrollment of between 5,000 and 15,000 students.

For the CASE award in the online innovation and experimentation category, WCU’s communications and marketing teams collaborated with Information Technology and Campus Activities staff to host an event in the center of campus on Aug. 17, 2017, when the first total solar eclipse visible in the skies above Cullowhee in more than 500 years happened to fall on the first day of classes for the 2017-18 academic year. WCU was the only campus of the University of North Carolina System in the path of totality, and the purpose of producing an internet-based broadcast was to share the experience with alumni, donors and friends in areas not in the path of totality.

The event, which was broadcast via livestream from the center of the WCU campus, featured live and recorded segments in which subject matter experts shared information about the celestial phenomenon, as well as images as the eclipse began, through totality, then to the reappearance of the sun. More than 30,000 people from across the U.S. watched the online broadcast

The annual CASE competition recognizes achievements by educational institutions in advancing their respective missions. Region III of the organization consists of institutions from the southeastern U.S.