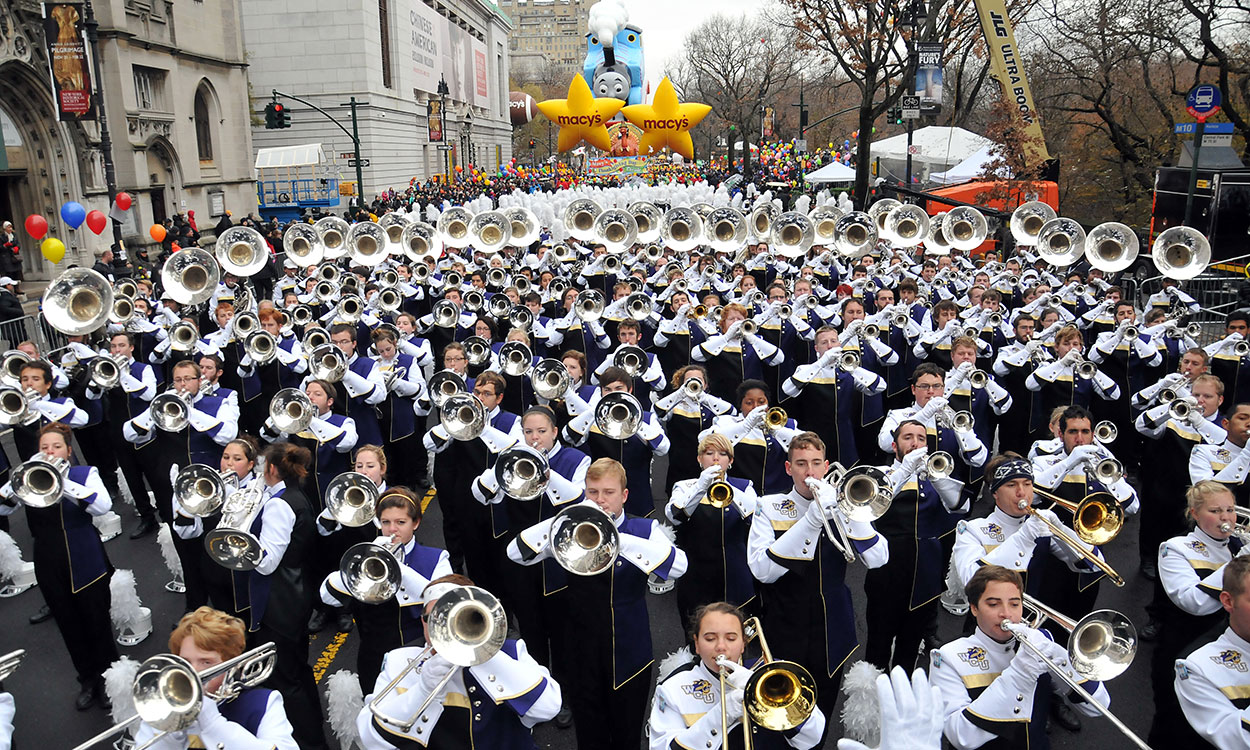 The Pride of the Mountains marches through New York City during the 2014 Macy's Thanksgiving Day Parade. A six-night travel package to the Big Apple is being offered to see the band perform in this year's parade.

What’s better than the North Pole at Christmas? New York City at Thanksgiving — with all the purple and gold trimmings, of course.

Super Holiday Tours has organized a special six-night package — Nov. 23-29 — in the Big Apple to see Western Carolina University’s Pride of the Mountains Marching Band participate in the 2019 Macy’s Thanksgiving Day Parade on Thursday, Nov. 28. The $2,199.00 package — based on double occupancy — includes roundtrip airfare from Charlotte or Raleigh to New York, roundtrip transportation from the airport to the hotel, six nights lodging at Marriott Marquis in Times Square, two Broadway shows, admission to the Radio City Christmas Spectacular starring the Radio City Rockettes, a two-day hop-on/hop-off sightseeing ticket on a double-decker bus, and Thanksgiving dinner with the band.

Markle said the band will take a bus to New York, but he is offering airfare packages to help travelers save time. “People don’t like to spend 12 hours on a bus if they don’t have to,” said Markle, a former high school band director who gave up his baton 38 years ago to enter the tour business.

The Pride of the Mountains is continuing to raise funds for its trip to New York. The venture is expected to cost about $400,000 for hotel, food and travel — the three big expenses — and another $350,000 for additional expenses for events and other activities during its six days in New York for the 500 members expected to go, said David Starnes, WCU’s director of athletic bands and assistant professor of music. The cost-per-student will depend on how much money the band raises before the trip.

“It’s a trip of a lifetime for both parents and students, and if parents can experience it with their child or children, that makes it even extra special,” said Starnes. “History shows from 2014 that students still revere this as the best band trip they ever took. The magic of the Macy’s parade and being in New York at Thanksgiving, right before the Christmas season, is spectacular. Our students will get to feel all of that."

For information about the trip, contact Markle via email at bmarkle@superholiday.com.  To make a gift to help the band make the trip, go to GiveMacys.wcu.edu. 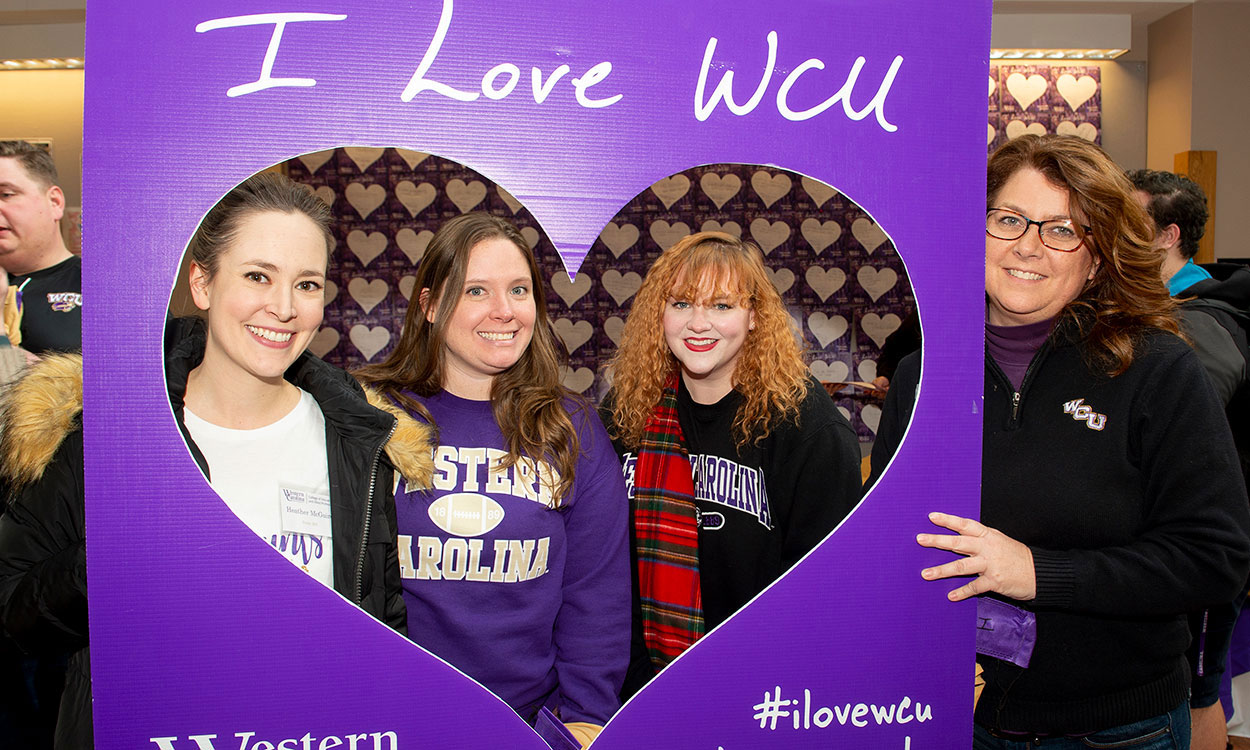 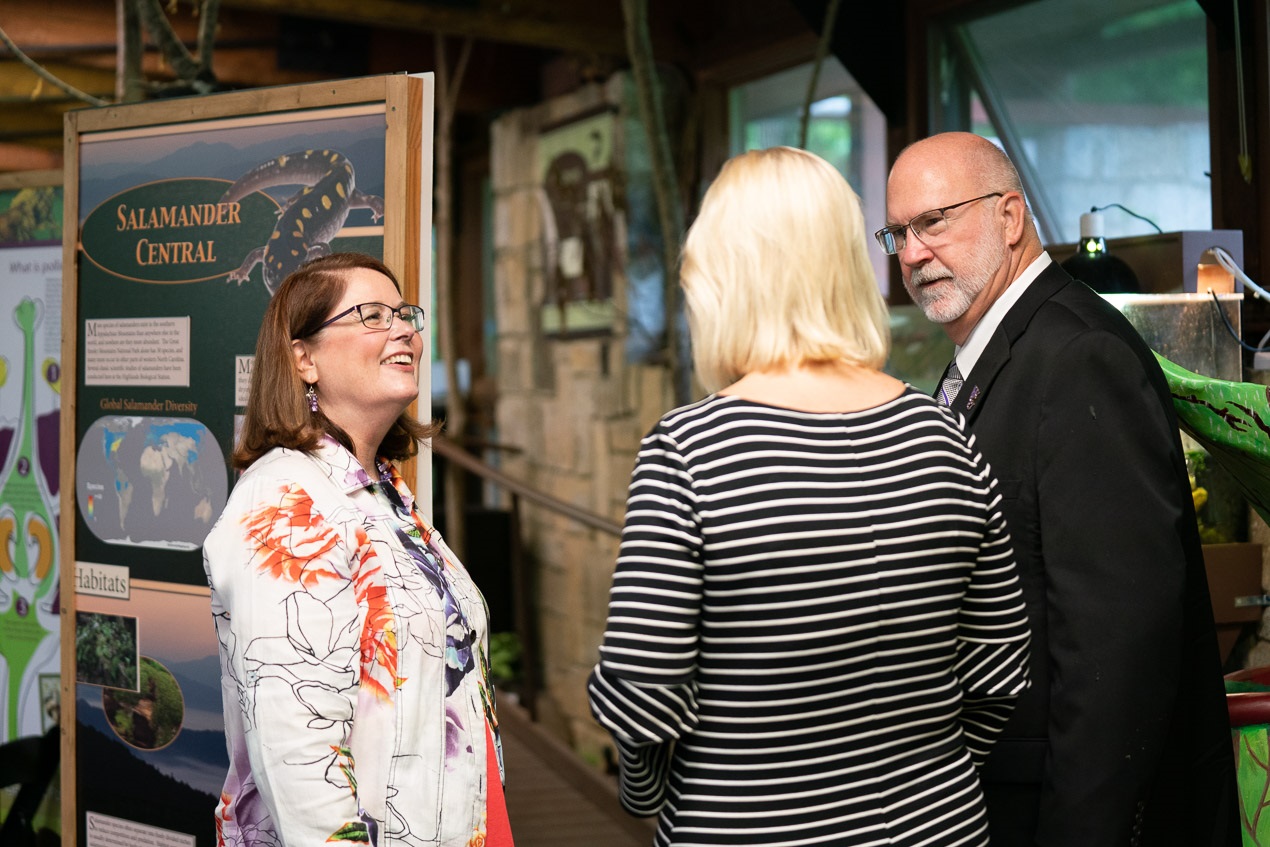