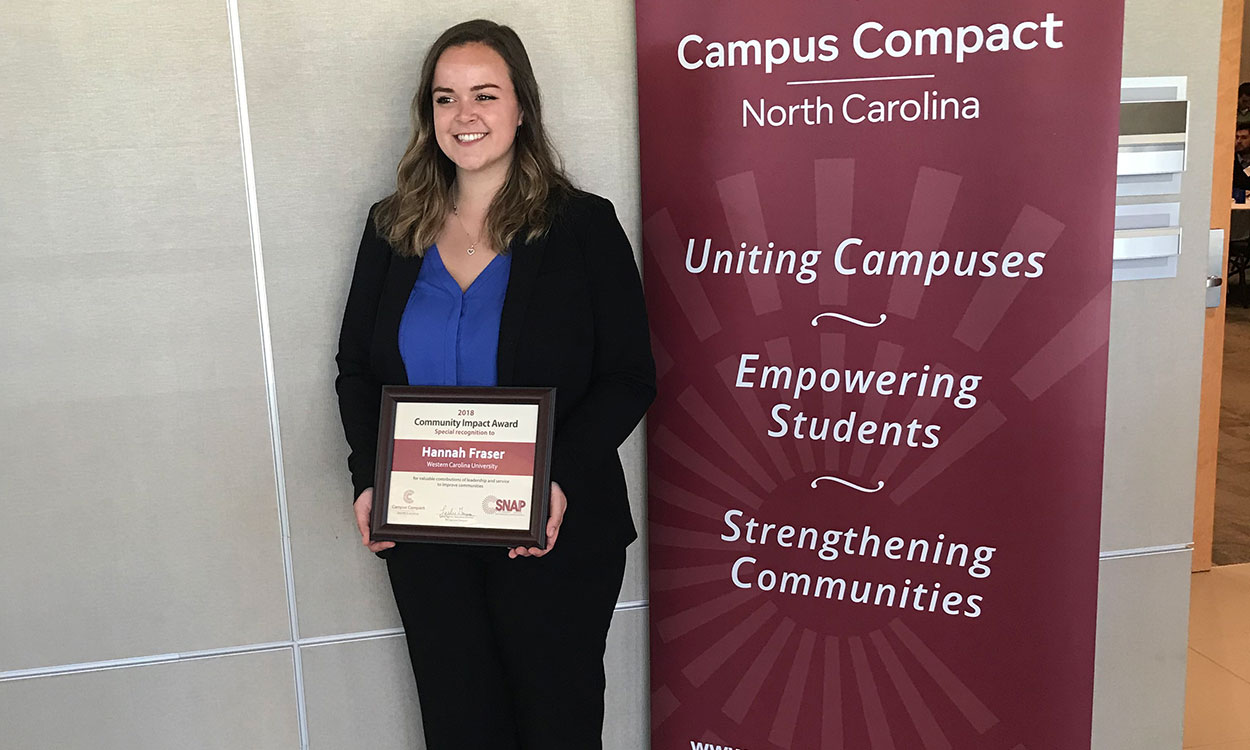 Western Carolina University junior Hannah Fraser has been chosen by Campus Compact, a Boston-based nonprofit organization working to advance the public purposes of higher education, as one of 262 students to be among its 2019-20 cohort of Newman Civic Fellows.

The Newman Civic Fellowship, named for Campus Compact co-founder Frank Newman, is a yearlong program emphasizing personal, professional and civic growth for students who have demonstrated a capacity for leadership and an investment in solving public problems.

“Being nominated for such a prestigious fellowship left me in awe,” said Fraser, who is currently studying abroad. “Then, when I found out that I had been chosen to be a Newman Civic Fellow, I felt an overwhelming sense of responsibility that grounded me to my work. I felt as though everything I have done with voter education and registration was being validated and celebrated.”

The political science and sociology major from Apex is a key leader in WCU’s voter engagement efforts. Her petition to adopt online voter registration in North Carolina has collected more than 1,000 signatures at WCU.

Fraser also is an active community volunteer and campus leader. She helped organize events on campus for National Mental Health Awareness Week and co-chartered WCU’s chapter of the National Alliance of Mental Illness, for which she serves as vice president.

“Hannah Fraser simply cares,” said Lane Perry, director of WCU’s Center for Community Engagement and Service Learning. “She approaches her work with an intentional balance of care and tenacity that can only be classified as passionate. She consistently follows through, no matter what the circumstances, and strives to set the bar high not only for others, but for herself. In doing so, she inspires others to do the same.”

Through the fellowship, Campus Compact will provide students with a variety of learning and networking opportunities, including a national conference of Newman Civic Fellows in partnership with the Edward M. Kennedy Institute for the United States Senate. It also provides fellows with access to apply for exclusive scholarship and post-graduate opportunities.

“With this opportunity, I hope to bring more awareness to ‘Getting Out the Vote’ on Western’s campus,” Fraser said. “I am excited to be a part of creating a culture of education, registration and activation when it comes to the ballot. I would love to see the Western Carolina community be excited to participate in our democracy, and I want them to feel confident when casting their ballot.” 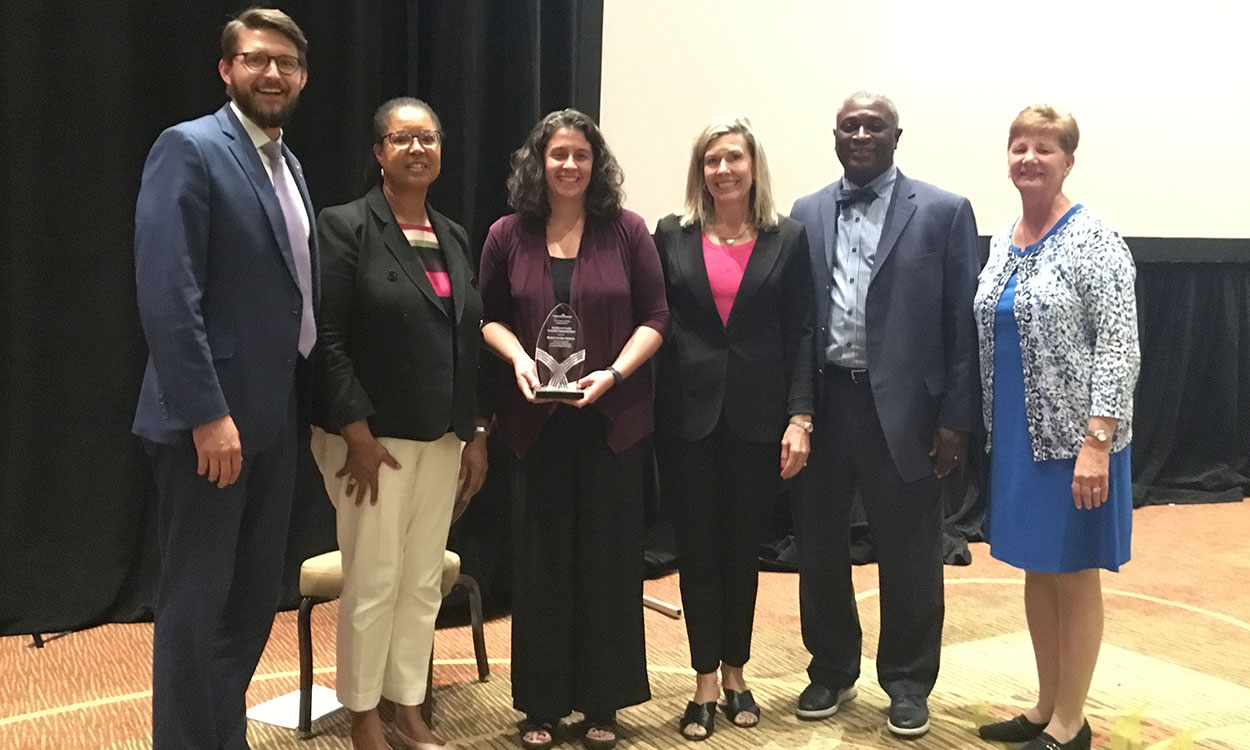 ALUMNI ASSOCIATION BOARD OF DIRECTORS