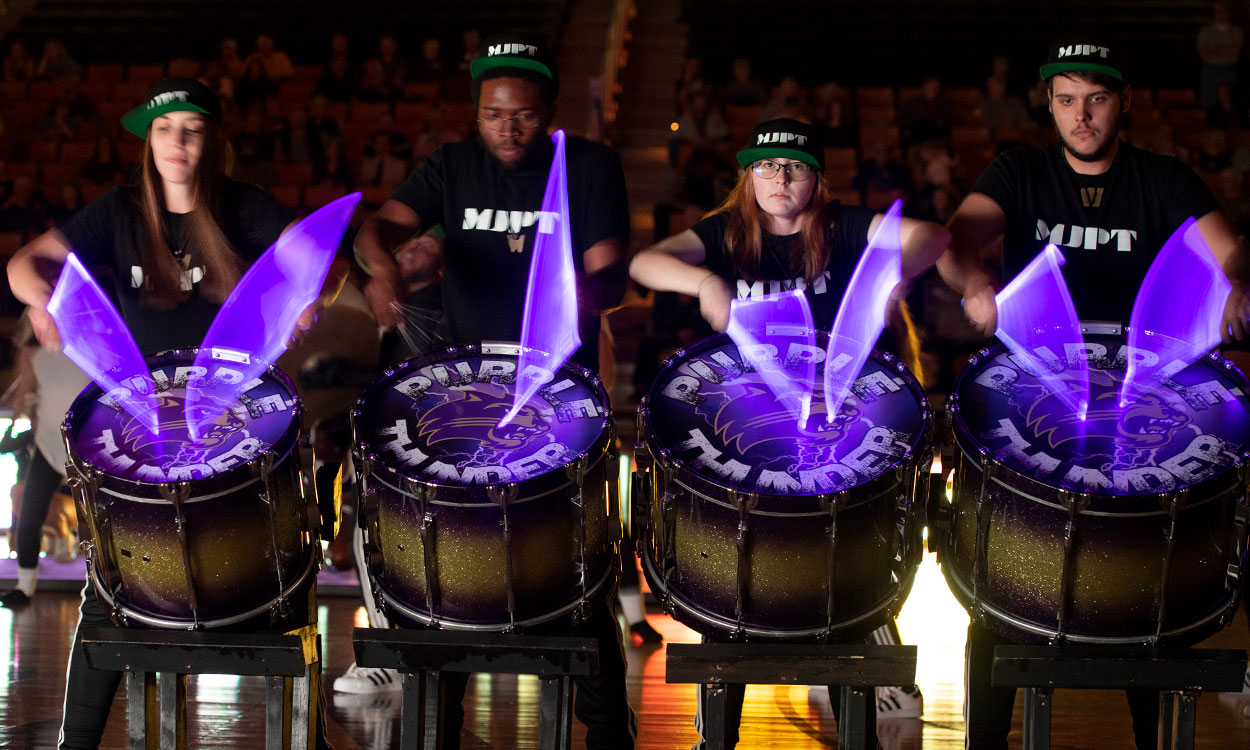 Charlotte Hornets guard Kemba Walker won’t be the only notable North Carolina-based talent on display as part of the activities in the Queen City next weekend. That’s because Western Carolina University’s crowd-pleasing Purple Thunder drum line has accepted an invitation to perform as part of festivities Sunday, Feb. 17, the same day the NBA All-Star Game tips off.

Plans call for Purple Thunder, along with members of WCU’s cheer and dance squads, to perform early that afternoon at B/R x NC. Hosted by sports and entertainment brand Bleacher Report, the event is billed as a variety show format event designed to shine a spotlight on fans through a day of fun festivities, bringing them unprecedented, up-close experiences with their favorite talent.  B/R x NC will be held in the Underground at the Fillmore in downtown Charlotte.

Later that afternoon, members of the drum line are scheduled to take part in the “Celebrity Challenge,” setting up a gauntlet of percussionists welcoming contestants to the event. Purple Thunder and members of the cheer and dance squads also are expected to perform during the event, to be held on an outdoor court near the Fillmore as part of activities leading up to the NBA All-Star Game.

The two events are being organized by Bleacher Report and the Los Angeles-based 10 Fold Entertainment.

“The event producers said they were looking to shine the spotlight on performers from the Charlotte area and across North and South Carolina, and they learned about Purple Thunder through the reputation of the Pride of the Mountains Marching Band,” said Matt Henley, WCU assistant director of athletic bands and director of the drum line. “We are just super flattered to be invited to participate in something of this magnitude, and we are excited for the opportunity to represent Western Carolina University.”

Felisa Israel, who founded 10 Fold Entertainment after a serving as director of NBA live programs and entertainment, said event organizers selected Purple Thunder to take part in the weekend’s activities because of “…the energy, electricity, choreography, music compilation and remix, and dancing.”

The winter drum line of the Pride of the Mountains Marching Band, Purple Thunder made its debut in 2009, entertaining fans during halftime of WCU’s home basketball games.

The Feb. 17 invitation is not the first time that WCU’s drummers have been asked to strut their stuff beyond the friendly confines of the Ramsey Regional Activity Center, the home court for WCU’s Catamount basketball teams. Purple Thunder has become an annual crowd favorite at the Southern Conference Basketball Tournament since its return to Asheville.

The members of Purple Thunder also joined drummers from South Carolina State University and the Carolina Panthers’ Purrcussion unit for a 2015 halftime show as part of the Charlotte NFL team’s slogan “Two States. One Team.” And, in 2007, the larger drum line from WCU’s Pride of the Mountains shared the stage with country music superstar Keith Urban during a concert stop at what was then called the BiLo Center in Greenville, South Carolina.

On down the road, several members of Purple Thunder will be among the marching musicians from WCU taking part in the 2019 Macy’s Thanksgiving Day Parade in New York City in November. The Pride of the Mountains received an invitation for a rare return trip to the annual holiday tradition after leading the parade in November 2014.

Purple Thunder’s invitation to take part in the upcoming activities in Charlotte comes as the university is in the midst of an effort to raise funds to help the Pride of the Mountains make the trip to New York City. The band is looking to raise $150,000 to defray some of the out-of-pocket expenses for Pride of the Mountains members who will be participating. In addition, the band has been selected as one of four “Points of Pride” for “I Love WCU” month, a special fundraising initiative taking place throughout February. For more information, visit the website givemacys.wcu.edu. 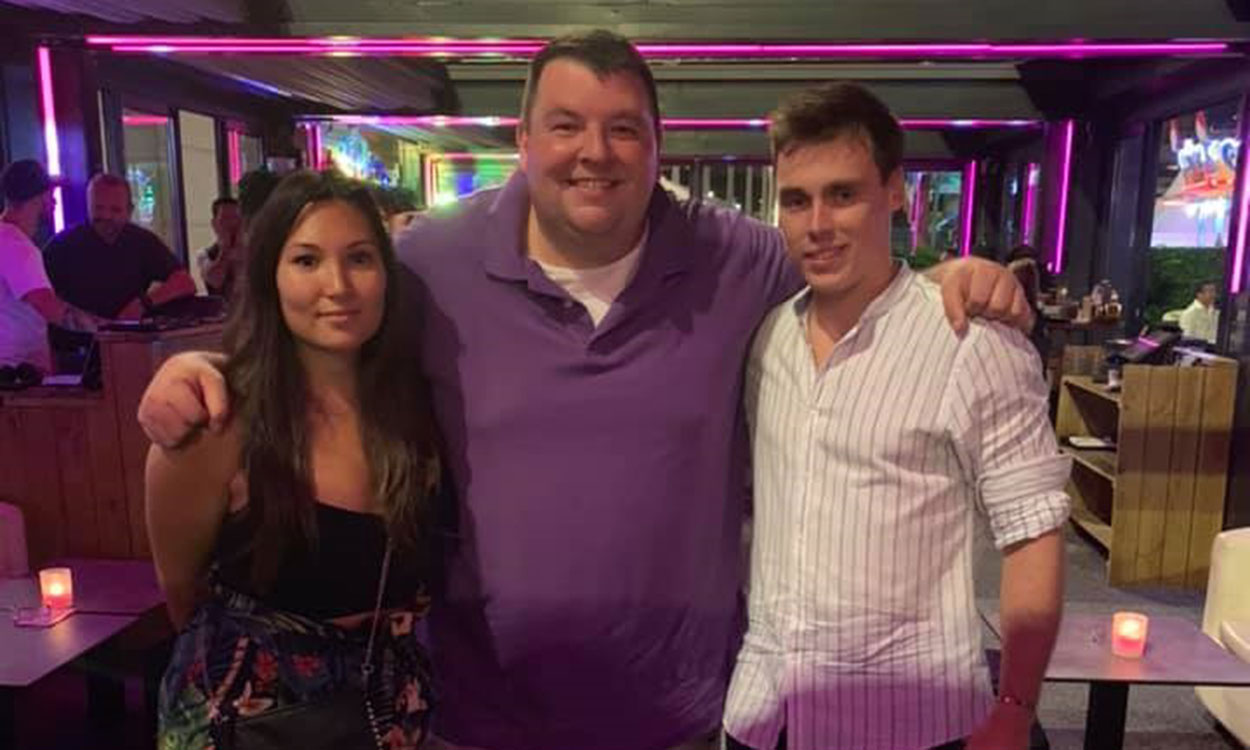