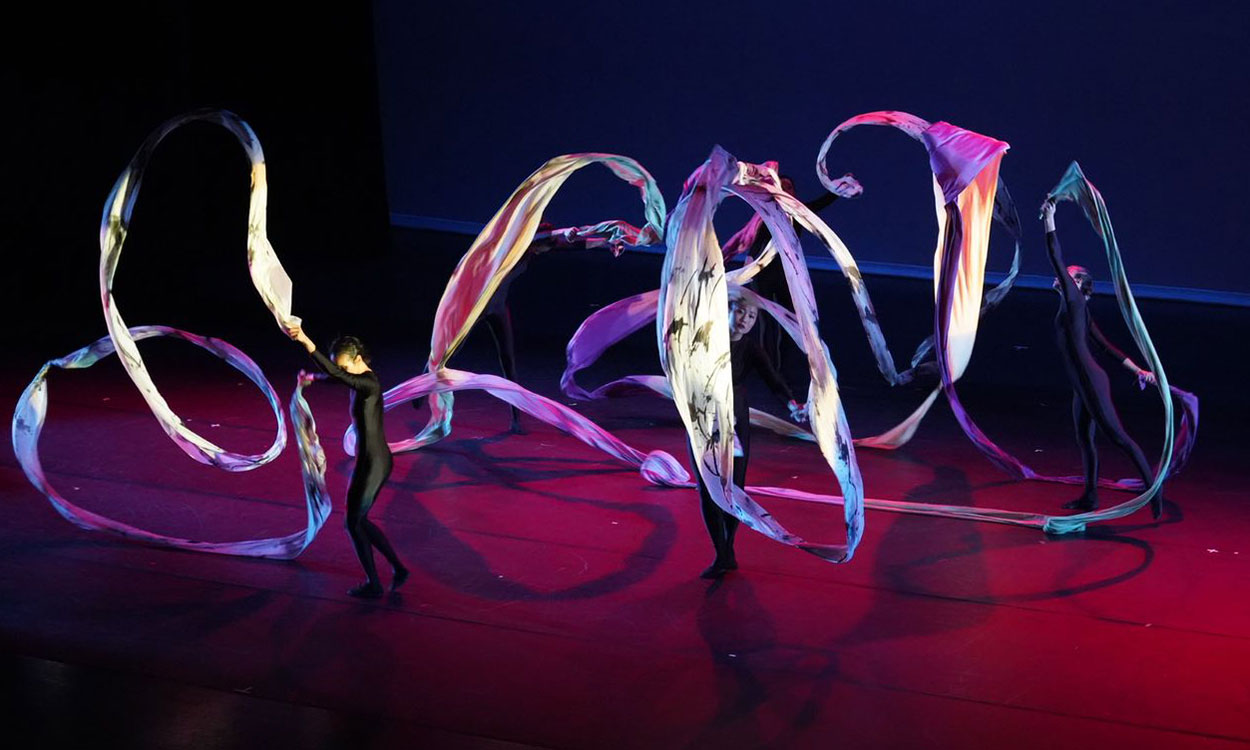 Members of the Lily Cai Dance Company perform at the Bardo Arts Center.

The Lunar New Year Celebration held in the Grandroom of A.K. Hinds University Center on Feb. 4 provided an opportunity for students, faculty, staff and community members to experience Chinese culture and traditional activities. Over 250 people were in attendance to witness traditional song and dance, a gamelan musical performance by WCU music professor Will Peebles and the Angklung Ensemble, and a poetry reading by Will Lehman of the Department of World Languages faculty. Carol Burton, WCU’s acting provost; Jeff Hughes, director of the Department of Campus Activities; and Ling LeBeau, director of the Office of International Programs and Services, spoke at the event.

Some of the local residents in attendance drove in from Franklin, Waynesville and Asheville to participate. The roster of volunteers included 40 WCU students and 10 community members. Face painting, paper cutting, Chinese calligraphy, snacks and “Pin the Pig’s Nose” were included in the activities, and children were given a traditional red envelope with money.

The Arts and Cultural Events series in the Department of Campus Activities continued celebrating Lunar New Year with a performance by the Lily Cai Dance Company that ended the ACE season. The show, held Feb. 5 at the John W. Bardo Fine and Performing Arts Center, included a trip through Chinese history with dances from Zhou, Tang, Qing and Dai dynasties.