Western Carolina University’s “Lead the Way” comprehensive fundraising campaign climbed ever closer to hitting its goal of $60 million as a surge of year-end giving pushed the total raised to date to $58.7 million.

Among the recent contributions to the campaign is an anonymous estate gift of $1 million to go toward student scholarships, which is the top priority of “Lead the Way: A Campaign Inspired by the Belcher Years.” The campaign is scheduled to come to a close this spring.

During the last month of 2018, the university’s Advancement unit processed $3,681,229 in gifts and pledges, said Lori Lewis, WCU vice chancellor for advancement. “Our generous donors came through in a big way at the end of the year, resulting in our highest totals for the month of December since the campaign began in the summer of 2014,” Lewis said. “This puts our campaign at 98 percent of our $60 million goal.”

The end of each calendar year traditionally sees an uptick in charitable contributions as donors rush to meet a Dec. 31 deadline for contributions to be counted as charitable gifts for tax purposes for that year. Nearly one-third of all charitable giving takes place in the month of December, according to the Network for Good, an organization that processes donations for charities.

Some fundraising experts expected to see a noticeable decline in year-end giving in 2018 because newly effective changes in the federal tax code nearly doubled the amount of the standard deductions, thereby reducing the number of taxpayers who would include their philanthropic giving as itemized deductions.

Those who make philanthropic contributions to WCU usually do so to give back to an institution they love, said Donna Winbon, a 1980 graduate of WCU and financial adviser from Raleigh who is serving as chair of the “Lead the Way” campaign steering committee.

“We are amazed by the outpouring of generosity from those who support Western Carolina University through philanthropy,” Winbon said. “The gifts received at the end of the year have propelled our ‘Lead the Way’ campaign and the finish line is now in sight.”

With tallying of year-end giving now in the rearview mirror, the university is turning its attention to the third annual “I Love WCU” month this February, when alumni, students, faculty, staff and friends are encouraged to demonstrate their affection for the university by making new or additional gifts and through an array of activities on social media and across campus.

“I Love WCU” month represents an opportunity to hit the campaign target of $60 million ahead of schedule, said Alison Morrison-Shetlar, WCU interim chancellor.

“We are ecstatic with the response to the campaign so far and tremendously excited about the recent $1 million anonymous estate gift,” Morrison-Shetlar said. “We are now less than $1.5 million away from our goal, which feels very good and very feasible. This is the point at which we can see the summit and know that every contribution matters, regardless of amount, as we reach for the pinnacle.”

WCU officially launched the public phase of the “Lead the Way” campaign March 1, 2018, following a leadership – or silent – phase that began in the fall of 2014. The campaign was inspired by beloved late Chancellor David O. Belcher, who passed away last June after battling brain cancer since April 2016. Belcher declared at his 2012 installation address that increasing the number of endowed scholarships would be the No. 1 philanthropic priority of his administration.

In addition to increasing the financial support available to WCU students through endowed scholarships, the fundraising effort also seeks financial support for experiential learning opportunities such as travel grants, paid internships, undergraduate and graduate research activities, and attendance at meetings of professional organizations.

A third prong of the campaign emphasizes programmatic support to bolster the work of WCU’s colleges, schools, departments and programs. 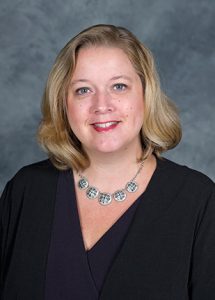 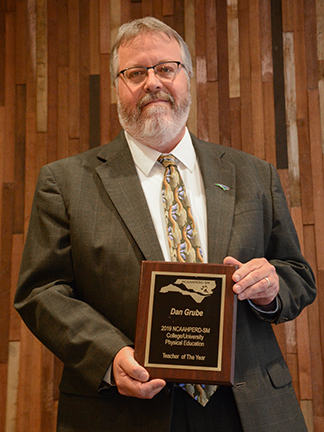