A new 600-bed residence hall currently under construction on Western Carolina University’s upper campus will bear the name of Levern Hamlin Allen, the first African-American student to enroll at WCU and among the first to be admitted to any of North Carolina’s all-white state institutions of higher education. 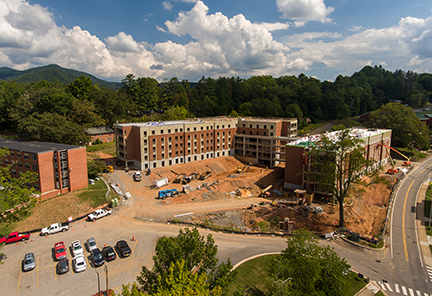 WCU's newest residence hall, which will be named after its first African-American student, Levern Hamlin Allen, is scheduled to open in the fall of 2019.

The WCU Board of Trustees unanimously decided earlier this fall to name the residential facility Levern Hamlin Allen Hall in recognition of her decision to attend WCU to seek a post-secondary certification in 1957, just three years after the Supreme Court’s landmark Brown v. Board of Education ruling that racial segregation in public schools was unconstitutional.

A native of Roanoke, Virginia, Allen had earned a bachelor’s degree in speech correction from the Hampton Institute (now Hampton University) and was working as a speech therapist in the Charlotte-Mecklenburg school system when she found she needed certification in special education in order to gain permanent employment. After conducting research and learning that WCU was one of the few colleges or universities in the state at the time offering the courses she needed and one of the few that did not require a photo as part of the admissions process, she sought enrollment at what was then called Western Carolina College, said Patricia Kaemmerling, chair of the WCU Board of Trustees.

“Levern Hamlin Allen is one of the true pioneers of the desegregation of our nation’s public education system,” Kaemmerling said. “In addition to being a quiet trailblazer in the civil rights movement, she served two terms as a member of the WCU Board of Trustees, from 1987 until 1995. The board felt that it was fitting and proper to name a campus building in honor of her historic and courageous step in seeking enrollment at Western Carolina College, in recognition of her role as an agent of social change and in gratitude for her service to this institution.”

Allen went on to earn master’s degrees at the University of Maryland and George Washington University, and is now retired and living in Maryland after spending 25 years as a speech and language pathologist in District of Columbia public schools. She received an honorary doctorate of humane letters from WCU in 2006.

The trustees agreed to name the new residence hall in honor of Allen at the suggestion of members of the WCU administration. Approval of the name came during closed session of the board’s meeting Sept. 7. The board delayed announcement of the action until university officials could notify Allen and members of her family of the decision and obtain consent.

This marks the first building on campus named after an African-American member of the WCU community, university officials said.

“The naming of Allen Hall not only recognizes the courage and grace of a wonderful woman who is an outstanding alumna and supporter of this university,” said Alison Morrison-Shetlar, WCU interim chancellor. “It also provides an opportunity to demonstrate Western Carolina University’s longstanding and ongoing commitment to inclusive excellence.”

A rendering of Allen Hall.

Allen Hall, which is rising between recently renamed Judaculla Hall and recently renovated Brown Hall, is a five-story structure consisting of two separate wings. The building’s design will create a pedestrian flow leading from Judaculla Hall, beneath a connector linking the two wings, and toward Brown Hall and the lower campus. It is expected to be ready for occupancy by students by the 2019 fall semester.

WCU will plan a dedication ceremony for early in the fall 2019 semester shortly after the building is open for students, and Allen and members of her family will be invited to participate as honored guests. The building’s lobby will include a formal portrait of Allen and an interpretive installment chronicling her history and affiliation with WCU.

Allen Hall is among several campus projects underway or on the drawing board to help WCU provide the additional housing and other facilities needed to accommodate the university’s significant increase in enrollment.

Other projects in the works include creation of additional student housing on the opposite side of N.C. Highway 107 from the main campus through a public-private partnership, demolition of WCU’s existing high-rise housing structures near the university’s main entrance followed by the construction of additional residence halls on the lower campus, and construction of the university’s first parking deck. 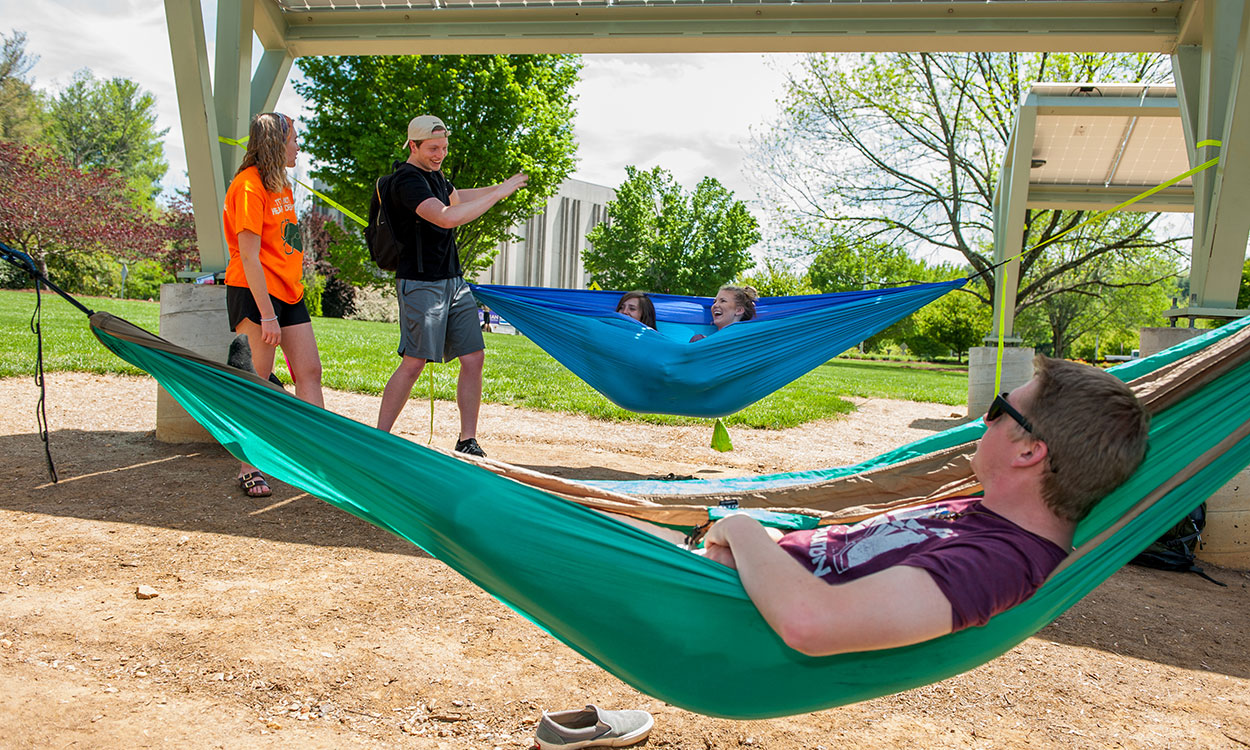