Editor's note: With inclement weather conditions forecast for Saturday morning, Oct. 20, the schedule for the Tournament of Champions at WCU’s E.J. Whitmire Stadium has been adjusted. Organizers have announced an amended format that will still promote engagement and participation, as well as a level playing field for competition.

The tournament will now begin at 1 p.m. as one show with no preliminary round. Each band will perform in the same order as the previously scheduled and all bands will receive a post-performance clinic. For more information, contact Matt Henley, WCU assistant director of athletic bands, at 828-227-2998 or mhenley@email.wcu.edu.

Twenty-two of the top high school marching bands from the Carolinas, Georgia and Tennessee will be competing for the title of grand champion and other honors at the 18th annual Tournament of Champions, which will be hosted by Western Carolina University’s Pride of the Mountains Marching Band on Saturday, Oct. 20.

The high school bands will present performances at WCU’s E.J. Whitmire Stadium with hopes of capturing the prestigious Chancellor’s Award, a glass traveling trophy that is presented to the grand champion. The highest scoring band from North Carolina will receive the Roll of Honor.

Twenty-two high school marching bands will gather at WCU for the Tournament of Champions.

The bands will compete in four classifications during the preliminaries – A, AA, AAA and AAAA – with the winners from each, as well as the next eight highest scoring bands, battling it out in the event finals. Last year’s grand champion, Dobyns-Bennett from Kingsport, Tennessee, will return this year to defend its title.

The preliminaries competition includes a 20-minute clinic session after each band’s performance during which a nationally recognized band adjudicator provides a constructive critique for the band’s director and staff regarding performance and design.

A band from a Georgia high school, Allatoona, will have a preliminary performance time of 9:45 a.m.

Tickets that cover the entire day of preliminaries and finals are $15, and children under 7 are admitted free. Groups of 15 or more can received a discounted ticket price of $12 per ticket. More information about tickets is available by sending an email to potminfo@wcu.edu.

More information about WCU’s award-winning Pride of the Mountains Marching Band is available at prideofthemountains.com. 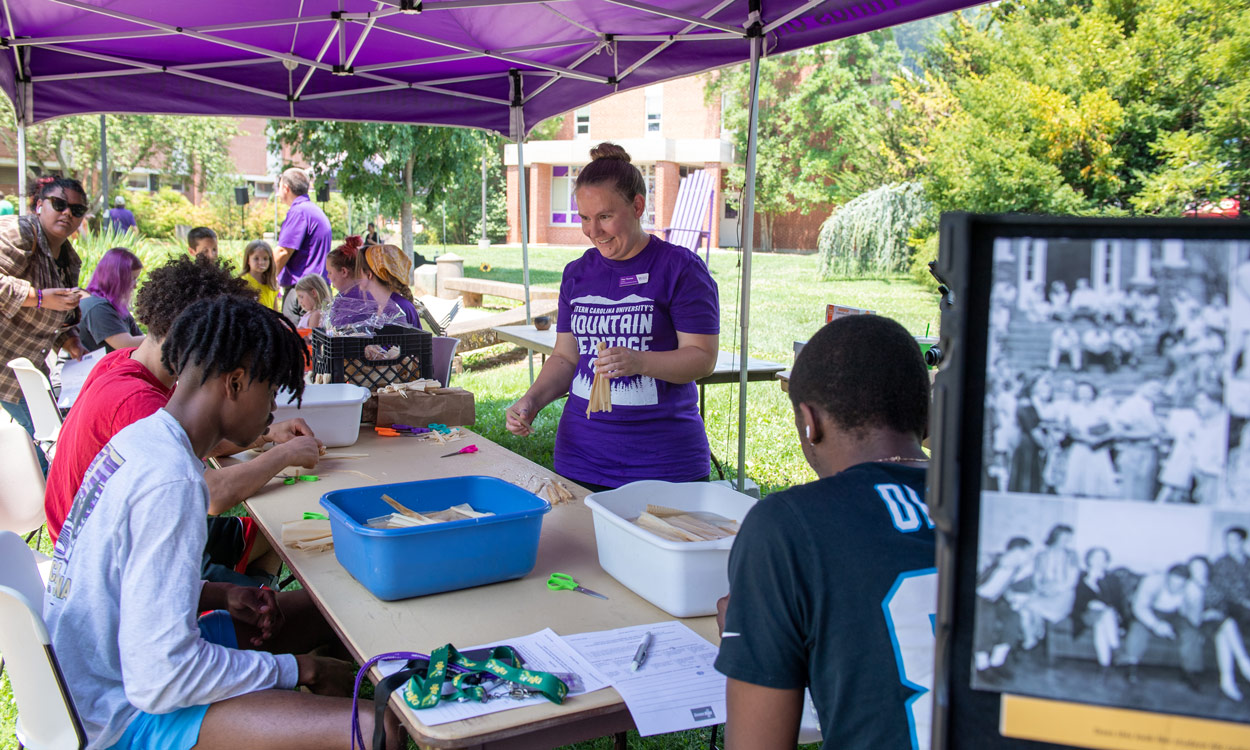