Samantha Cabe, a 1997 graduate, is a fourth generation Catamount whose great-great-grandfather was William C. Norton, one of the Noble Nine and one of the first trustees of what is now WCU. Cabe, a district court judge in Chatham and Orange counties, was the guest speaker at the Legacy Pinning Ceremony hosted by the Office of Alumni Engagement.

For McKinley Morris, following her parents’ footsteps to Western Carolina University meant taking a little detour first, just to, you know, see if the grass was greener, spread her wings, assert her independence, do the exact opposite of what her parents suggested. But mainly it was all about the sports.

“She thought she wanted to go off to a bigger school with a big football team,” said Morris’ mother Marla Morris, 47, before the start of the third annual WCU Legacy Pinning Ceremony on Saturday (Sept. 22) at the Ramsey Regional Activity Center.

But the roar of the crowd at Clemson University’s Death Valley wasn’t enough to keep the Haywood County native at the big Atlantic Coast Conference school. She was influenced by something much more practical and personal. “I transferred from Clemson mainly because I wanted to be a teacher and so me going out of state, honestly, just wasn’t reasonable,” McKinley, 19, said. “And, I just wanted to come home. There’s nothing like being home. I love Haywood County, and I love the people there. I knew that if I wanted to be a teacher I should come to Western. So right now, I am a social sciences education major. I want to teach high school history. That’s one of the reasons I transferred.”

McKinley, a sophomore, was one of 60 students who participated in the pinning ceremony hosted by WCU’s Office of Alumni Engagement during Family Weekend to honor students who are making WCU a family tradition. More than 300 people attended the event. McKinley’s dad, Bob Morris, 53, graduated from WCU in 1986 with a bachelor’s degree in manufacturing, engineering and technology. Her mother graduated in 1993 with a bachelor’s degree in parks and recreation management and a concentration in resort and hotel management.

Sophomore McKinley Morris (center), shown with her parents, Bob and Marla Morris, both WCU alumni, transferred to WCU from Clemson University after her freshman year for the education program. She plans to be a high school teacher.

While McKinley’s parents are thrilled she eventually chose Western, they understood her need to look elsewhere initially. “Sometimes they have to go off and experience

to know they want to come home,” Marla Morris said. “We were very excited that she decided to choose to come back.”

Alexis “Taylor” Smith of Raleigh rebuffed her grandparents’ suggestion that she consider WCU – until she visited the campus. “It wasn’t too big and it wasn’t too small,” Taylor said of WCU. “I didn’t want to go somewhere where I knew everyone, so I think Western was a good medium. I have settled in really well and I love it a lot.” Her grandfather, Art Smith, 73, who did Taylor’s pinning, graduated from WCU in 1972 with a bachelor’s degree in political science and a minor in history. Her grandmother, Mary Elizabeth Smith, spent three years at WCU studying education, but left before she graduated to marry Art. She ended up graduating from Campbell University and is in her 46th year of teaching.

“I always say, I don’t care what my diploma says, Western’s my school,” Mary Elizabeth, 68, said. “When Taylor was looking at schools, I said ‘just give Western a chance.’ And she said ‘no’ and I said ‘yes,’ and then she did.”

Taylor was on the beach in the Caribbean when she received word from WCU that she had been accepted. She immediately called her grandmother to share the news. “I’m teaching music in a little trailer in Cary, North Carolina," said Mary Elizabeth. "She was on a beach in Jamaica. During my planning period, I would cut my phone on to check messages. When I checked, I had a text from her. She said, ‘Mimi, guess what?’ I called her and said ‘what’s up?’ She says, ‘I got accepted to Western Carolina!’ She was so excited. I just screamed. When she speaks of Western she just lights up. She loves it here. She came to summer school and she did the leadership camp. She just jumped right in and we couldn’t be more proud.”

Sam Pennell of Weaverville first set foot on WCU’s campus when he was 2 years old to watch his father graduate in 2002 with a bachelor of science degree in manufacturing engineering technology. Sam, 18, is studying commercial and electronic music and hopes to work in the music industry one day. “I’ve been playing piano for 12 years and trombone for six, and I had been really wanting to do music,” he said. “I just wanted to be able to get a job, too. I think with this I can, and that’s when I really started considering Western. This program is really only offered here and at UNCW, and I didn’t really want to do humid all year long, and I really like the campus here.”

His father, Jeff, 53, said he came to WCU’s Cullowhee campus only three times while working on his undergraduate degree. “All the classes were taught at A-B Tech, and all the professors came from here to there," he said. "It took me five years to get my degree. I would work all day, stop at A-B Tech on the way home, have classes and then get home at 8 or 9 o’clock. I’ve come to campus more with him than I did when I was a student. I work for BorgWarner Turbo Systems in Asheville, and my training in my school work directly related to what I’m doing now.”

Casey Millsaps, 18, of Ballground, Georgia, comes from a long line of WCU graduates who all became teachers, a path he is not considering. Pinned by his father, Carroll Millsaps (an engineer who did not attend WCU), Casey said he was drawn to WCU because of his family’s relationship to the school. “I’m the grandson of the people who went here,” he said. “Both of my grandparents went here. I thought it was really neat to see all the Legacy students come together and just enrich the heritage that everybody has. It’s a common thing we all have here on campus.”

But, Samantha Cabe may have had everyone beat when it comes to legacy connections. Cabe, a district court judge in Chatham and Orange counties, was the keynote speaker of the pinning ceremony. A 1997 graduate of WCU, Cabe is the great-great-granddaughter of William C. Norton, one of the Noble Nine who pledged their time and money to support Robert Lee Madison’s dream of a school in Western North Carolina. At one time the Jackson County sheriff, Norton was one of the trustees for the newly chartered Cullowhee High School in 1891, the forerunner of what is now WCU.

Cabe said part of WCU’s campus now sits on land donated by members of her family, and the university’s legacy extends far past its mountainous boundaries.

“What Western Carolina’s greatest legacy is are its people,” she told the crowd of 300. “It’s you, it’s me, it’s all the people who came before us. It’s all the people who will come after us. Western Carolina’s legacy is that of people who come here. They steep themselves in the culture, the traditions, the education, the wonder of what this place is. They change, they grow, they develop and they go out and literally change the world.” 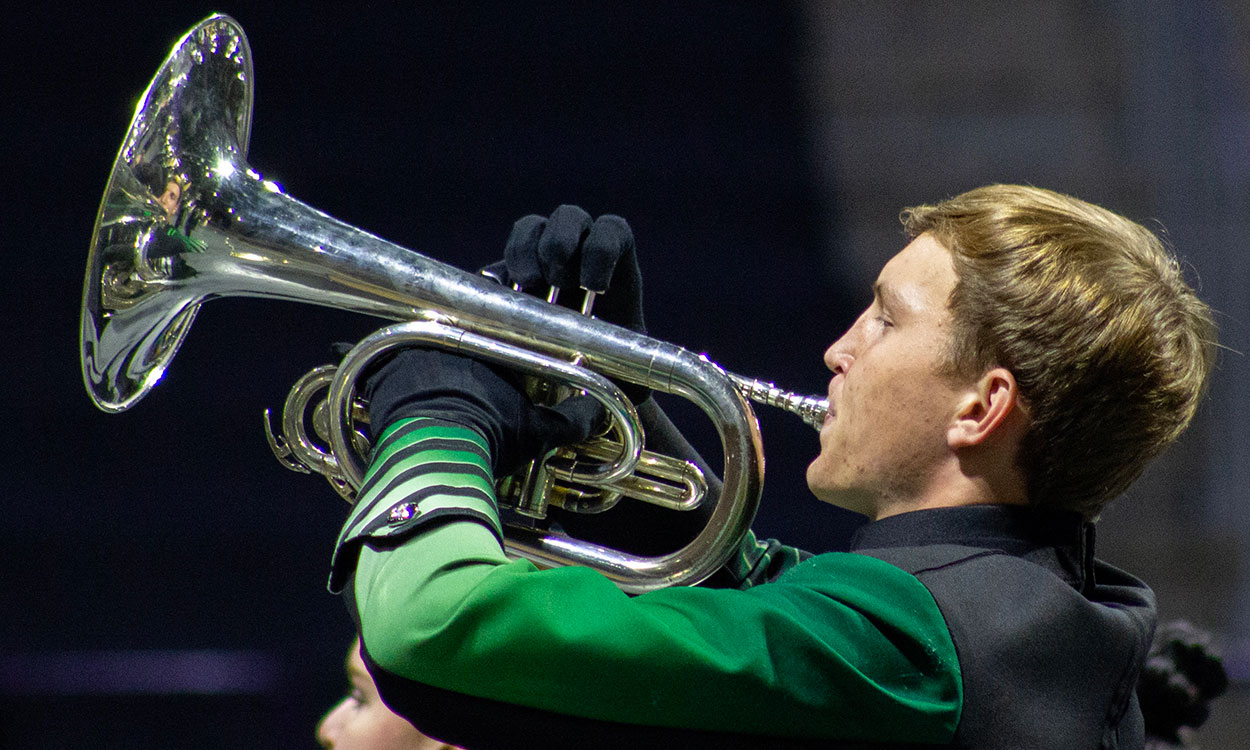