Dr. Robert M. “Bob” Failing, an alumnus and longtime benefactor of Western Carolina University who received an honorary doctorate from the institution in 2007, died Saturday, Sept. 1, at the age of 89.

A native of Michigan, Failing enrolled at Western Carolina Teachers College (now WCU) in 1948 after an unsuccessful college experience in California, and in later years he was quick to credit the mentorship and inspiration he received from faculty members in Cullowhee as a key to his successful career. 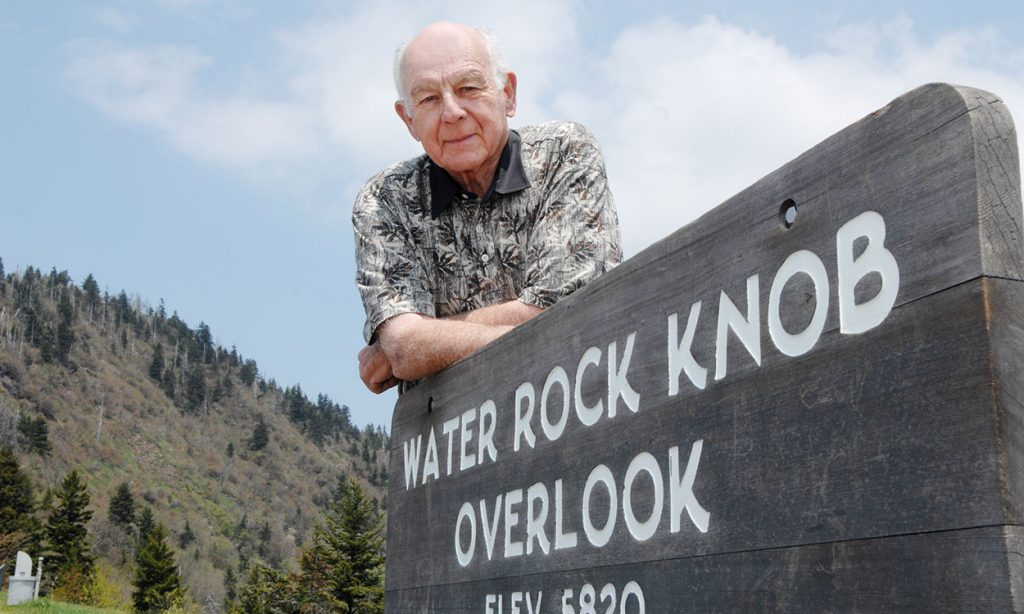 After graduating from Western Carolina in 1951, Failing earned a medical degree at Duke University School of Medicine and began his 40-year career as a pathologist in Santa Barbara, California. In the late 1960s and early 1970s, he earned the title “river rat” by paddling some of the West’s best-known rivers, but Failing’s attention turned toward mountains at age 49. He was an avid mountain climber for the next 18 years, being the ninth person on record to summit all 50 U.S. state high points, including Denali in Alaska, and reaching the high point on six of the Earth’s seven continents.

Failing’s last major climb, in 1994, was the first ascent of Antarctica’s Mount Vaughan with 89-year-old Norman Vaughan, for whom the mountain was named by Admiral Richard Byrd. Vaughan served as the dog “musher” on Byrd’s 1928-30 Antarctica expedition.

Failing was a member of WCU’s Foundation Board for more than 20 years, and he and wife Nancyann regularly made trips back to Western North Carolina from California to visit campus and a home they maintained in Waynesville. Over the years, the couple provided financial support for a wide range of WCU programs in the areas of academics, athletics, student recreation and the arts, including funding for an endowed scholarship for nursing majors and $100,000 for construction of the west stands of E.J. Whitmire Stadium. Years before WCU’s Campus Recreation Center and indoor climbing wall became a reality, the Failings financed the purchase of a climbing spire for students to use in honing their climbing skills, and Robert Failing later donated his collection of rare mountaineering books to Special Collections at Hunter Library. WCU's Alumni Association recognized him with an award for professional achievement in 1982.

As he received an honorary doctorate in science during a May 2007 commencement ceremony, Failing reflected on the mentorship he received from J. Gerald Eller, a member of Western Carolina’s class of 1943 who taught biology when Failing was a student. Eller taught continuously at the institution from 1947 until his retirement in 1983 and was the first dean of the School of Arts and Sciences, now the College of Arts and Sciences.

Failing told the commencement audience that he was a young man lacking direction when he arrived at Western Carolina. “Over the 56 years since I graduated from Western, I have reflected many times on the impact this institution has had upon my life – what has made the difference between who I was and who I became,” he said. “It was, and is, the faculty – the dedicated teachers like Dr. Eller.”