PART OF THE TRIBE

Kent Briggs ’79 MAEd ’82, the Cherokee High School head football coach who led his team to a state title this past season, now has another title – honorary member of the Eastern Band of Cherokee Indians. The Tribal Council passed the designation on March 1, following the submission of a unanimous resolution from members of the 2017 football team.

“Mr. Kent Briggs has given selflessly and built a strong foundation for our students and athletes through his empathy, encouragement, determination, commitment and enthusiasm as he inspires our students to reach down into their souls to bring forth their very best,” the resolution states. “Despite his recent health and battle with cancer, he continued to be present for our students and athletes as a coach, leader and mentor. His inspiration and motivation have created more than a team. He has created a family.”

Briggs, shocked by the gesture, said emotionally, “I’m completely without words. This is the greatest honor I’ve ever had or will have.”

Principal Chief Richard G. Sneed presented Briggs with a certificate of appreciation designating him as an honorary EBCI tribal member, and Vice Chairman David Wolfe ’93 presented him with a Cherokee wood carving as a gift from the council.

The council’s Birdtown representative, Boyd Owle, said, “When you have a coach of the high caliber as Mr. Briggs here, it streams down to the players and that’s what happened this year. We had a great team.”

The state championship team was introduced during the event. Prior to the introductions, Briggs spoke about the team and its season. “The biggest thing that I think got us to a state championship was believing in ourselves, these guys believing that they could do it, and they did that because Cherokee believed in them,” he said.

“I’ve never had a greater year in coaching than I’ve had this year, and it wasn’t necessarily about winning the state championship,” Briggs said. “It was about the journey, and going on the journey with these guys and the Cherokee Nation will always be my best and happiest year.”

An Asheville native and former WCU quarterback, Briggs is a longtime college coach who worked as an assistant at WCU, N.C. State and the University of Connecticut before serving as the Catamounts’ head coach from 2002 until 2007. The Cherokee Braves had been through six straight losing seasons when he was named head coach in 2014 and began turning the program around. On Dec. 9, 2017, at Carter-Finley Stadium in Raleigh, the Braves, who finished the season with a record of 14-1, defeated North Duplin High School by a score of 21-13 to win the 1A State Championship, the first in the Cherokee school’s history.

Reprinted in edited format with permission of The Cherokee One Feather

WCU Board of Trustees to meet online June 5 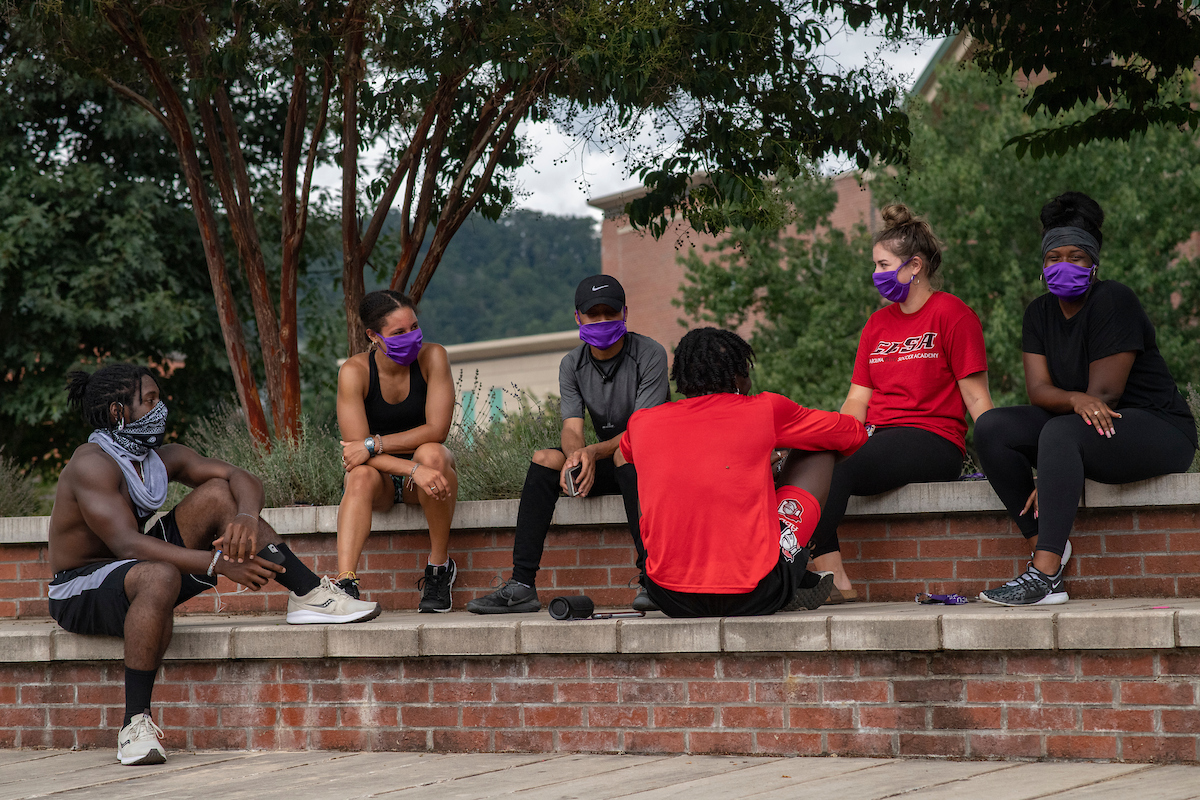