Mark Prosser probably could have been a head coach long before he was named Western Carolina University’s 18th men’s basketball coach in March. Actually, he was for one season at Brevard College in 2011-12 before circumstances led to him becoming an assistant at Winthrop for six seasons.

But while being a head coach was always the goal, it was not something over which Prosser obsessed. He didn’t want to rush it.

“I think there are some people that it doesn’t really matter where it is, they just want to be a head coach, and I understand that,” Prosser said. “That wasn’t necessarily the case for me. I take very seriously how it impacts your family and the staff you’re going to bring together, and the former staff you had, and the young men in the program that you’re leaving.”

Rather than rush things, Prosser took the advice of his dad, the late Skip Prosser who coached at Xavier and Wake Forest before his untimely death from a heart attack in 2007. Skip Prosser used to tell Mark to “crush it where you’re at. Just do a very good job. If you’re an assistant, be invaluable to the head coach, and everything else will take care of itself and happen the way it’s supposed to.”

Whether it was being an assistant at Wofford, Bucknell or Winthrop, or his one season at Brevard, Prosser has done just that – crushed it. That’s why Prosser believes he was supposed to be the next head coach at WCU. 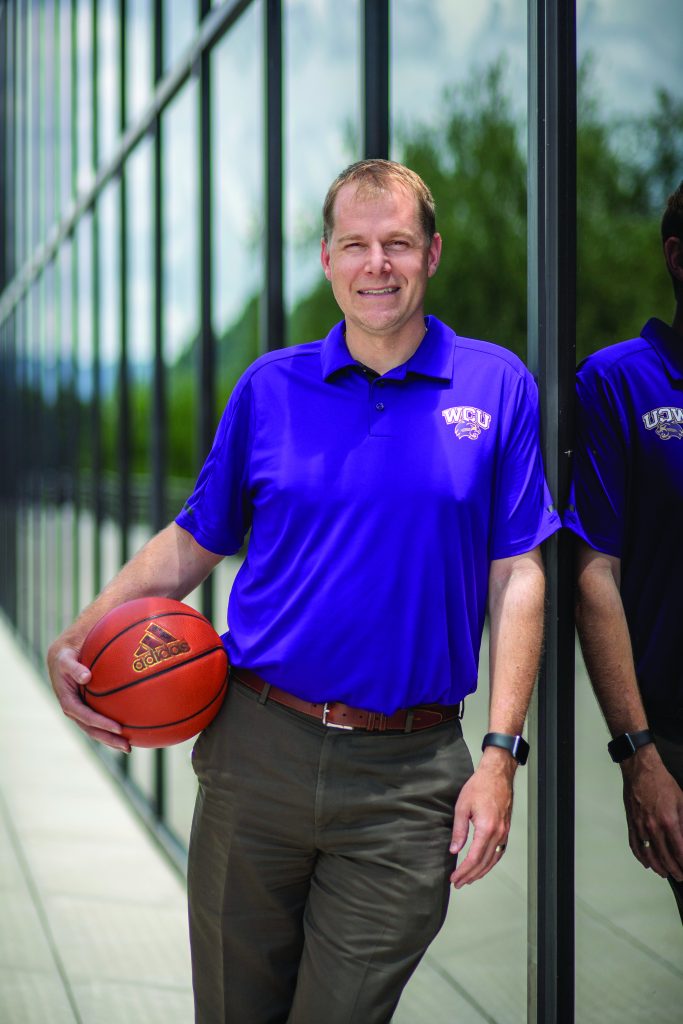 Prosser, an assistant at Southern Conference member Wofford from 2008-2011, said he had a great affinity for then-WCU coach Larry Hunter, who resigned in March before passing in May after suffering a massive stroke. After talking to Director of Athletics Randy Eaton, Prosser was convinced WCU was the place for him. “Having been in the league, I always enjoyed (WCU) and always hated playing against them,” Prosser said. “Because of that, you start to just have that natural draw to a certain place.”

Although he is the son of a very successful college coach who led Xavier and Wake Forest to a total of eight NCAA Tournament appearances, Prosser always has been one to carve his own path. As a high school player, he took an official visit to Xavier and could have played for his dad. But Prosser instead chose to attend Marist College.

The same was true when it came to pursuing a coaching position. After graduating from Marist, rather than look to join his father, Prosser worked for a season at Wofford in 2002 under first-year coach Mike Young.

The next season, he joined Pat Flannery at Bucknell, helping lead the Bison to a 99-57 record in five seasons, which included two trips to the NCAA Tournament where they upset No. 3-seed Kansas in 2005 and No. 8-seed Arkansas in 2006.

Prosser returned to Wofford in 2008, helping the Terriers win a school-record 26 games in 2009-10 and earn a trip to the NCAA Tournament. In September of 2011, he took his first head coaching job at Brevard, about two months before the season started. After a 2-16 start, Brevard finished 5-23. Despite the record, it was an enjoyable season for Prosser.

“Every day, those kids came to work,” he said. “Every day, they tried to get better. They were a wonderful group of kids. It was a wonderful experience for me. Our record wasn’t great, but it was coming. I would have stayed there for a long time, and who knows what would have happened if we had.”

But when Pat Kelsey, a former player and assistant coach under Skip Prosser, was hired at Winthrop, he asked Mark to join him. Mark couldn’t refuse.

“The hardest thing that I’ve done professionally was walking into that locker room and letting those young men know because you spend months and months and you’re preaching culture and buying and believing in something and building something, and then seven months later you walk in and say, ‘I’m not going to be a part of it,’” Prosser said. “I wish it hadn’t happened that way, but I don’t regret the decision that was made.”

Prosser’s moral compass and his love for players are what made joining him in Cullowhee an easy decision for his assistant coaches – Tony Rack, Monty Sanders, Brett Ferguson and Brigham Waginger ’10, the lone holdover from Hunter’s staff.

“I’ve always wanted to work for him because we share a lot of similar beliefs,” said Rack, who previously worked with Prosser at Winthrop as director of basketball operation. “He doesn’t waiver at all from his culture or his beliefs in terms of recruiting. More importantly, I would run through a wall for that guy because he’s bent over backwards for me, helping me in terms of my career, helping me in life.”

Ferguson, the director of basketball operations, was a video coordinator at Winthrop in 2012. He was recently working in the private sector.

“It was a huge opportunity,” Ferguson said. “I had reached out to him just congratulating him when he got the job. At that point, I had been out of college coaching for a little over two years. I obviously stayed in touch with him over those years. I really respect him and what he’s about as a coach and a person. When he offered me the position, it was a no-brainer. It was a pretty quick yes.”

Waginger, a former player and recruiting coordinator under Hunter, looks forward to learning from Prosser.

“When he first got in, I thought he was a great fit for Western,” Waginger said. “I think he understands the landscape of the Southern Conference. He’s been successful at every stop he’s been. I was very relieved when I got the call for the fact that I could learn from such a young, energetic coach, a guy that’s got such a bright future in this profession.”

Prosser has been impressed with the group of players he has inherited, a group that has seen more than its share of adversity. Not only did their longtime coach resign after winning his 700th game last season, but then he passed away. Through it all, Prosser said they all finished the semester well academically.

Prosser plans to implement an up-tempo, exciting brand of basketball. He wants to make the Ramsey Regional Activity Center a tough place for opponents to play. He also wants to make it a place where students and fans can’t wait to come watch the Catamounts play.

“It’s giving them a tremendous fan experience when they come, getting the student body to come and support the team that represents their institution,” Prosser said. “We’re Western Carolina’s basketball team, and it means something to us to wear the jersey that says the name of our school because we love it here and we want to represent the school and do a good job of that.”

The time has come for Prosser to be a head coach. 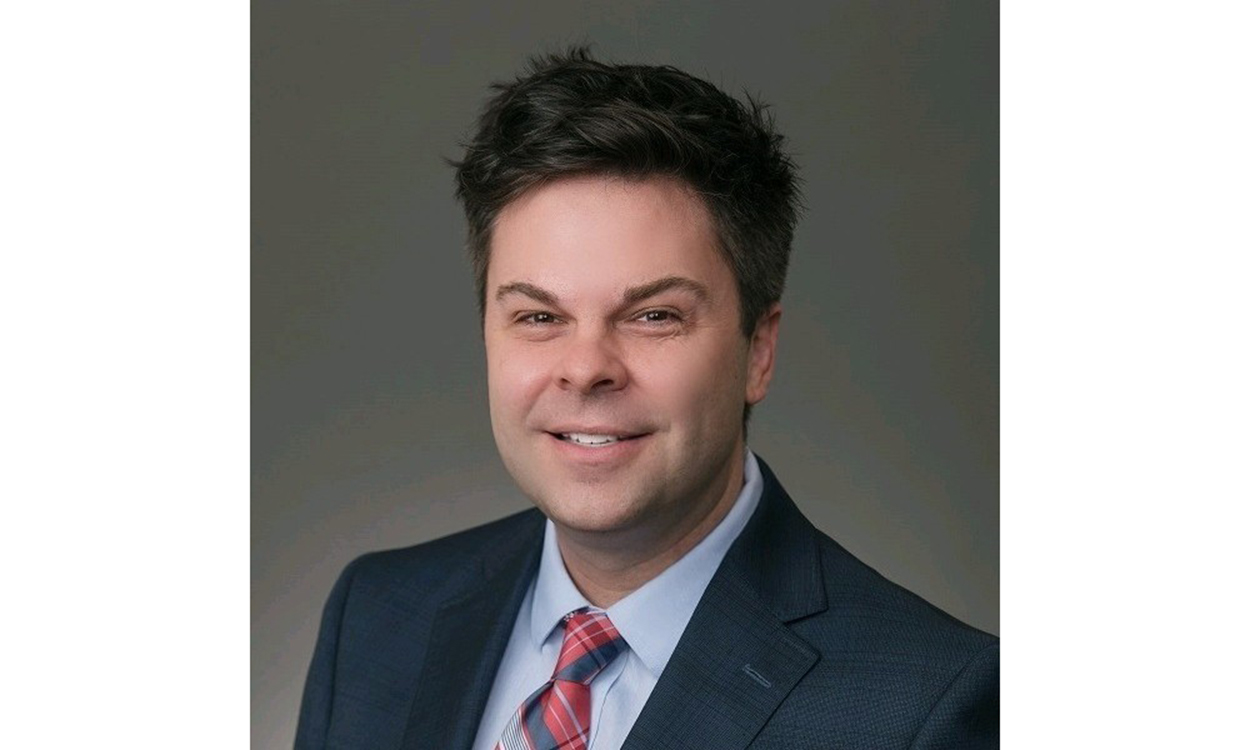