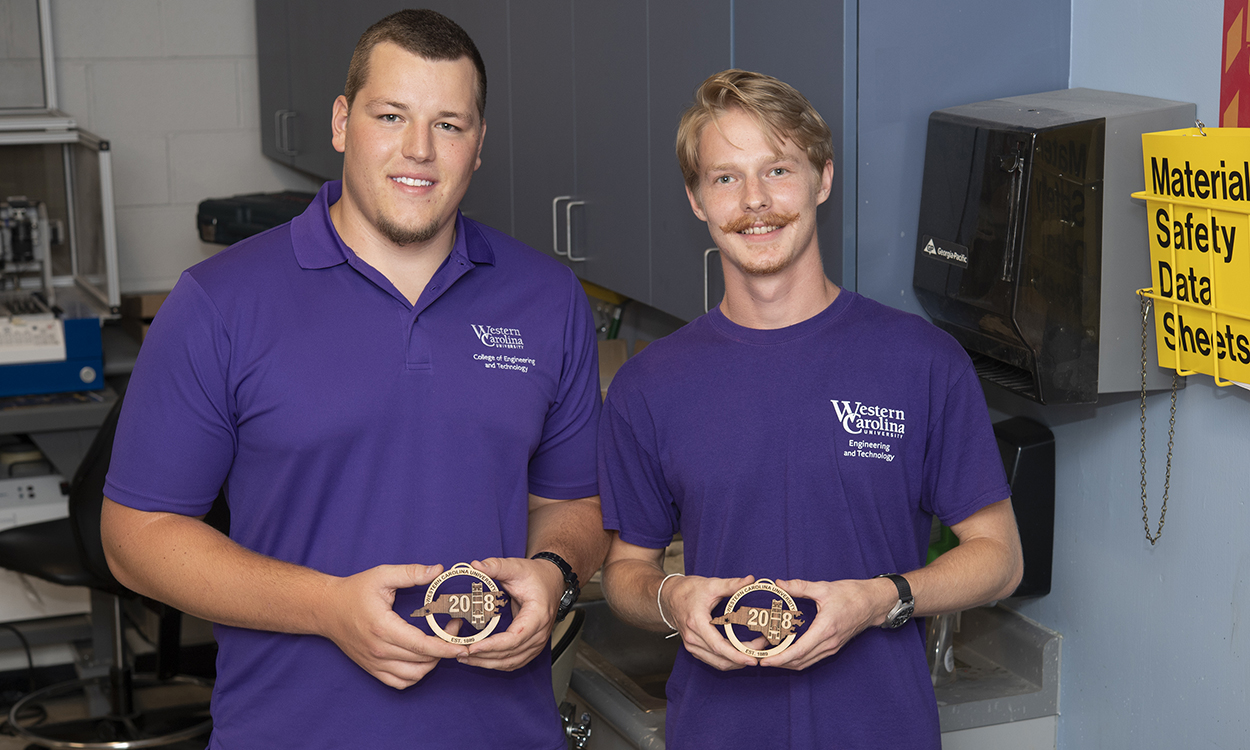 As Western Carolina University’s Staff Senate members held their annual holiday ornament sale last year to raise money for scholarships, the overwhelming question from buyers was, “Were the wooden ornaments made by students?”

Regrettably, the group had to tell them no. However, that won’t be the case this year. With the help of Patrick Gardner, director of the Rapid Center, and a couple of engineering students, this year’s holiday ornament was designed and made in Cullowhee by WCU students.

“We felt really bad when we told them no, and we really wished we could tell them yes,” said Staff Senate member Deidre Hopkins. “We are an institution of higher learning so we should be using our students. They’re learning this in the classroom and we need to put it to use.” 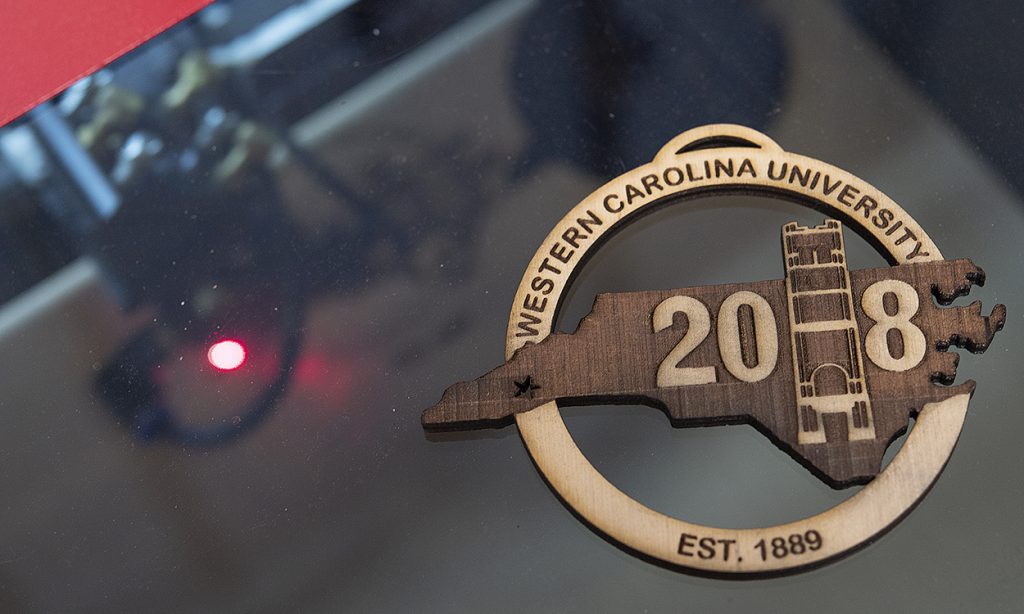 The ornaments are expected to go on sale Saturday, Sept. 29, at Mountain Heritage Day. Proceeds from the ornaments help support scholarships that the Staff Senate awards to children of staff members who attend WCU. Last year, the senate issued three $1,100 scholarships.

Riley Seyffert, a second-year technology graduate student from Greenville, South Carolina, helped design the ornament, which is a circle around the state of North Carolina. Inscribed in the circle is “Western Carolina University” on top and “Est. 1889” on the bottom. Inside the shape of the state is “2018” with the Alumni Tower taking the place of the number 1. Cullowhee is represented with a star.

“In the past, they outsourced these,” Seyffert said. “They had no idea we had the capabilities in house to do it. We started champing at the bit and started designing this ourselves.”

Thomas Lowe, a senior from Freeport, Bahamas, majoring in electrical and computer engineering technology, rebuilt the laser that produced the ornaments. The laser came to WCU with instructions that were in Chinese. Lowe took on the challenge of rebuilding it.

“We basically completely overhauled it and rebuilt the electronics and built our own environment around it,” Lowe said.

The laser produces five ornaments at a time. Only 200 will be produced, with each of them numbered. They will be $10. Unlike in the past, the ornaments will not be sold in the university Bookstore. They only can be purchased at Mountain Heritage Day or from Staff Senate members, said senate chair Natalie Broom.

The Staff Senate is hoping to utilize the skills of WCU’s engineering students for future ornaments as well.

“As long as Pat is here and says yes,” Broom said. “He has been very nice to loan us his students. He was very vested in this effort. It’s been a great collaboration.” 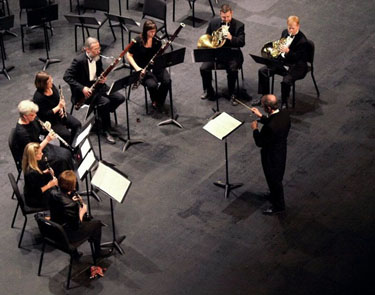 School of Music faculty talent to be showcased during recital