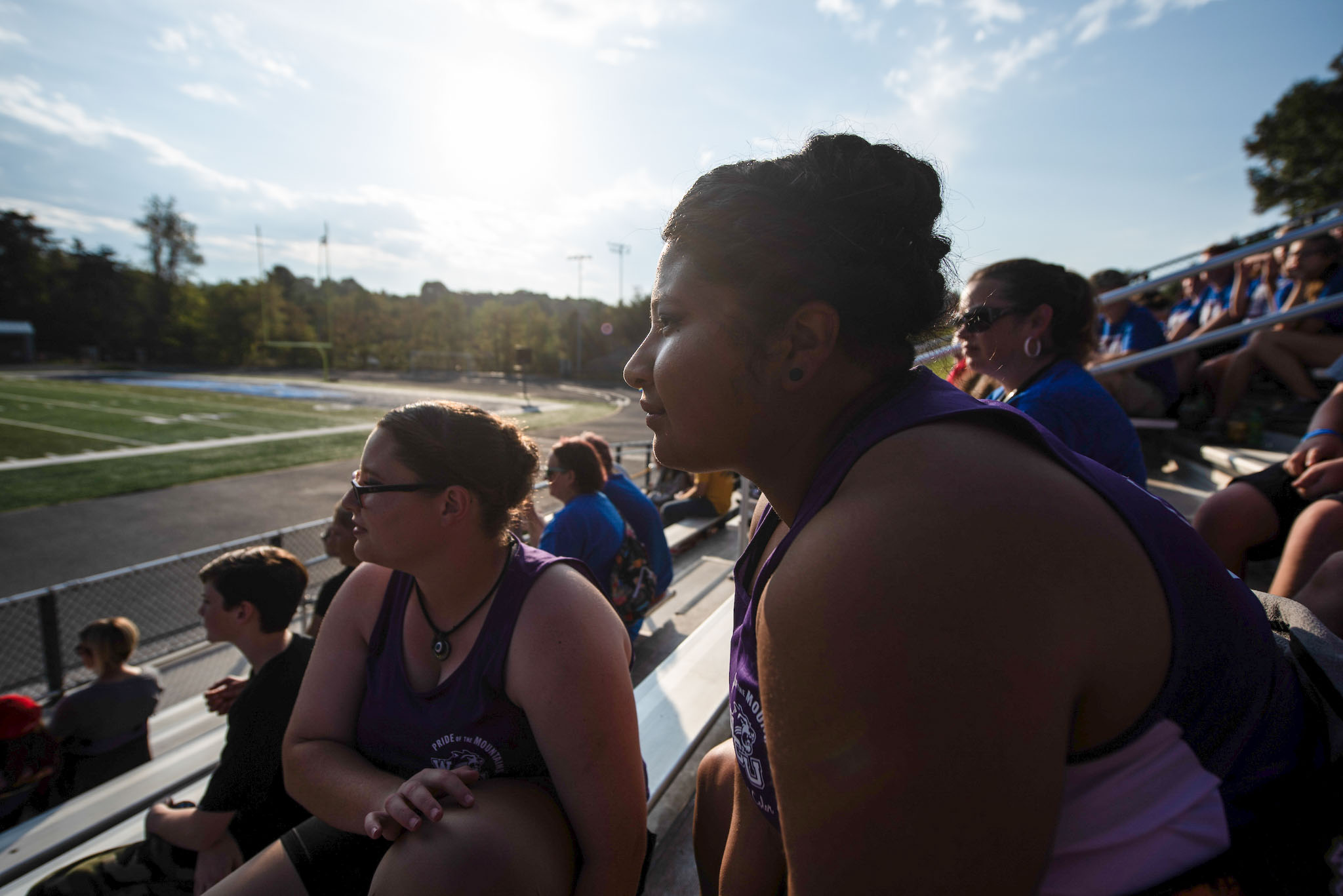 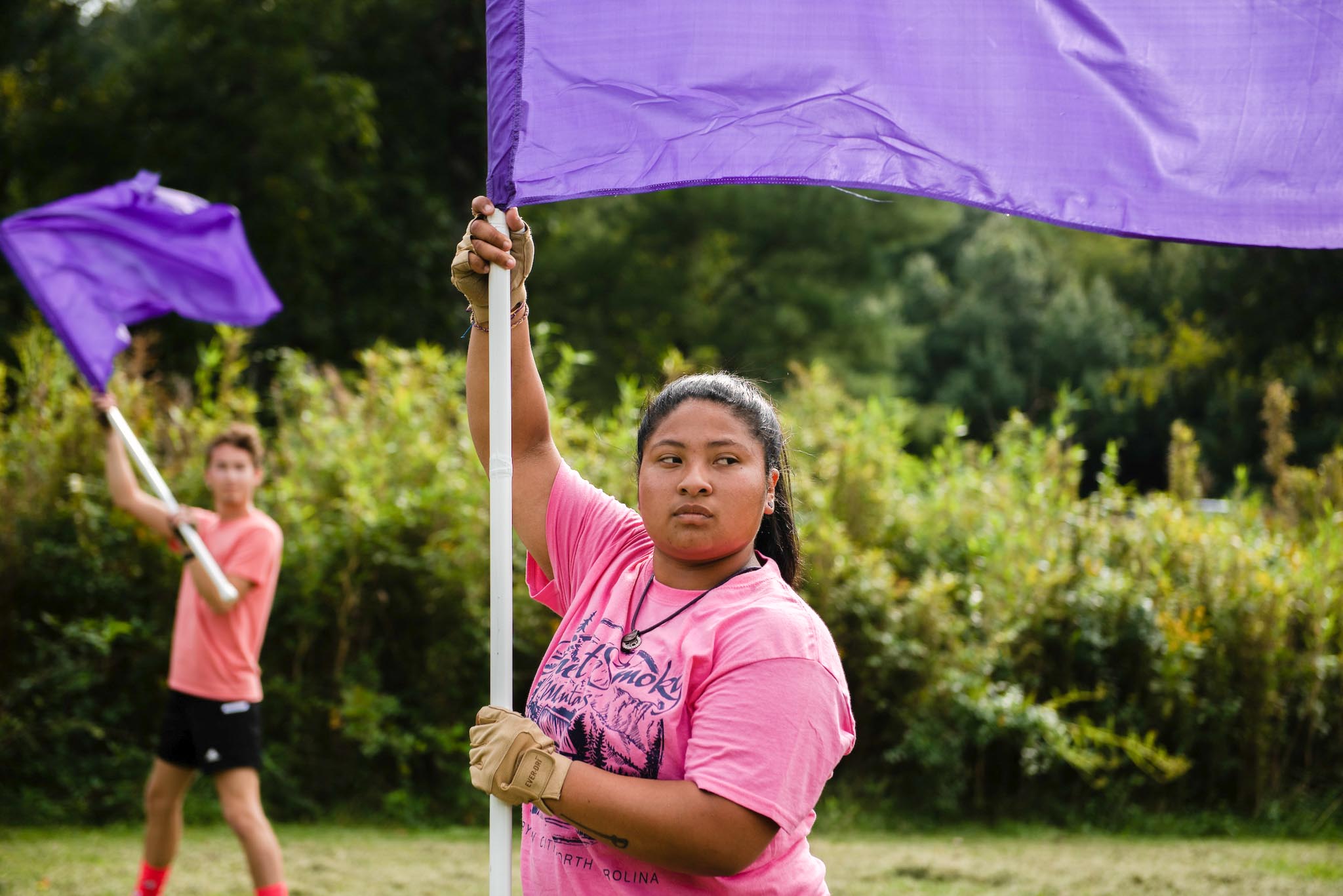 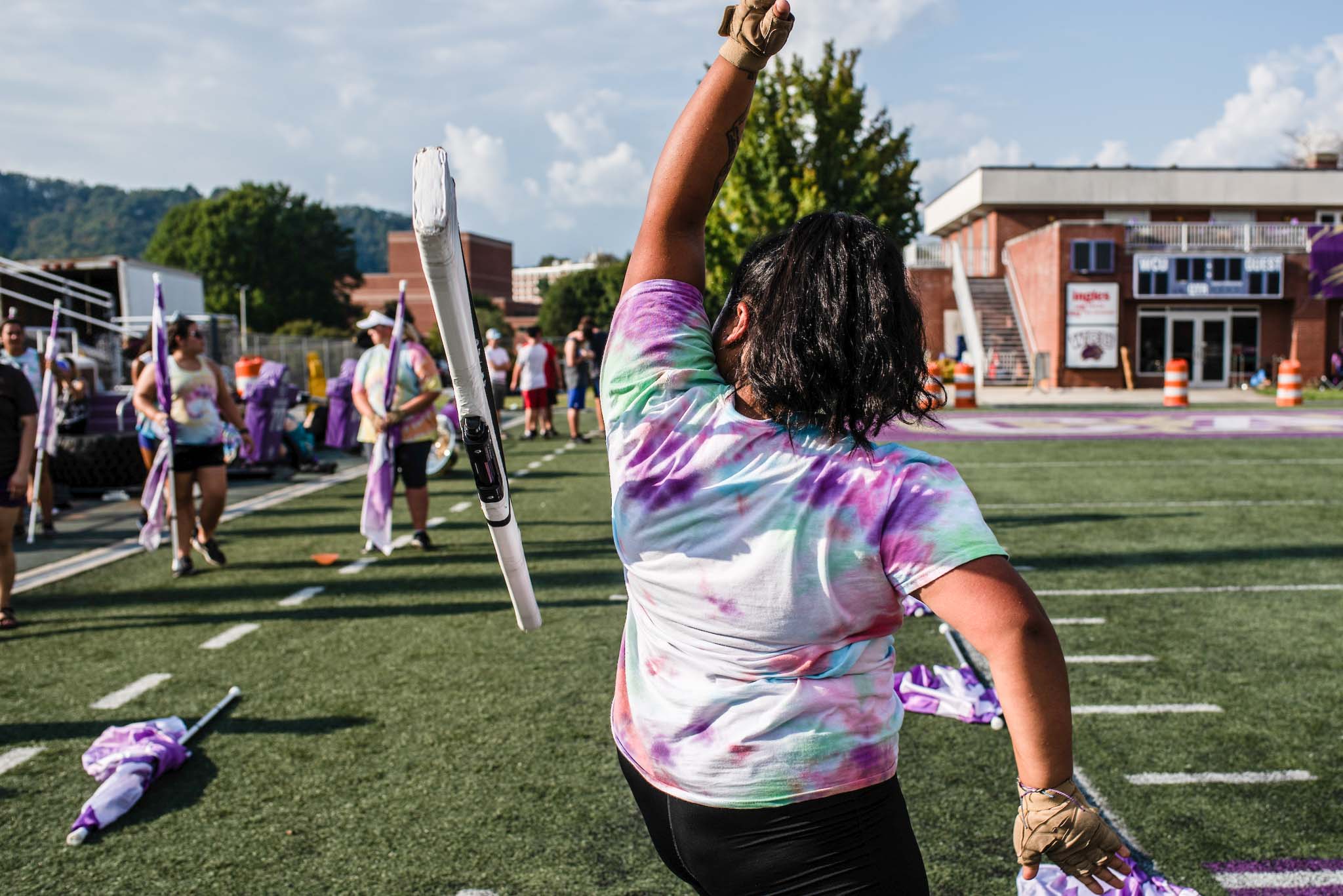 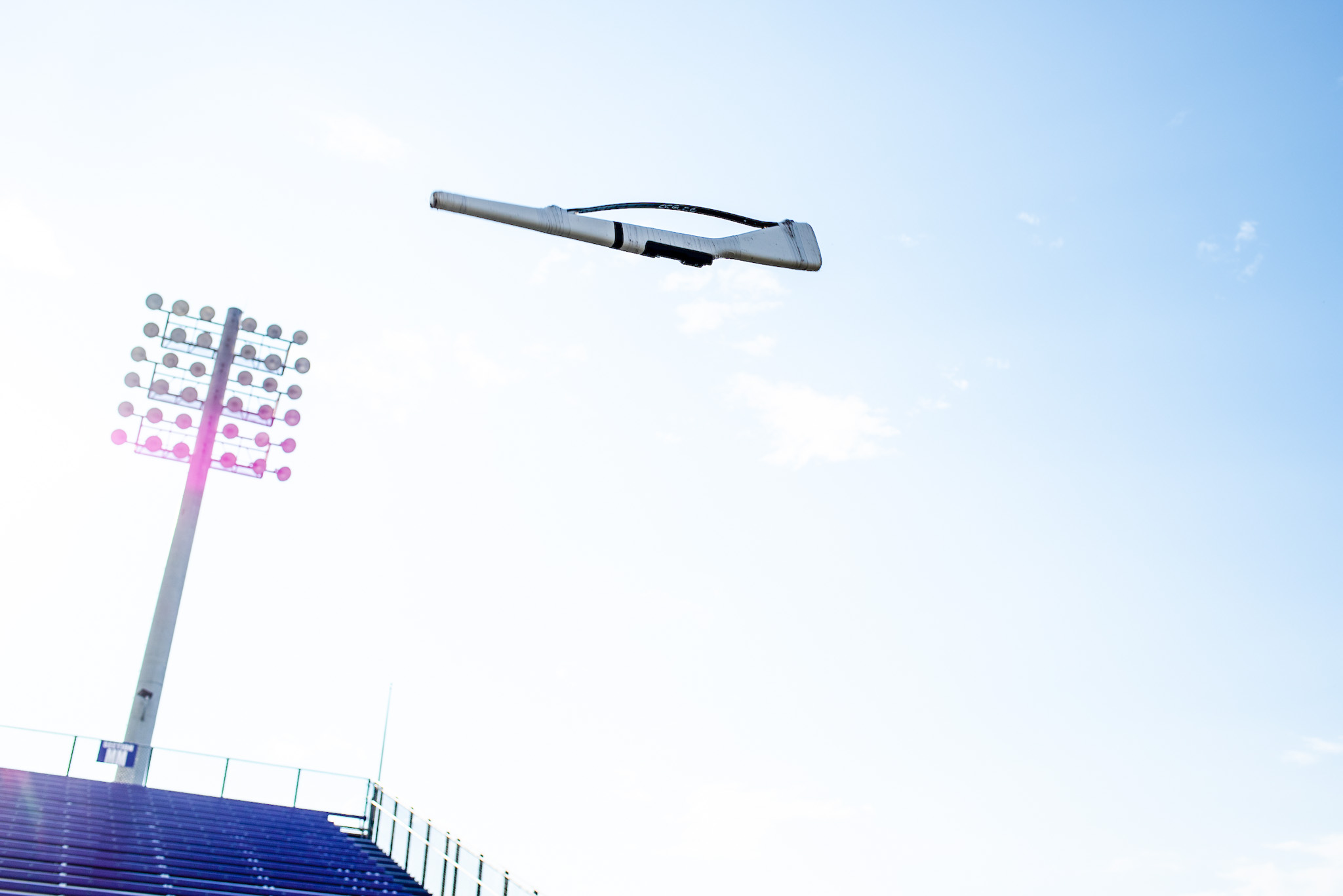 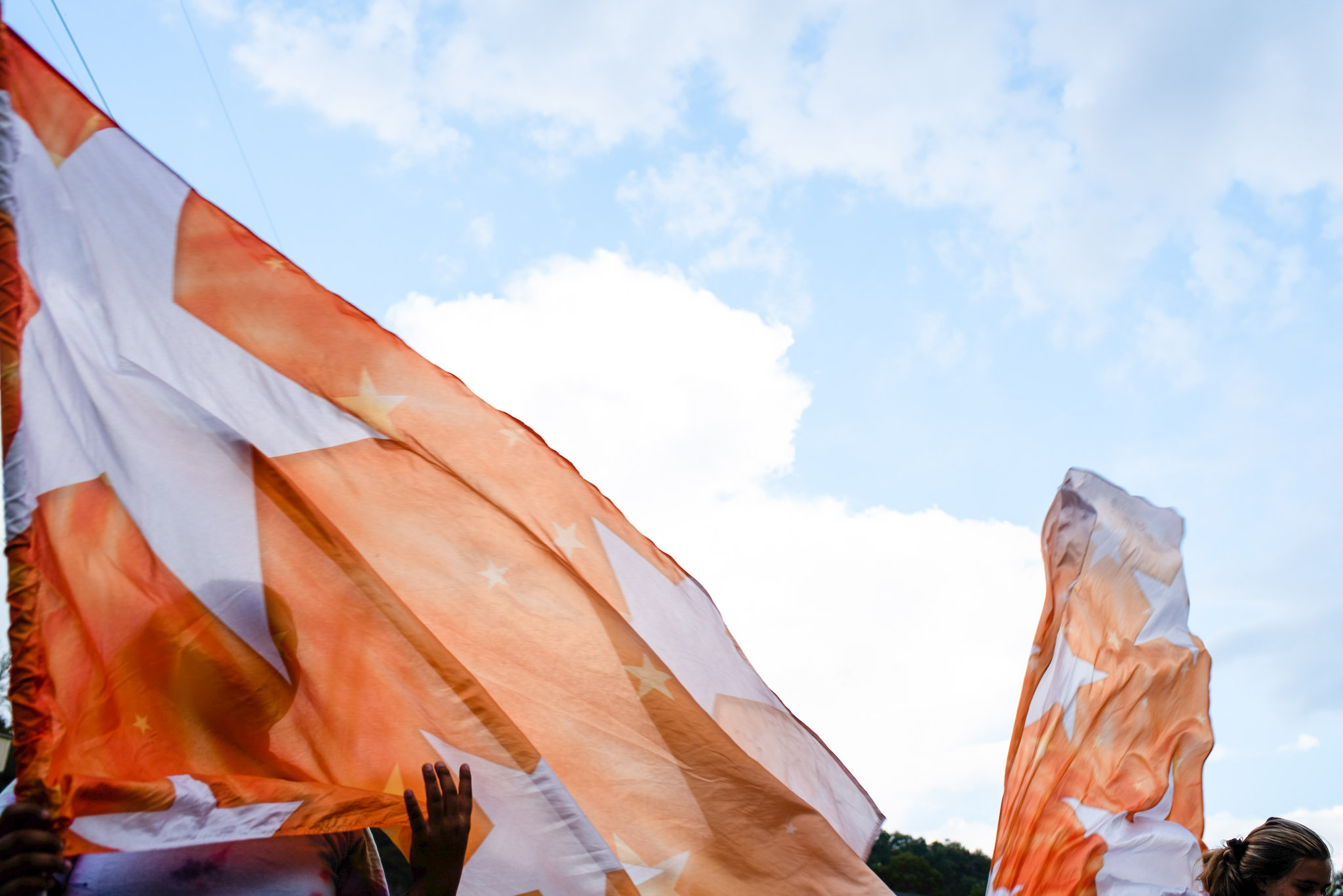 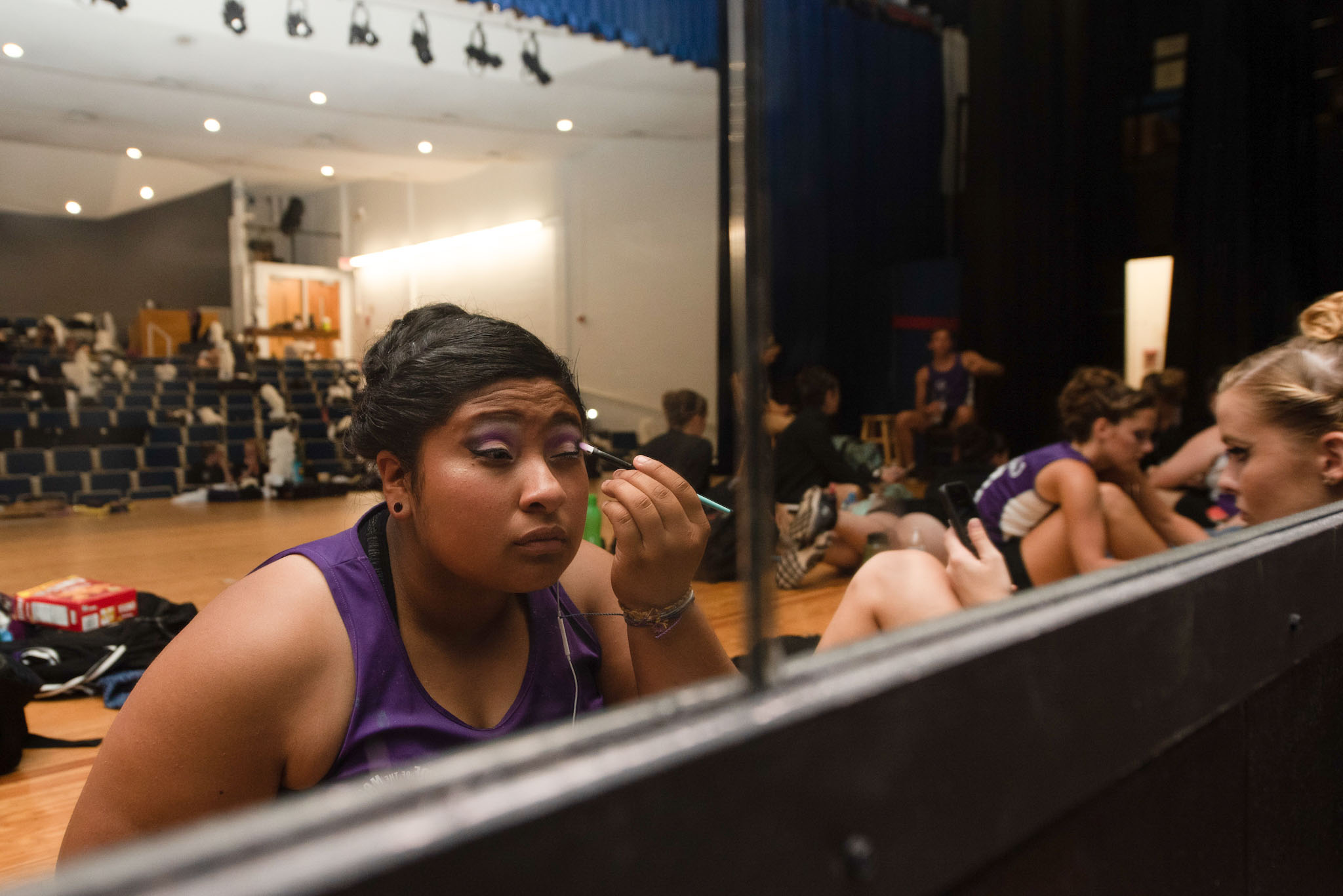 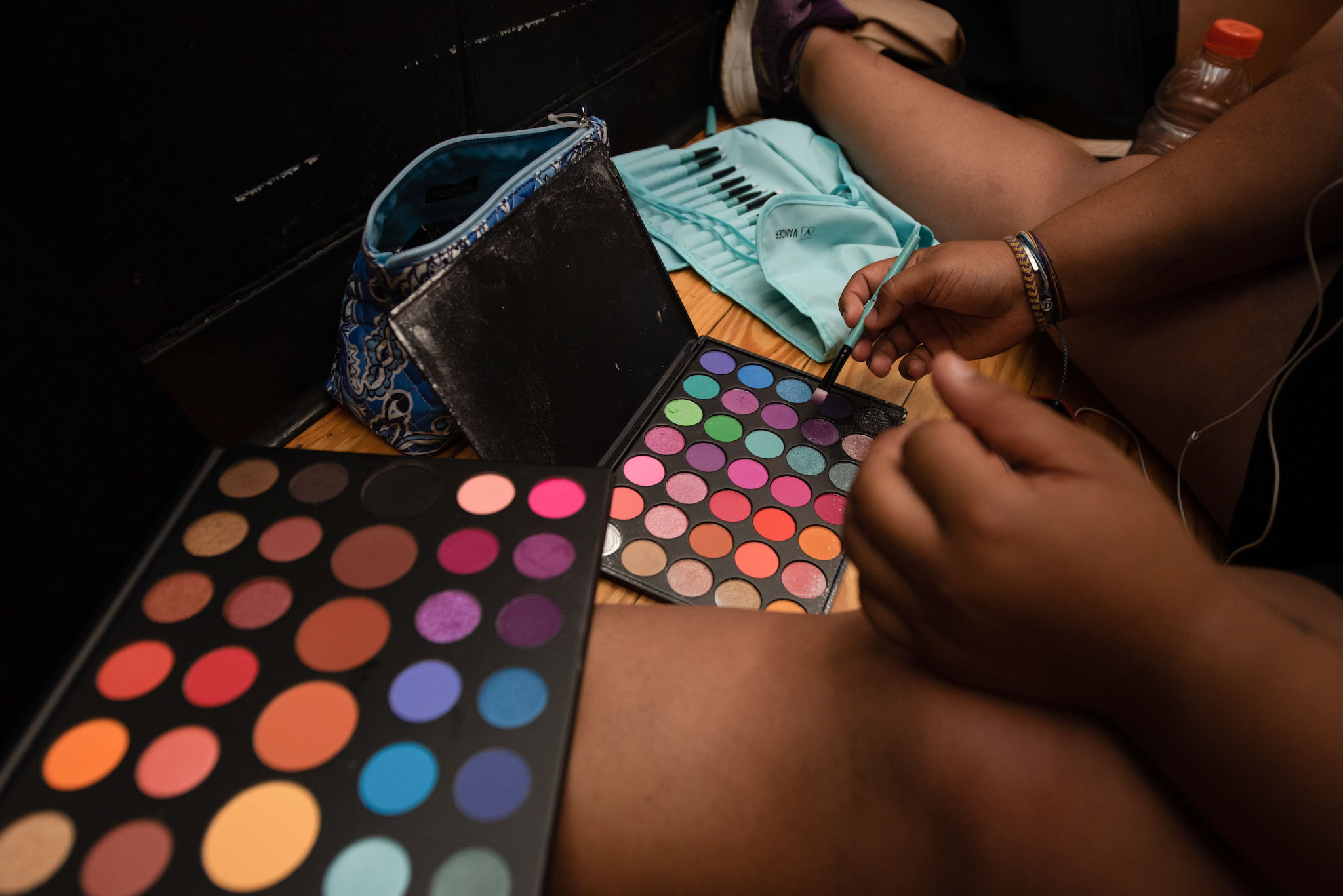 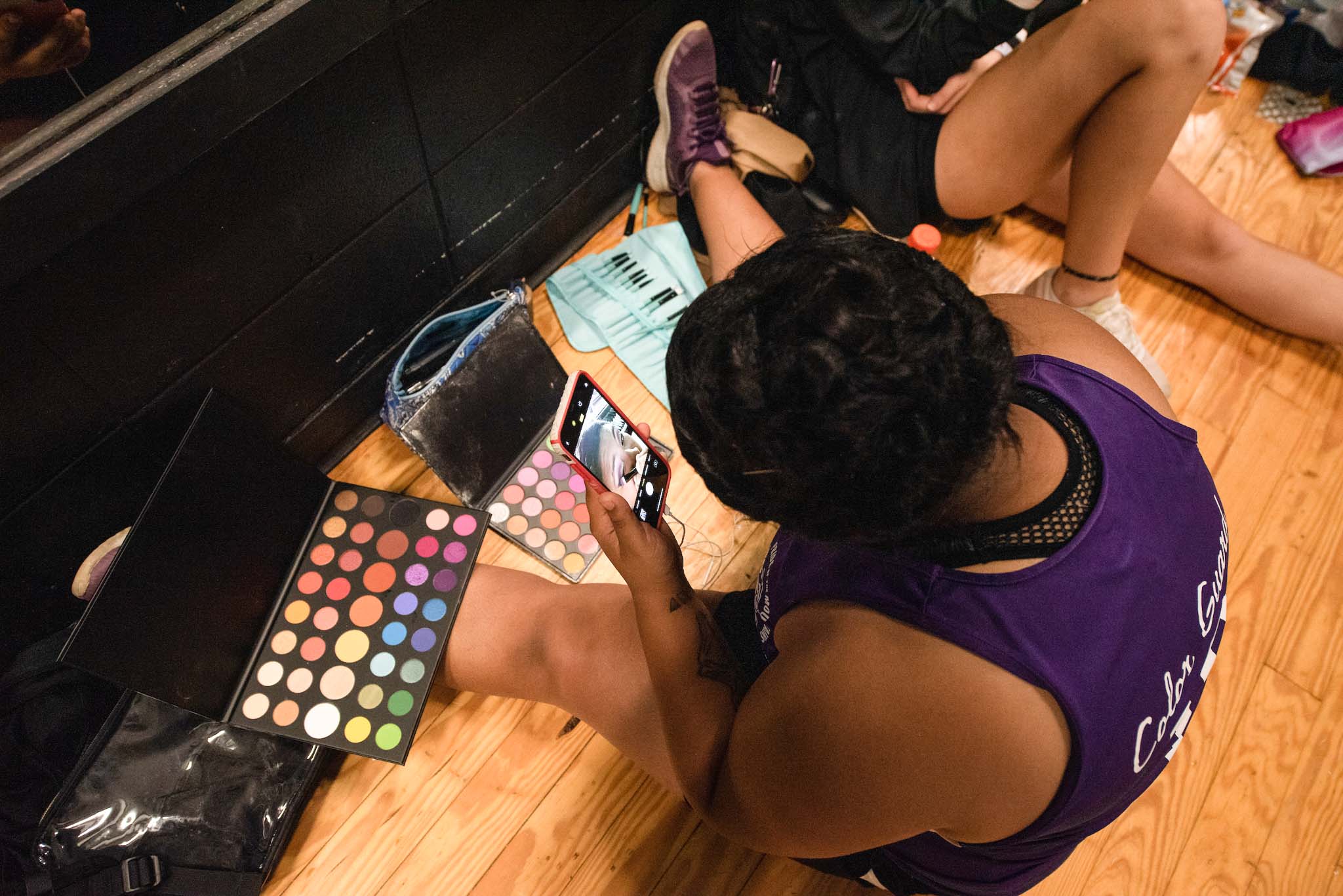 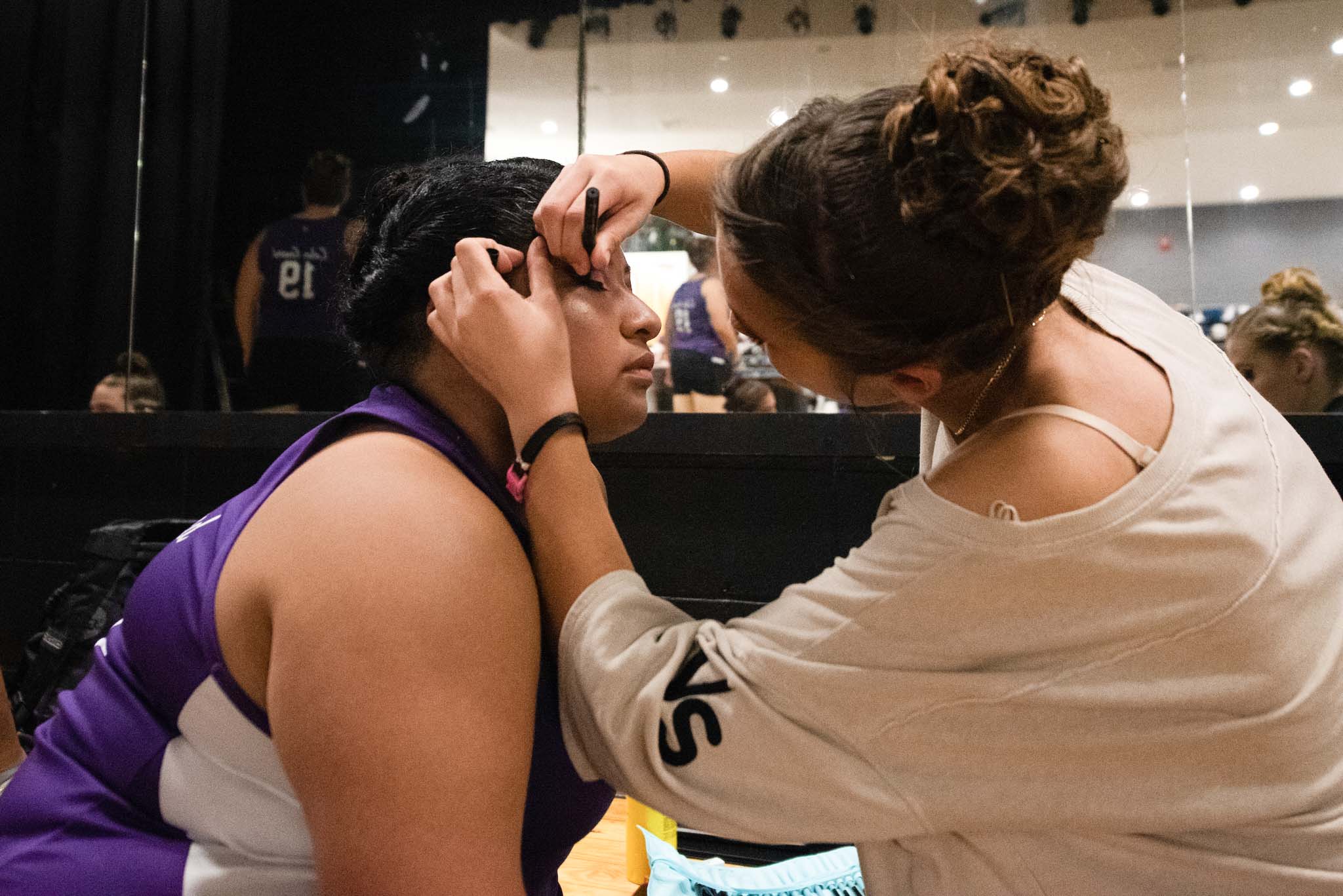 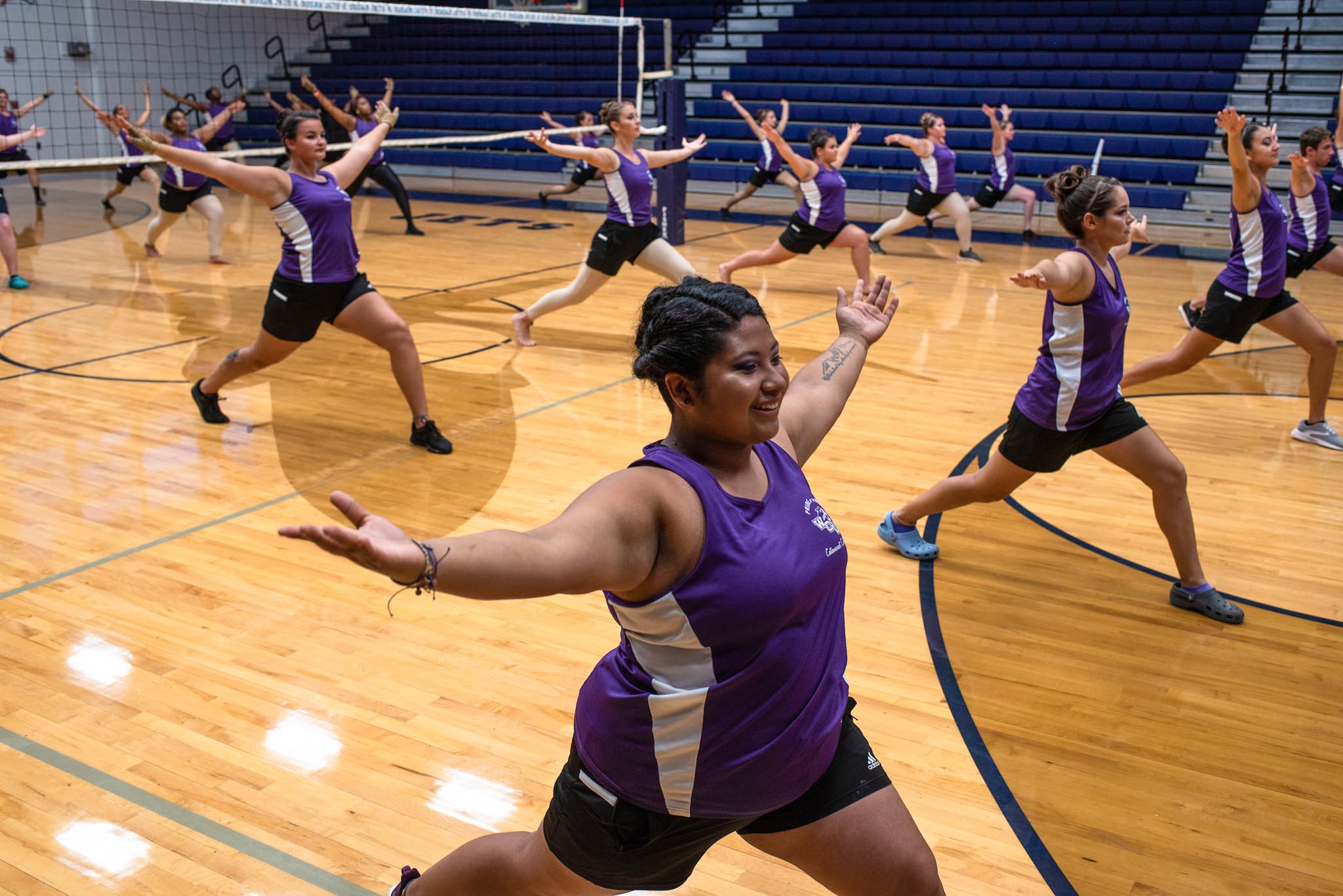 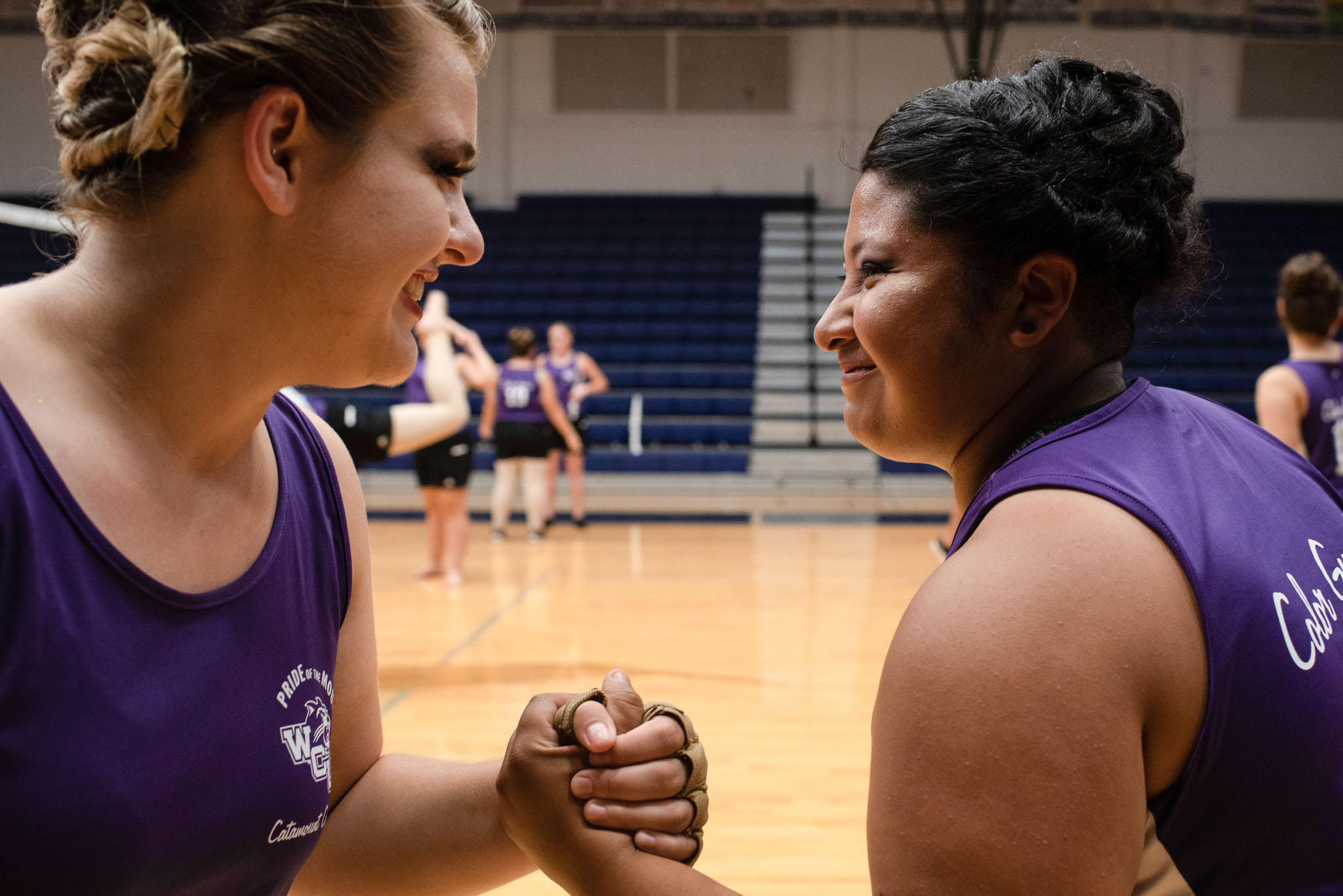 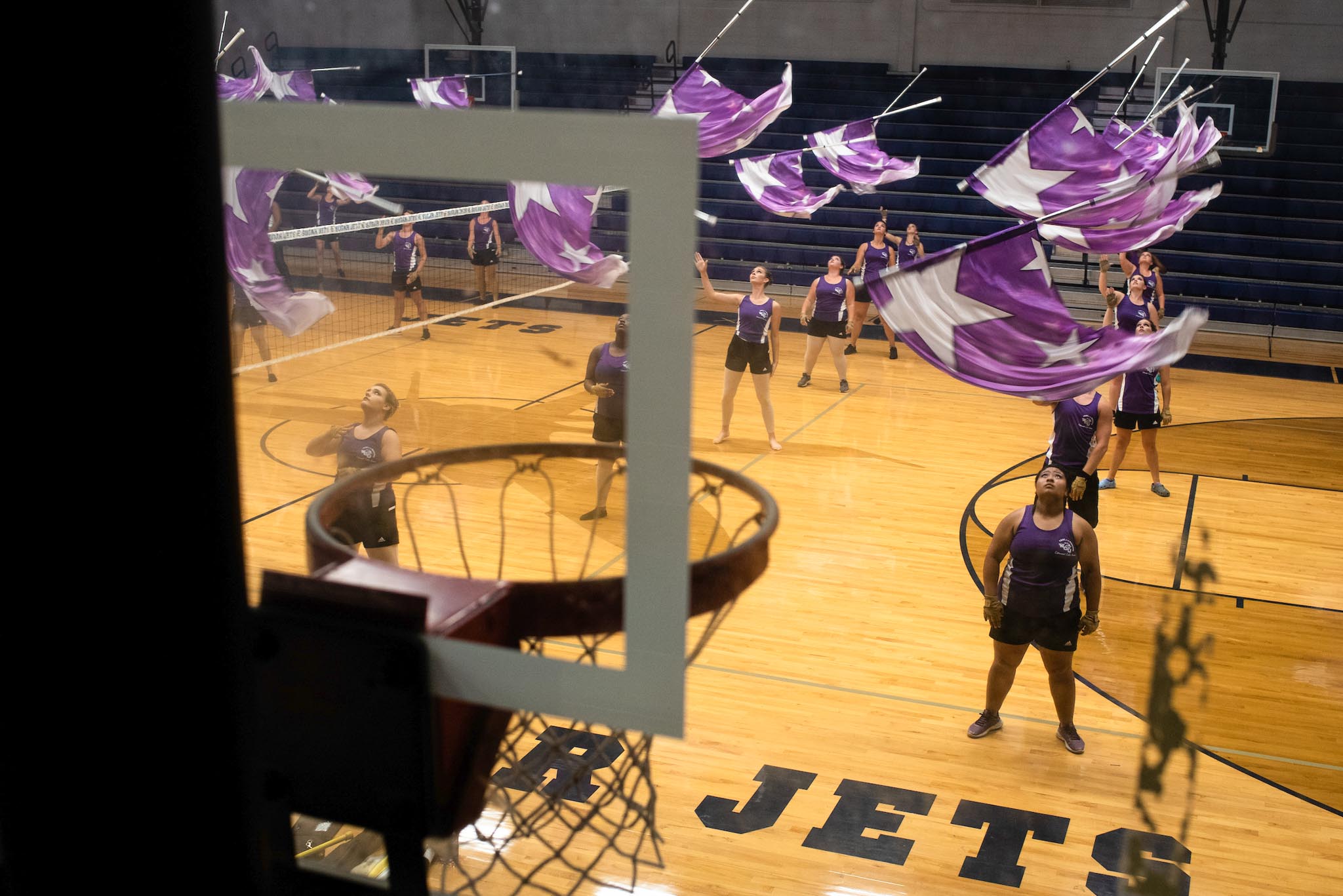 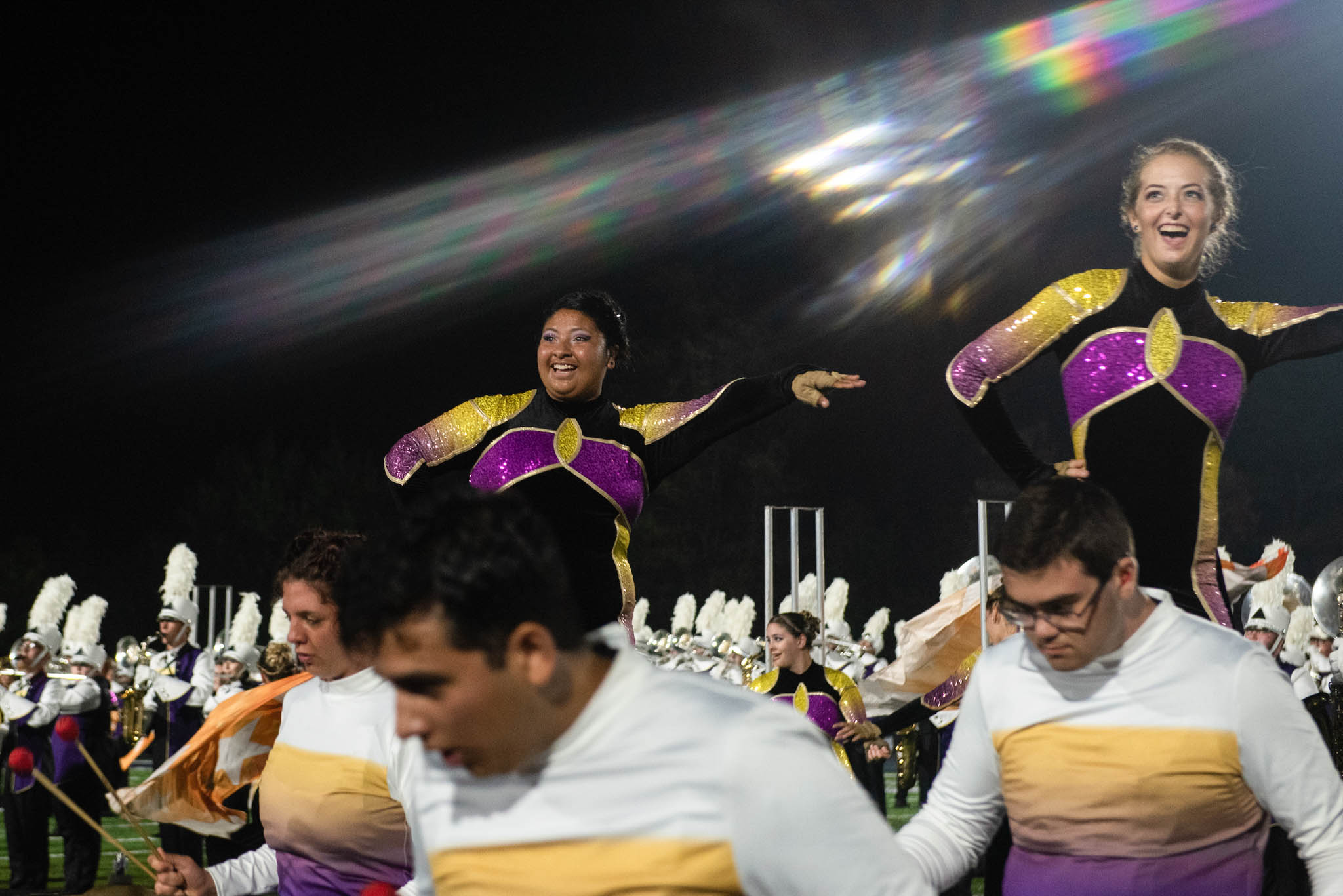 “When I listen to music, I feel it on me, I feel it through my body, and it’s really weird to tell people that because I am actually deaf,”

said Izzy Peterson, a senior color guard member in Western Carolina University’s Pride of the Mountains Marching Band. During her freshman year in high school in 2013, after playing several sports, Peterson tried out for the color guard. “No one really thought I could be graceful, so I was like, ‘I’m going to be graceful,’ ” she said. I did not know what I was getting myself into.” Peterson said. In the summer of 2013, Peterson went to the POTM Summer Symposium and learned from Megan Lloyd and Scott Beck. That fall, Peterson watched the POTM perform at Enka High School.

When she was 11 years old, Peterson woke up one morning and couldn’t hear. She went to ear, nose and throat doctors, and then to UNC-Chapel Hill, where her current doctor is. She was diagnosed with sudden sensorineural hearing loss, or sudden deafness. It can happen instantly or over a span of several days. Sound gradually becomes muffled or faint. “The hairs in my ears just laid down and never came back up,” Peterson said. “It’s permanent. It will never get worse, but it’ll stay the same.”

Peterson began her WCU band career when she joined the color guard in 2016. Color Guard Director Bobby Richardson and Assistant Director Emily Lawson understand how to assist Peterson. They look at her when giving directions, or will ask the entire line to repeat the instructions. “That’s how I get super close and out of my comfort zone with everybody else. It’s like a family,” Peterson said. 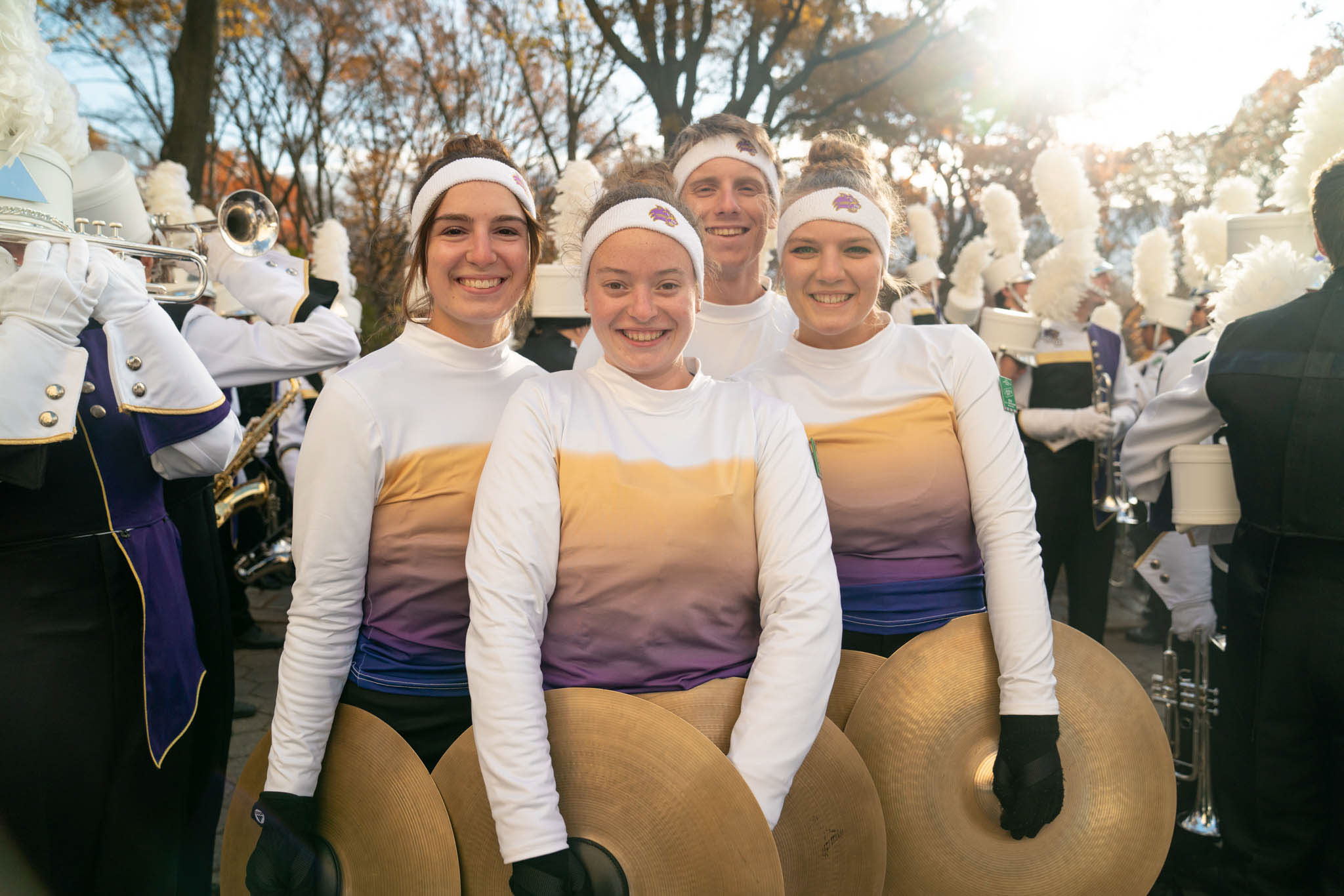 Marching in their Dad's Footsteps