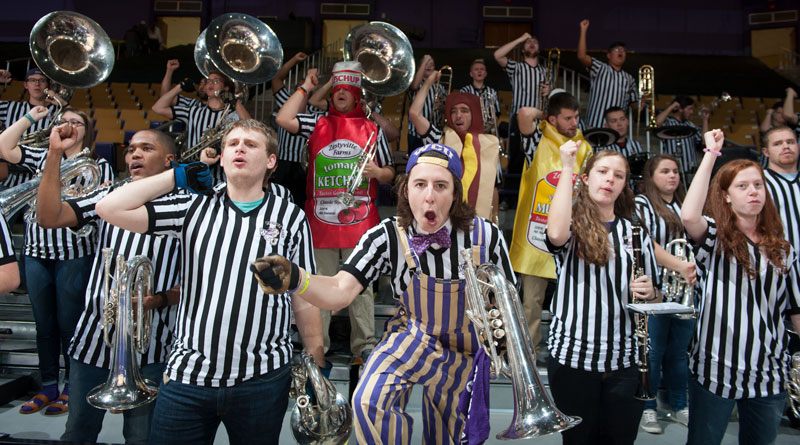 The Cathouse Band is a medium-sized ensemble that plays at all home basketball games during the spring semester. We are a very vocal ensemble, and we get involved by calling the game as we see it! 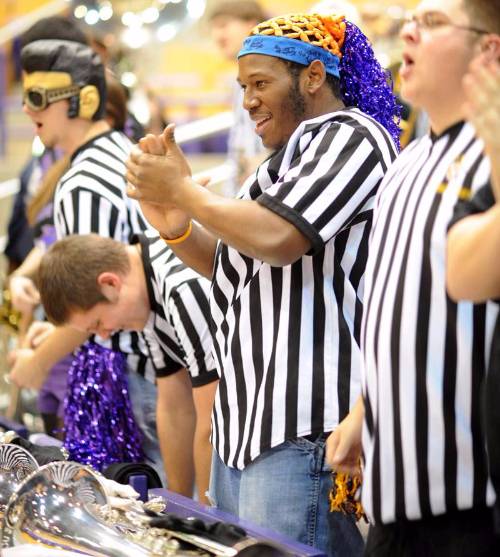 The band's size changes from year to year based on those who wish to participate but is comprised approximately of 80 members. Auditions occur at the end of the Fall semester and are open to all students.

One of the most striking features of The Cathouse Band is the choice of uniform. The band wears referee jerseys that are loaned for the season at the first game.

At the end of the regular basketball season, The Cathouse Band travels with the basketball teams to the Southern Conference Tournament and to the NCAA Tournament.

Pep Band scholarships are available to a select group of people who audition, funded jointly by Athletics and the Marching Band. The Scholarship Band is required to attend 16 regular season games, and the remaining band members may pick 14 games to attend.