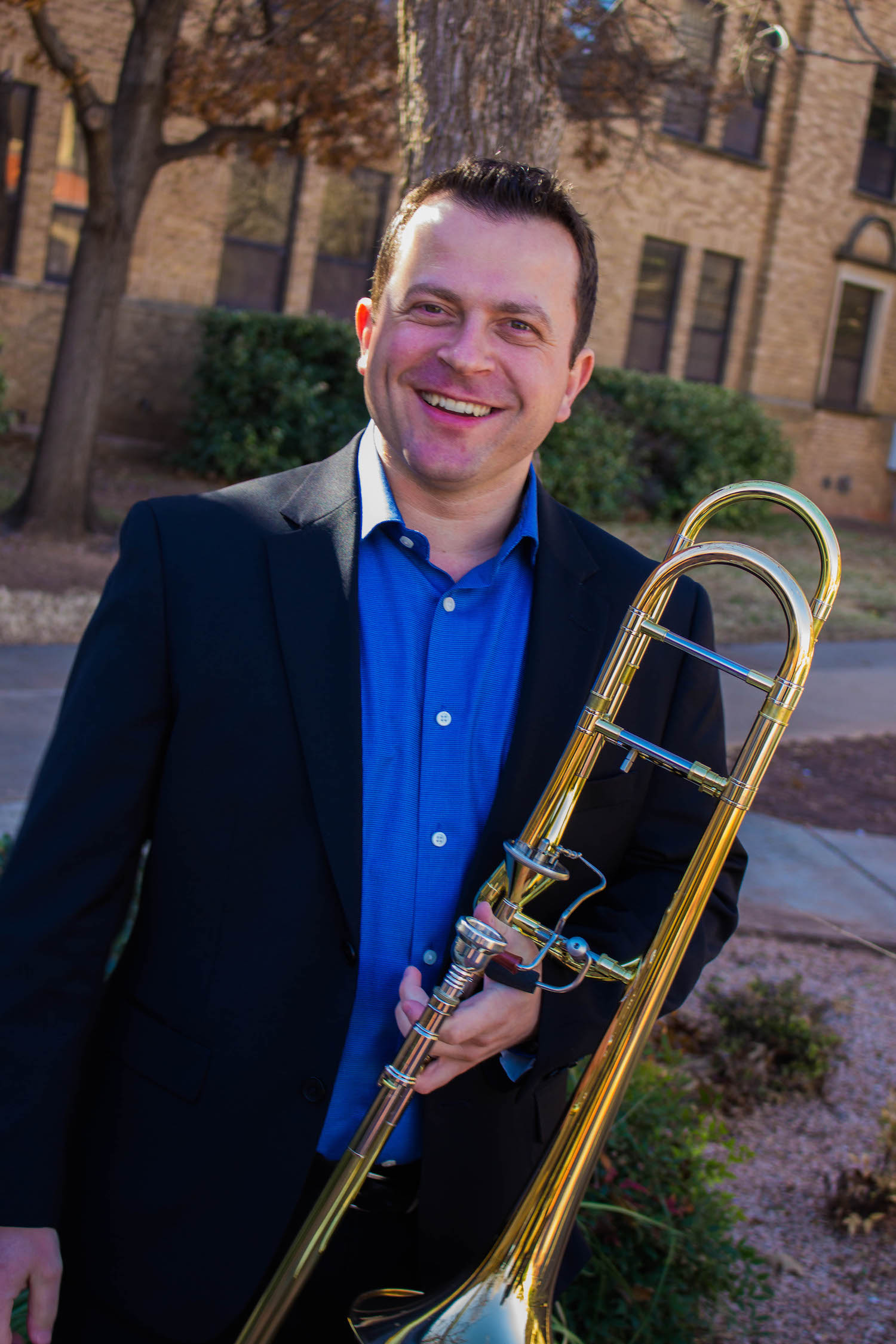 Biography
Zsolt Szabo (DMA) joined the School of Music faculty at Western Carolina University in the fall of 2014 as the Assistant Professor of Trombone and Euphonium. In addition to his teaching duties, Szabo is a member the American Trombone Quartet, the Hungarian Trombone Connection, The Smoky Mountain Brass Quintet and serves as Principal Trombone of the Brevard Philharmonic Orchestra. Previously, he was Principal Trombonist of the Ars Viva Symphony Orchestra in Chicago. Between 2009-2011, Szabo was a full-time member of the Civic Orchestra of Chicago where he worked with conductors such as Riccardo Muti, Pierre Boulez, David Robertson, Xian Zhan, EsaPekka Salonen, Jaap van Zweden, Erik Nielsen, Markus Stenz, Larry Rachleff, and Cliff Colnot. In 2010, Szabo performed and toured with Pierre Boulez and the Chicago Symphony Orchestra and has been a substitute for the orchestra on other occasions as well. As an active freelance musician in the Chicago area and Western North Carolina, Szabo also performed with numerous orchestras and chamber ensembles in North Carolina, Illinois, Tennessee, South Carolina, Iowa and Indiana.

Prior to joining the faculty at WCU, Szabo received the prestigious Iowa Performance Fellowship Award at The University of Iowa School of Music where he was a Teaching Fellow while completing his Doctor of Musical Arts degree in Trombone Performance and Pedagogy. In the spring semester of 2012, Szabo was a Trombone Lecturer at Western Illinois University. He has also been a guest lecturer at University of Georgia, Appalachian State University, Illinois State University, Illinois Wesleyan University, Eastern Illinois University, and “Liszt Ferenc” Music Academy in Budapest, Hungary where he presented master classes and performed recitals.

Zsolt Szabo is an Edwards Artist/Clinician and performs exclusively on Edwards trombones.

School of Music to present annual ‘Sounds of the Season’ concert

School of Music schedules series of recitals, performances in December