Our students of Spanish go on to accomplish great things! Here are some updates for ten distinguished alumni of WCU's Spanish Program.

After graduating in 2010, Dr. Graham earned a masters degree in English from WCU and a doctorate in Educational Leadership and Administration from Capella University. She taught English language learners at Southwestern Community College for several years before going into semi-retirement to pursue a Christian-based vocation. She took seminary classes for two years to become a certified lay minister with the Methodist church and was confirmed with the Methodist conference earlier this year. She now runs several local ministries that assist families with food insecurity, and she has created a music ministry that plays for charities and visits nursing facilities and hospitals. Aside from using her Spanish in all these ministries, Dr. Graham also uses it to interpret and translate for several families. She enjoys keeping in touch with many of her former students.

René is a senior associate at Dixon Hughes Goodman, an international accounting firm, in Asheville, NC. He has used his Spanish skills on two major overseas projects for the firm, and he is about to get started on another one in Mexico. René is now married and has two children.

Reflecting on his time at WCU, René says:
My best memories are from my trips with Lori and Alberto (Dr. Lori Oxford and Dr. Alberto Centeno-Pulido) to Valencia, Spain and to Havana, Cuba!!! Cuba was my most memorable trip!! I learned so much on that trip, and to be able to see in real life what we learned in class was incredible.

2012, Spanish with minor in History

After graduation, Michael joined the US Air Force and served six years on active duty. He moved back to Shelby, NC in October 2019 and now works as a full-time technician for the NC Air National Guard. He married his wife, Victoria, who is also a 2012 WCU alum in Math Education. They moved into their new home this past spring.

Reflecting on his time at WCU, Michael says:
Enjoy every moment that you have while learning from some of the very best instructors. Don’t fret about any certain assignment, just use your time wisely and it’ll turn out just fine. I learned so much in my four and a half years there but know I could have accomplished so much more if I had realized the opportunities I had.

I’m so grateful for all of the films, music, and pieces of literature I was exposed to. It truly opened my mind to a whole new world. As current students try to see things as more than an assignment: you’ll get way more out of it. Hasta la victoria siempre. Always forth to victory.

Kelsey and her husband left their jobs in the classroom to become the Youth Director and Assistant Director at their church. She also works freelance on social media marketing. She and her husband have a 15-month-old boy, Lyric Judah, and another, Pax Gideon, due in March. They just sold their house in Highlands and are moving to Franklin. Kelsey is still very active in the Spanish-speaking community where she lives, teaching some ESL and translating where needed, which keeps her Spanish fresh. 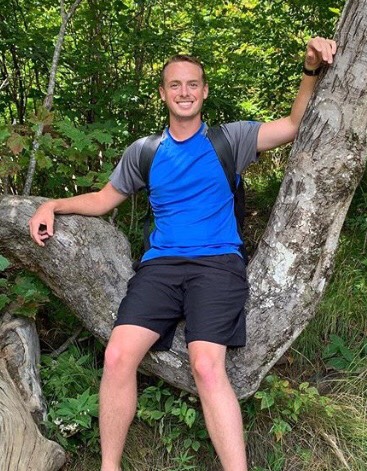 Trevor has been working at the police department in Asheville for almost three years and has been a homeowner for two and a half. Aside from his regular duties as a police officer, Trevor also serves as an interpreter for the department when needed. After he demonstrated his proficiency with a test, he was granted an extra pay incentive for that important skill.

Trevor offers advice to current students in the program:
Study abroad. Find friends in the language department who also really want to achieve fluency and will practice Spanish with you. Listen to Spanish language music, watch movies and TV shows in Spanish on Netflix, watch YouTube channels in Spanish.

Andrew lives in Carcaixent, Spain, where he works for the Spanish government as an auxiliar de conversación at the CEIP Navarro Darás (a public elementary school).

Reflecting on his time at WCU, Andrew says:
I can't believe that five years ago, I was doing the Valencia travel program with Lori and Alberto (Dr. Lori Oxford and Dr. Alberto Centeno-Pulido)… now I'm living here in Spain and traveling as much as I can! I highly recommend the Auxiliar de Conversación program to students who want to live in Spain!!

Jahni works full-time managing a day program for adults with disabilities. While she communicates in Spanish with some of her clients on a daily basis, she frequently finds herself teaching basic Spanish to some of the others.

2018, Spanish with a minor in US Latinx Studies

After leaving WCU, Jarod finished a M.Ed. in Higher Education and Student Affairs from the University of South Carolina in May 2020. Soon after that, he moved to Lynchburg, Virginia, where he is currently employed by the University of Lynchburg as the Area Coordinator for Residence Life.

Reflecting on his time at WCU, Jarod says:
My favorite memory is spending Fall Break of 2017 in Havana, Cuba, being immersed in the culture, and realizing I had learned more about the Spanish Language than I was giving myself credit for.

To current students in the program, Jarod recommends:
If at all possible, listen to podcasts in Spanish on varying levels, as it helped me begin to process understanding the spoken language, but also understanding more about the natural flow of the language as well. Lori (Oxford) also suggested News in Slow Spanish when I still a student and I still listen to it today.

Jarod sends some shout-outs:
To the students, I see you and the work that you're doing. Keep it up! I am proud of you! To our wonderful department, I cannot begin to thank each of you enough for the influence that you had on me during my time as a student, and how that influence has continued post-grad. You all taught me that grace, while a finite resource, can be extended in the most challenging of times and in the most pivotal of situations. Thank you! Un abrazo fuerte. ❤️ 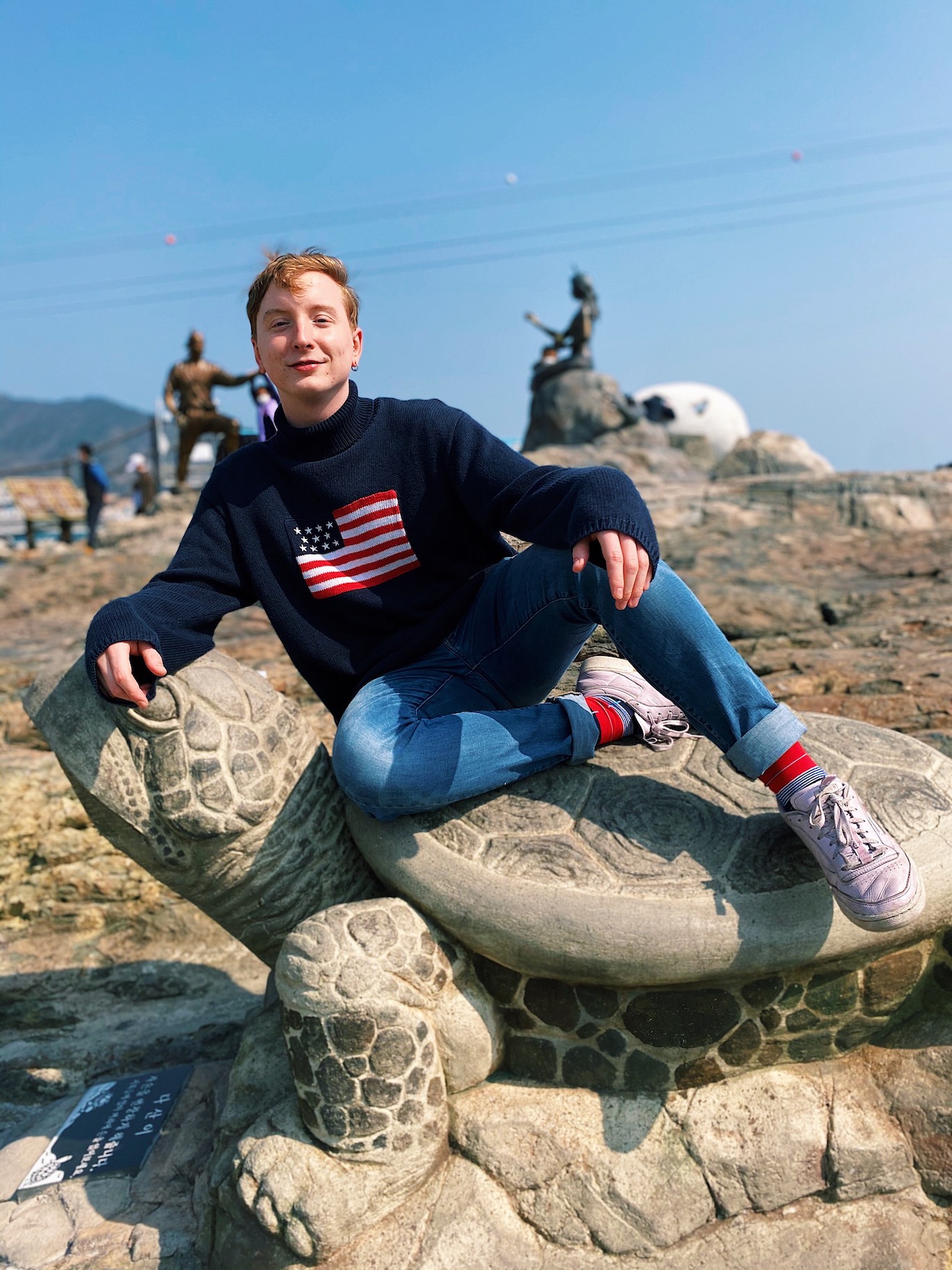 Tyler taught English to elementary students in Busan, South Korea for a year. While there, he also spent time hiking and exploring the area. He is now teaching in Guadalajara, Mexico.

To current students in the program, Tyler recommends:
My advice would be to take everyone's advice with a grain of salt. 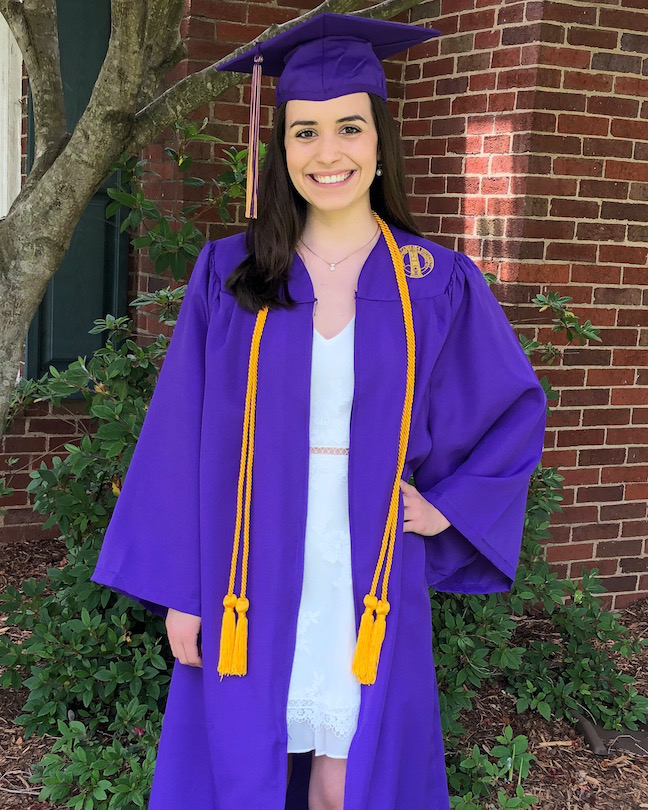 Annie is currently enrolled in the Accelerated Bachelor of Science in Nursing at the WCU Biltmore Park campus. Her long-term goal is to become a bilingual nurse.

To current students in the program, Annie recommends:
Take advantage of any opportunity that will push you out of your comfort zone! By doing that, you’ll find yourself growing in more ways than you ever imagined. 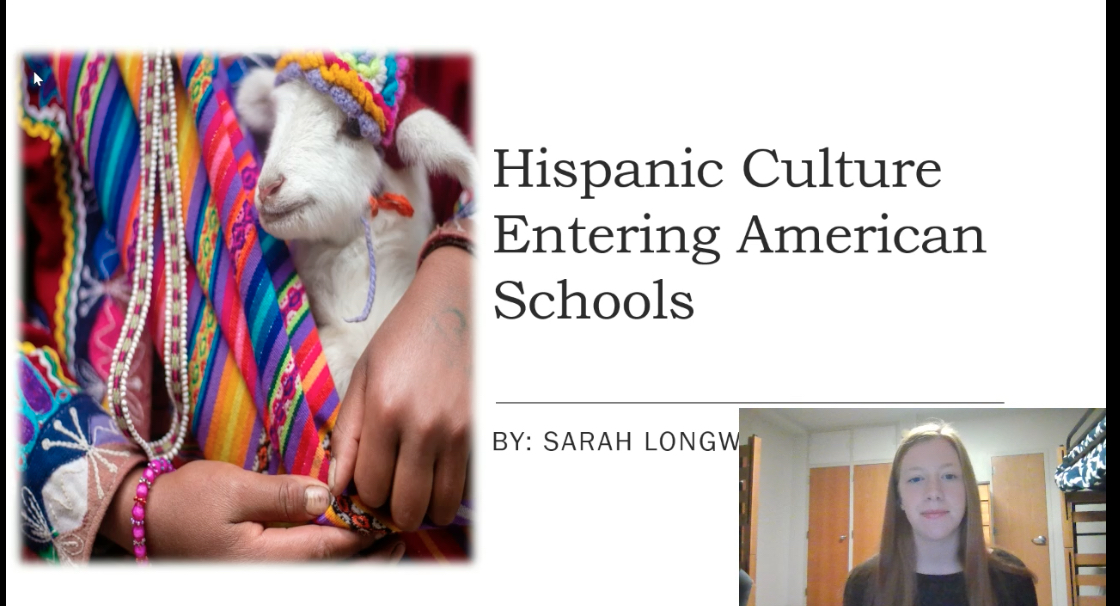 Welcome to the WCU Spanish Blog. Here you will find information about events that our program organizes, as well as news about our students and faculty. There is also a space reserved for our alumni.