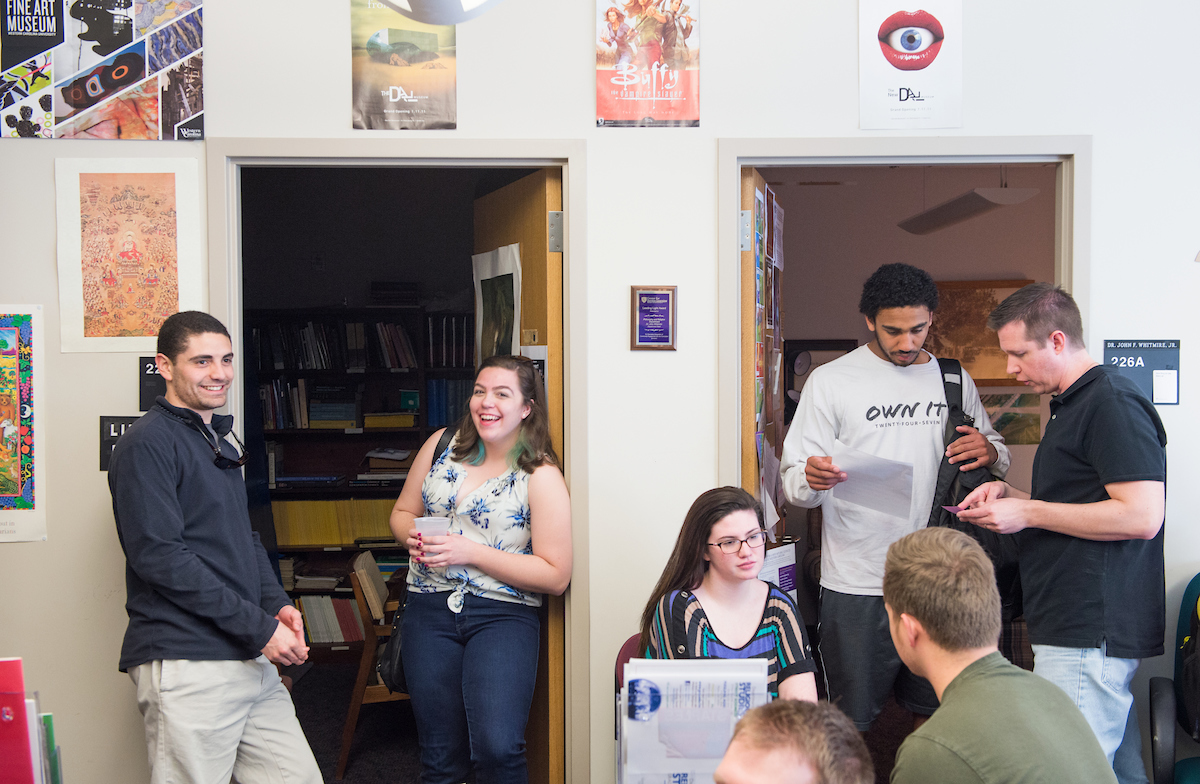 A degree in Philosophy and Religion (PAR) is a stepping stone to success, despite popular misunderstanding.

Most Americans change jobs and professions several times in their lives no matter what they study in college; philosophy majors learn the transferable skills that help them change and adapt successfully.

Philosophy emphasizes reading, analysis, listening, logic, and clear communication – the same talents needed in law, medicine, business, ministry, and other professional occupations. That is why, despite popular misunderstanding, the data show that philosophy majors tend to be professionally and financially successful.

We count amongst our ranks Supreme Court justices, tech billionaires, politicians, and leading figures in the fight for social justice from ancient times to the present day.

Our graduates have gone on to a wide variety of programs and professions including medicine, law, counseling, business, teaching, music, art, city planning, and more.

Who Employs Philosophy and Religion Graduates?

In short, just about everybody. Our graduates work in corporations, small businesses, government, and non-profits. Because the skills learned by philosophy majors are so flexible and so widely valued, our graduates have ended up in practically every sort of workplace imaginable.

Philosophy and religious studies emphasize the same skills tested on most graduate school entrance exams: verbal reasoning, analytical writing, and reading comprehension. That is probably why philosophy majors rank highly on the LSAT, GRE, GMAT, and many other graduate entrance exams. Philosophy has long been considered an excellent choice for students headed to law school both because of its emphasis on reasoning and argument, and because of its focus on ethics and justice.

Philosophy majors rank at or near the top of the LSAT almost every year and continue to get into law schools at an excellent rate.

According to a recent study:

WCU Philosophy majors have been accepted into graduate programs at such prestigious universities as Emory, Georgia, Villanova, Duquesne, Vanderbilt, Kansas, Colorado and Rutgers.

Tips on Applying to Graduate School from the American Philosophical Association

Hear from students just like you about what it's like to be a Philosophy and Religion major. Discover research from our faculty and staff, and keep up with the latest events on-campus and around town!