Andrew Denson teaches courses on Native American and United States history and participates in WCU's Cherokee Studies program. He is the author of Demanding the Cherokee Nation: Indian Autonomy and American Culture (University of Nebraska Press, 2004) and Monuments to Absence: Cherokee Removal and the Contest Over Southern Memory (University of North Carolina Press, 2017), as well as articles in various journals and edited collections. His current research deals with the public memory of the Native American past. He grew up near Chicago and earned degrees from the University of Illinois and Indiana University. 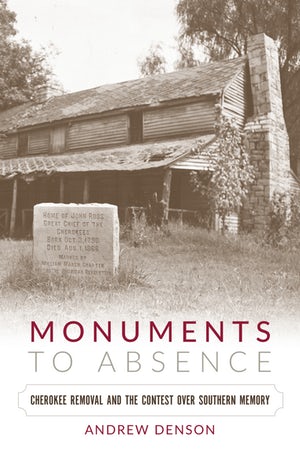