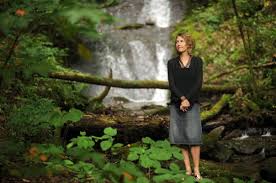 Laura Wright specializes in postcolonial literatures and theory, ecocriticism, and animal studies. Her monographs include Writing Out of All the Camps: J. M. Coetzee's Narratives of Displacement (Routledge, 2006 and 2009) and Wilderness into Civilized Shapes: Reading the Postcolonial Environment (U of Georgia P, 2010). She is lead editor (with Jane Poyner and Elleke Boehmer) of Approaches to Teaching Coetzee's Disgrace and Other Works (MLA, 2014). Her monograph The Vegan Studies Project: Food, Animals, and Gender in the Age of Terror was published by the University of Georgia Press in fall of 2015.