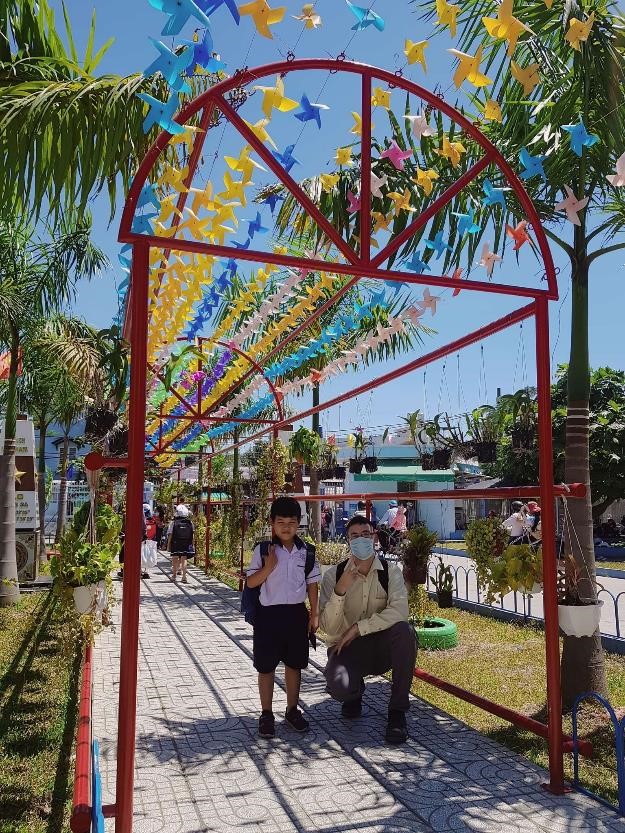 "Xin chao Dr. Bego," reads the opening of an email I received recently. The sender is one of my former students, Greyson Rowlands, who is currently teaching English in Vietnam for Major Education, a company that employs native English teachers to teach English at several public schools across Ho Chi Minh City.

Greyson teaches English approximately 20 hours per week, mostly to students in grades 1, 2, 3, and 7. He always has a Vietnamese teacher with him to help in explaining concepts or instructions, and his students he says, "are always happy to teach me something about Vietnam – whether it’s about culture, food, or language." 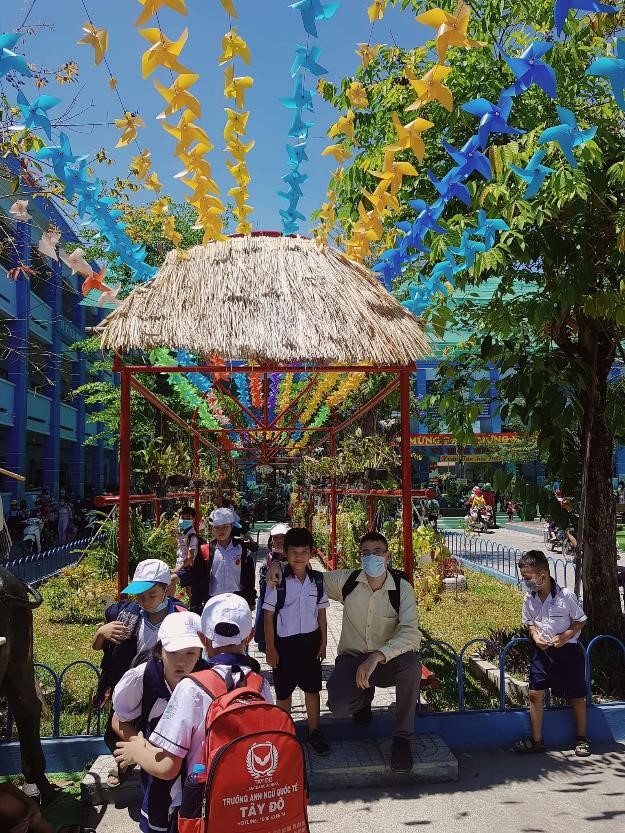 He attached pictures to the email, confessing he is not always good at taking pictures but he really wanted to share with us the work he is doing in Vietnam. "Two of the pictures are with one of my students and the other is in front of a peculiar monument at my elementary school," he says. "It was erected to commemorate the establishment of Dao Truong Sa as a Vietnamese island despite territorial disputes, especially with China. I always think it’s interesting to see something so nationalistic at a school for young children." 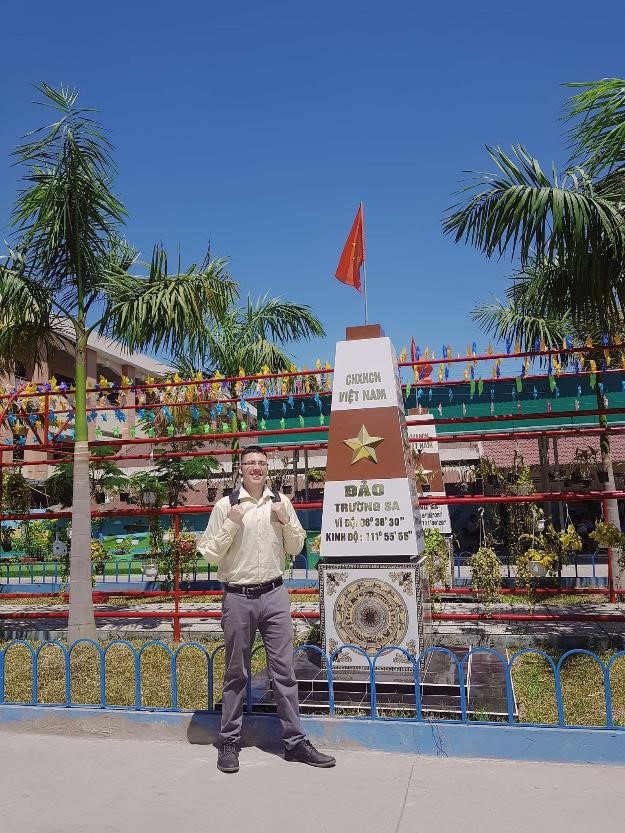 Greyson plans to be in Vietnam for another year to strengthen his Vietnamese language skills. He is taking language classes and actively practicing. Afterwards, he plans on moving to Quang Tri Province in Central Vietnam to work with an organization that clears unexploded bombs left over from what is known here as the "American War." 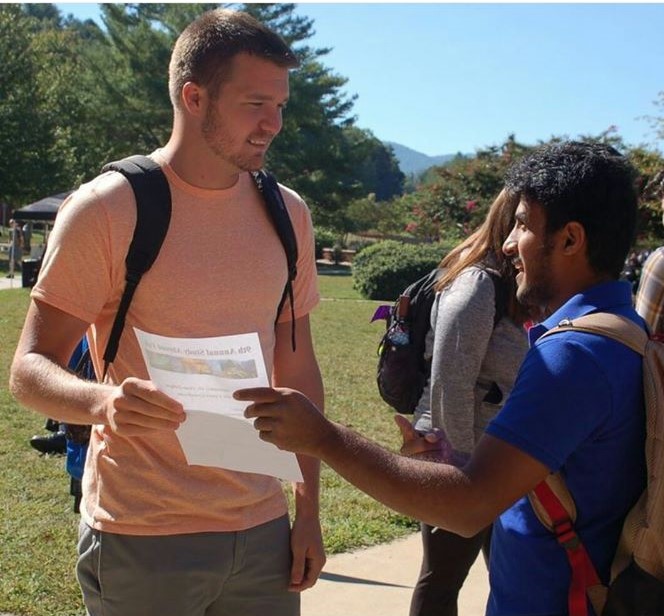 Keep in touch with International Studies at WCU. Check out what’s happening on campus and see what our students, faculty, and alumni are doing.