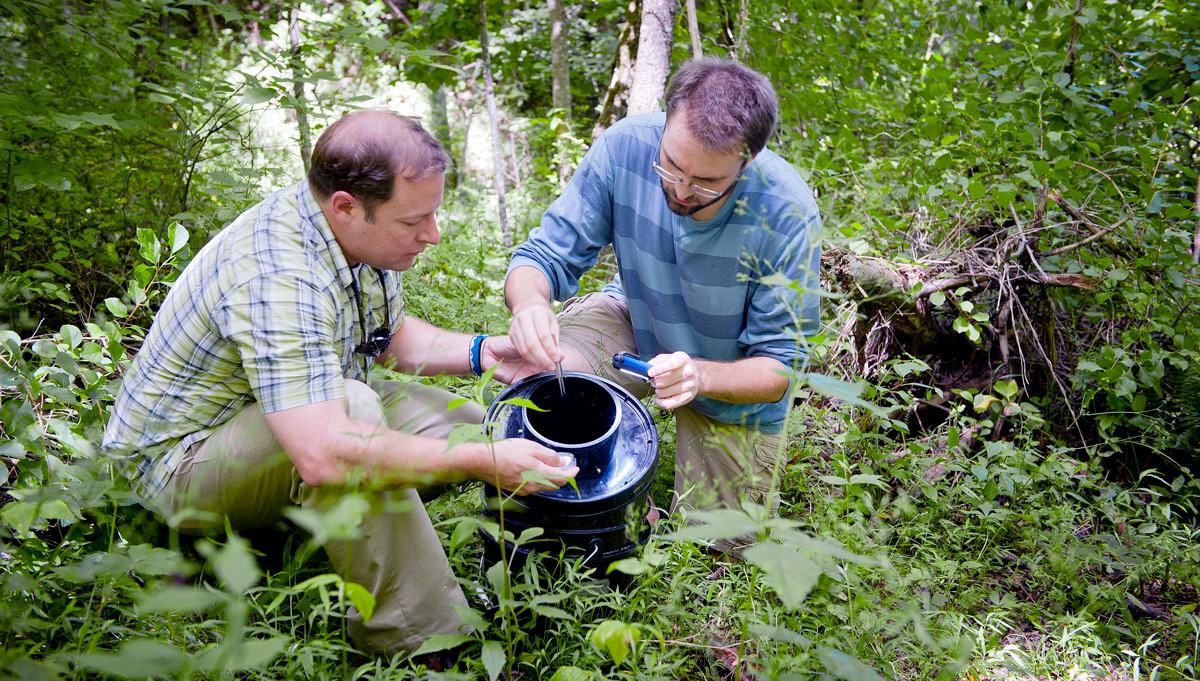 Our research primarily focuses on domestic mosquito-borne diseases in the western North Carolina region. We use an eco-epidemiological approach to current and emerging issues. Specifically, our principle research activities focus on La Crosse Encephalitis. This viral disease is responsible for the majority of human mosquito-borne disease in NC and is found predominately in the western counties. We have developed a strong collaboration with Dr. Gideon Wasserberg (UNC-Greensboro) to address fundamental questions of how human behaviors (e.g., anthropogenic impacts) increase the risk of exposure to La Crosse virus in western NC.

Every summer, local children (typically less than 16 years old) end up in hospital intensive care units suffering from La Crosse encephalitis, a viral infection and inflammation of the brain. The cause of this illness: the bite of mosquito infected with La Crosse virus. Although death is rare (Case Fatality Rate <1%), the social and economic burden of the disease is high, especially when life-long disabilities result from the infection. In general, the annual number of recognized La Crosse encephalitis cases in western North Carolina appears to be increasing. However, these recognized cases represent the “tip of the iceberg” in terms of virus transmission. For every one recognized case of La Crosse encephalitis, it is likely that many, many more individuals were exposed to the virus through a mosquito bite. In addition, it is likely that a substantial number of clinically apparent La Crosse virus infections that occur each year in NC are not diagnosed.

The disease is caused by a virus (La Crosse virus) that is transmitted by the bite of a mosquito.

Encephalitis is an inflammation of the brain (encephalon = brain).

Additional information about La Crosse Encephalitis (including maps and mosquito fact sheets) may be found here.(NC Department of Health and Human Services, Division of Public Health)

More information about prevention may be found here. (Centers for Disease Control and Prevention) 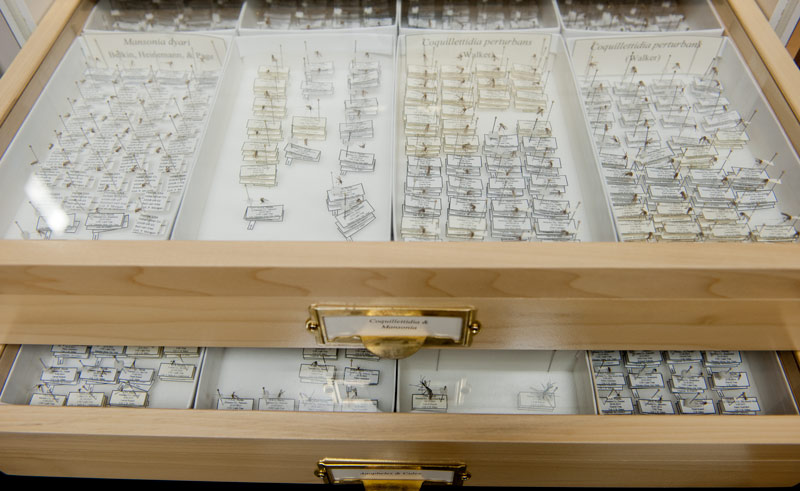 In addition, we also collaborate with Dr. George O’Meara (University of Florida) investigating the impact of an invasive mosquito species ( Aedes japonicus) from Southeast Asia on our native rock pool mosquito (Aedes atropalpus) populations. Our studies on the impact of this invasive mosquito species have demonstrated the dynamic nature of mosquito-borne disease ecology. This mosquito is now found in high abundance in western NC and has likely displaced a native mosquito species. The public health implications of this invasion are profound because the invasive species is known to be capable of transmitting La Crosse virus.