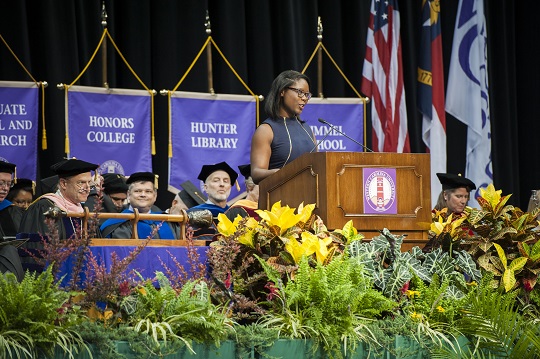 New Student Convocation is an important event that marks the official welcome to the university. We are excited to congratulate and celebrate the arrival of WCU's new students with an event they will not forget. Please join our new Catamounts to honor this milestone event and also enjoy the opportunity to hear from keynote speaker: Bakari Sellers! 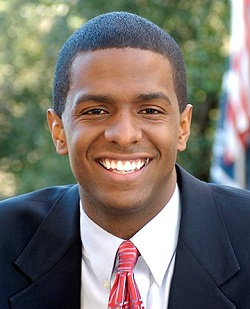 Bakari Sellers made history in 2006 when, at just 22 years old, he defeated a 26-year incumbent State Representative to become the youngest member of the South Carolina state legislature and the youngest African American elected official in the nation.

In 2014 Sellers won the Democratic nomination for Lt. Governor and is widely considered to be a rising star within the Democratic Party and leading voice for his generation.

Sellers earned his undergraduate degree from Morehouse College, where he served as student body president, and his law degree from the University of South Carolina. He has followed in the footsteps of his father, civil rights leader Dr. Cleveland Sellers, in his tireless commitment to public service while championing progressive policies to address issues ranging from education and poverty to preventing domestic violence and childhood obesity.

In addition to his impressive list of early accomplishments, Sellers served on President Barack Obama's South Carolina steering committee during the 2008 election. That coupled with his uncommon ability to reach across the aisle and get things done has led to numerous accolades including being named to TIME Magazine’s 40 Under 40 in 2010 as well as 2014’s “The Root 100” list of the nation’s most influential African-Americans. Sellers has been a much sought after public speaker and has provided political and social commentary and analysis on many major national news outlets.

He has served as a featured speaker at events for the National Education Association, College Democrats of America National Convention, NAACP, the 2008 Democratic National Convention and, in 2007, delivered the opening keynote address to the AIPAC Policy Conference in Washington, DC. 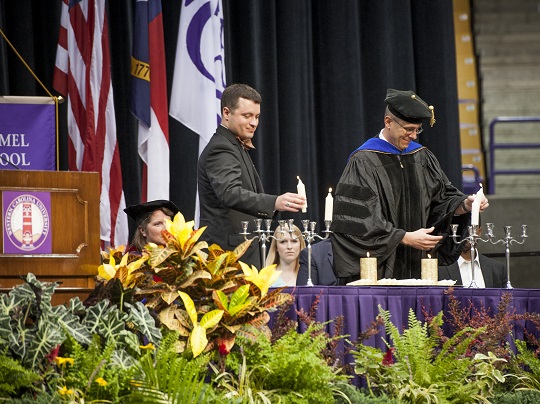 An inspiring keynote address from Bakari Sellers.
Bakari Sellers made history in 2006 when, at just 22 years old, he defeated a 26-year incumbent State Representative to become the youngest member of the South Carolina state legislature and the youngest African American elected official in the nation.

The Pride of the Mountains Marching Band
The band will perform and introduce you to the WCU alma-mater, inviting you to join them in singing along.

Candle Lighting Ceremony
A beautiful and symbolic tradition with the Academic College Deans and your upper-class peers The candle lighting represents faculty and students acting together to achieve enlightenment through acquisition of knowledge. Once lit, the candles serve as a reminder of your pride in Western Carolina University and its permanent place in your heart.

Banner Signing
New students will each sign the Student Community Creed. By signing this Creed, you are signifying that you are joining a community of scholars who will cherish your education and give back to this great institution and our community.

Class Photo
New Students will dismiss to the football field where they will be given a class of 2023 t-shirt and have their official class photo taken!