The Chancellor's List is an honor and designation that recognizes the exemplary accomplishment of Undergraduate students who have earned a 3.8 GPA during the previous semester at WCU.  Students who have earned this prestigious award are role models as university citizens, having demonstrated their commitment to academic and personal excellence. These students understand that while it is important to excel in the classroom, it is equally important to engage with their community – on campus and in the region – and to make a difference in the lives of those around them.  It is with great pride that we recognize Chancellor’s List recipients for their hard work and commitment to success! 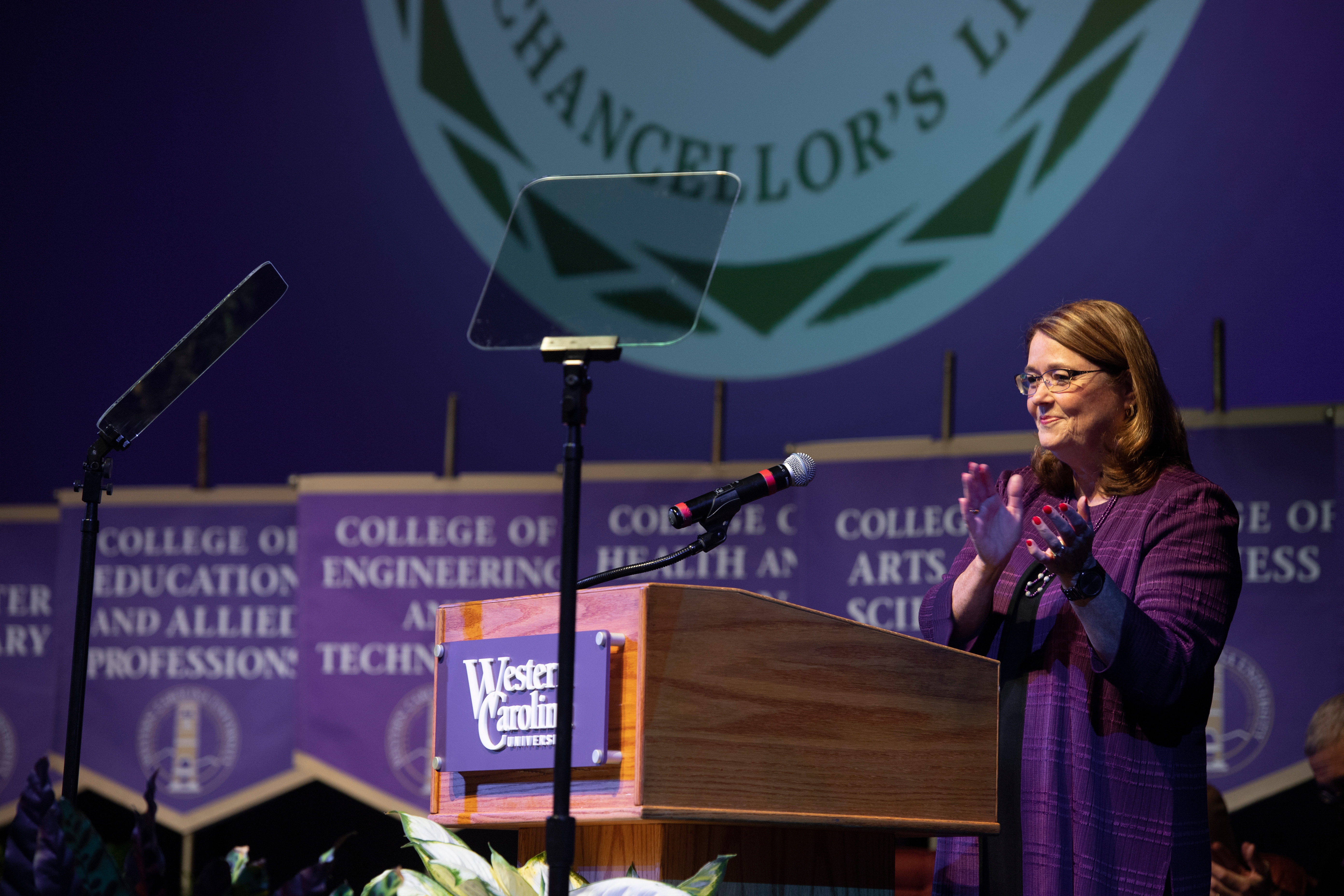 This celebration and reception is hosted each semester, in September and February. Each celebration features remarks from the Chancellor and Provost, in addition to an inspiring keynote address. Distinguished speakers and leaders, known for their accomplishments, grit, and dedication to success, share diverse perspectives and personal passions. A reception follows the remarks, during which students pick up their certificates and enjoy refreshments.

Preston Blakely is an Asheville native, but has called Fletcher, NC home for over 20 years. Blakely received his Bachelor of Arts Degree from UNC Greensboro in Political Science adjoined with African American and African American Diaspora Studies. He then continued his academic pursuits at Western Carolina University, attaining his Master of Public Affairs in 2019.  He was named Outstanding Public Affairs Student in Public Management upon graduation.

Above all else, Blakely values service of family and community.   When Blakely graduated with his master’s, he decided to work with his family business in Asheville, Quality Janitorial Group, Inc. He is still serving as manager today, alongside his parents (both born in Asheville).  The family business has supported the local economy, community, and residents while served a variety of commercial industries throughout Western North Carolina now for over 30 years (begun in 1990).  Blakely is the descendent of an outstanding line of historically active and impactful pioneers including his maternal grandmother, Dr. Oralene Simmons, the first student of color at Mars Hill College, and his paternal grandmother, Patricia Blakely McCurry, one of the first women of color to become a professional bus driver for the City of Asheville.

Blakely was elected to the Fletcher Town Council mere months post-graduation, with a landslide victory of over 70% of the vote. When he took the mayoral election two years later in 2021 (just days after his 27th birthday), Blakely gained 719 votes against his opponent’s 583.  Now heading into his second year in office, Blakely is presently the youngest mayor of Fletcher, N.C. and one of the youngest ever to be elected as mayor in North Carolina.  His first year in office has been tracked and covered by news entities across the state and country, including ABC13News (WLOS) and Blue Ridge Public Radio (BRP), The Mountain Xpress and The Urban News, multiple UNC system universities, and the Citizen Times and BlueRidgeNow of the USA Today Network. Fletcher is home to just under 8,500 residents.

In following the footsteps of leaders before him, Blakely’s passion for family, community and career is apparent.  He has not faltered in his dedication to the individuals and community which supported him throughout his life and career.  As both Town Council member and now Mayor, Blakely has prioritized growth and inclusivity, while maintaining the “hometown quality” of Fletcher.  His present ventures include the "Heart of Fletcher - Fletcher Town Center" project and continuing to align his goals with and serve Fletcher families and hardworking Town staff.