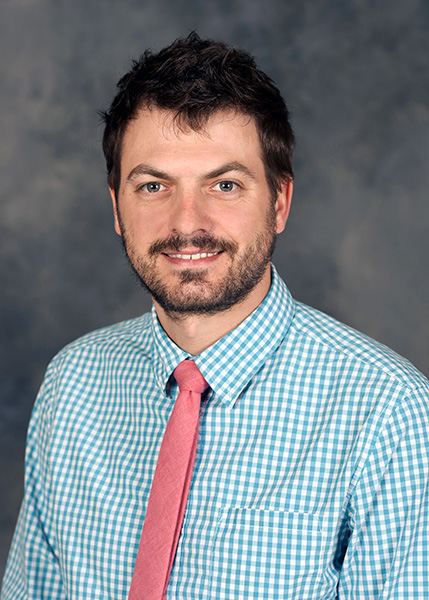 Email: rjclines@wcu.edu
Office: 203B McKee Building
Personal Website: https://linktr.ee/robertclines
Pronouns: he, him, his

In addition to teaching in the History Department, I am jointly appointed in International Studies.<br><br>My research and teaching interests focus on Orientalism, race, ethnicity, and religious identity in the medieval and early modern world, with a particular focus on the Mediterranean.<br><br>My first book, <i>A Jewish Jesuit in the Eastern Mediterranean</i> (Cambridge UP, 2019), explores the personal letters, official correspondence, and autobiography of Giovanni Battista Eliano, a sixteenth-century Jewish-born Jesuit priest. By tracing the ways that Eliano confronted the entanglement of his Jewish past and Catholic identity, this book illuminates what it was like to be a convert and in turn nuances our understanding of the ways in which individuals both constructed and performed richer senses of themselves and became agents of change in the early modern Mediterranean.<br><br>I have published numerous essays and book reviews. My essays explore Catholic missions to the Levant, Egypt, and Ethiopia; Jewish conversion to Catholicism; European visions of Eastern Christianity and Islam; Mediterranean identity formation and cross-cultural interaction; foreigners in baroque Rome; and the Palestinian-American comparatist, activist, and cultural critic Edward W. Said.<br><br>I’ve received a number of fellowships and prizes: a Rome Prize from the American Academy in Rome; a postdoctoral fellowship from the Center for Research in the Arts, Social Sciences, and Humanities at the University of Cambridge; and predoctoral residency fellowships from the Andrew W. Mellon Foundation and the US-Italy Fulbright Commission.<br><br>I currently serve as Vice President and Co-Chair of Communications and Outreach for the Society of Fellows of the American Academy in Rome.<br><br>You can follow my blog, Twitter, and Instagram via my bio link

I teach courses on the Mediterranean, religion, travel writing, and race. I am developing courses on European visions of Islam and Orientalism, Imperialism, and Classics.<br><br>I seek theses on premodern race and ethnicity, interfaith encounters, as well as projects that warrant unorthodox, theoretical, and non-traditional methods in the exploration of comparative history and the history of the constructions of race and Orientalism. I welcome students of color, women, LGBTQIA2+ students, first-generation college students, and students from historically underrepresented groups.<br><br>I also conduct faculty-led summer courses to Italy. I am currently planning a trip to Rome and Pompeii for Summer 2022. See my bio link for more details.

My current book project, <i>Ancient Others: Race, Orientalism, and Empire in Italian Renaissance Humanism,</i> explores how Italian writers positioned themselves as the rightful heirs of Roman Mediterranean hegemony. This project engages with critical race, postcolonial, and cultural theories to argue that Italian humanists used racialized language as a means of reconciling ideologies of universal liberty and virtue with visions of conquest, settler-colonialism, and empire.<br><br>I have a number of ongoing essay projects: race-mixing and whitewashing in Petrarch's epic poem <i>Africa</i>; alterity and the exilic experience in the Eastern Mediterranean; religious plurality and failed ecumenism in late 16th-century Rome.<br><br>I am also co-writing a book on climate change, urban renewal, and ruins in Early Modern Rome, with Kristi Cheramie, Head of Landscape Architecture at Ohio State.