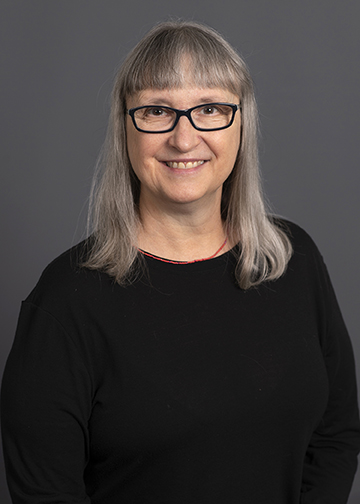 Born and raised in Kansas City, home of the 2019 Superbowl Champion Kansas City Chiefs, Beth still says typical Midwestern things like "Ope" and truly believes that KC BBQ is the only real BBQ and that your opinion on that doesn't matter. With a preacher father and a political-operative mother, it was natural that Beth would end up with an expertise in Political Rhetoric. All that really means is that she watches C-Span and reads WaPo all the time and was really good at assessing political trends up until 2016, when everything stopped being predictable in any traditional way. She has a Ph.D. in Rhetoric and in History with a focus on the rhetoric of the Cold War and the Civil War. Her web database, <i>The Political Rhetoric Archive</i>, was published in October of 2019 with a large number of Civil War rhetorical documents. She is currently working on the Cold War section with a hopeful roll out in December of 2020.<br><br>Beth is also a playwright and musician. Her full-length play <i>Piece of the Sky</i> was a semi-finalist in the 2019 Austin Film Festival, Play Writing Division, and is currently being prepped by an Asheville-based company for production. Her band, Godot Figure, only plays during the summer because all y’all make it impossible to do anything else but teach and research during the school year…but she’s not bitter about that… well, mostly. Seriously, Beth is proud to be a part of this wonderful WCU family.