This award is presented annually at the Cullowhee Conference on Native Plants in the Landscape. When initiated in 1987, it was called the “North American Native Plantsman Award.” The first recipient was Tom Dodd, Jr. In 1988, the award committee changed the designation to the “Tom Dodd, Jr. Award of Excellence.”

The native plant movement in North America is characterized by many diverse and enthusiastic individuals and organizations, each pursuing their own native plants agenda. These diverse activities fall into the following categories:

We have sought out those individuals and organizations that have excelled in one or more of these categories. The award recipients to date are: 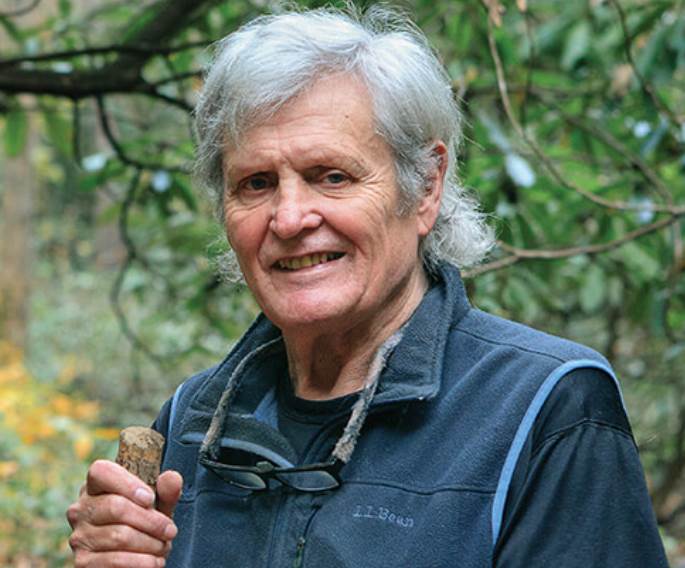 The 2021 recipient of the Tom Dodd, Jr. Award of Excellence was George Ellison. As his nomination letter notes, “George has spent a lifetime promoting the conservation and understanding of the native flora of the Southern Highlands. He has expanded the knowledge of and instilled a love of native plants and ecosystems for thousands of people through his workshops, lectures, field trips, articles, poetry, books, and contributions to documentary films.” Among his many accomplishments, George has numerous acclaimed publications including, Literary Excursions in the Southern Highlands: Essays on Natural History (2016, Arcadia Publishing and The History Press); Permanent Camp: Poems, Narratives and Renderings from the Smokies (June 2012, The History Press); Mountain Passages: Natural and Cultural History of Western North Carolina (2005 Charleston SC: The History Press); A Blue Ridge Nature Journal: Reflections on the Appalachians in Essays and Art (2006 Charleston SC: The History Press); and High Vistas: An Anthology of Nature and Descriptive Writing from Western North Carolina and the Great Smoky Mountains Volume I 1674-1900 (2008, Charleston SC: The Natural History Press) and Volume II 1900-2009 (2011 Charleston SC: The Natural History Press). These books are also beautifully illustrated with Elizabeth Ellison’s art. His nomination letter also notes that, “George has a special, unique talent to convey the specialness and beauty of this region and create lasting connections for his readers.”

Many Cullowhee Native Plant conference attendees have had the pleasure of joining George on field trips that he took to the Blue Ridge Parkway. His excitement in sharing rare and endemic plants on the vertical seep bogs of the Wolf Mountain overlook could not be dampened, even by pouring rain! Although, he has been recognized by other organizations for his immense contributions and understanding of the flora of the Southern Highlands, we would be remiss if he were not also acknowledged by the Cullowhee Conference for his extraordinary contributions to the study and understanding of our native flora! It is with great pleasure that we congratulate George Ellison on his outstanding body of work and proudly award him the Tom Dodd, Jr. Award of Excellence.

There remains a wealth of potential recipients. The award committee encourages each conference attendee to consider an outstanding candidate and to nominate that person or organization. Your nomination should include, in detail, background information and the accomplishments of the candidate. Additional letters of recommendation from other persons supporting the nomination of your candidate are indeed welcome.

The Awards Committee wishes to thank all who have participated in the recognition of, and awards bestowed upon our recipients. 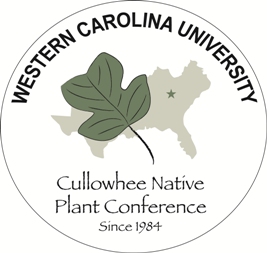